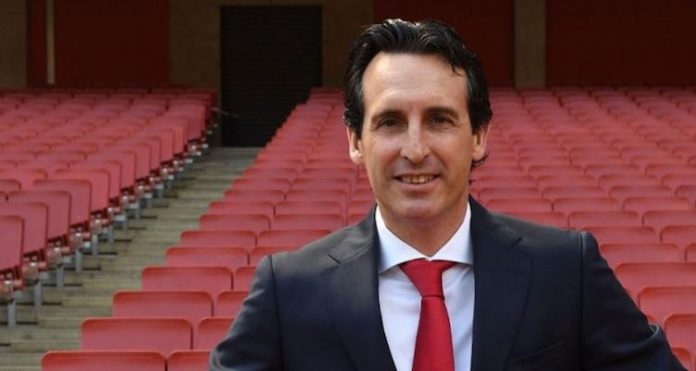 In Arsene Wenger’s final season, the twin challenges of the Premier League and Europa League saw him use his squad in a specific way. The former was for what was considered his ‘first team’, and the latter for fringe players and, more importantly, young players.

You could easily see the logic in that and why he chose to approach things the way he did. It allowed him to rest his key men for domestic games, ensuring that his squad players retained match sharpness while at the same time giving some youngsters a chance to impress and force their way into his thinking.

It didn’t really work out the way he would have liked though. Europe was ultimately more successful than the Premier League, reaching the semi-finals and in the circumstances of those games we should have qualified, instead we blew our chance in the first leg against Atletico Madrid and paid the price in the second.

At that point though, we had a mirror image of how the players had been used at the beginning of the campaign. It was the main men for Europe and in the Premier League we saw him hand starts to the likes of Joe Willock, Reiss Nelson, Konstantinos Mavropanos, and Ainsley Maitland-Niles in midfield rather than at full-back.

For this season ahead, Unai Emery has the very same challenge to deal with, and I suspect that he might well approach things in a similar manner to Wenger. It would be no surprise to see young players and those who aren’t considered first XI material at that point play the games in the group stages. The Thursday–Sunday schedule almost demands that, and you would hope that these players have the quality necessary to qualify for the knock-out stages.

Where it went wrong for the former manager though was his unwillingness to really foster a competitive environment. Performances in Europe didn’t really make much impact on his Premier League selections, and when things went wrong he tended to double down on his senior men rather than let some of them sit things out when their performances weren’t up to the required standard.

Perhaps, in some ways, it was more an inability than an unwillingness. While the form away from home in the league was poor, it wasn’t as if we were scintillating in Europe either. We scored one goal in 180 minutes against a pretty poor Red Star Belgrade side, we lost away at Cologne, and even got beaten by Ostersunds FK at the Emirates.

The main beneficiary of the Europa League was Maitland-Niles who was the manager’s wild card at times. He started him at left-back in games against Liverpool and Newcastle, over the apparently available Sead Kolasinac, but even then I’m not sure playing a midfielder in defence over a player in his first season at the club was sending the message that nobody could take their place for granted.

Jack Wilshere played his way into fitness via the Europa League and Carabao Cup, but his ascension into the ‘first team’ didn’t bring with it much of the productivity we needed. He finished the season with just three assists and one goal in the Premier League. Mohamed Elneny was another who began the season on the fringes and ended up impressing at times, but in truth, as much as I think he’s a very useful squad player and I’m glad to have him, the bar was very low last season.

Some of that second-string, such as Olivier Giroud and Theo Walcott were sold, while the young players were sidelined and left out until the end of the season when nothing mattered any more domestically and it made it ok to give them some playing time. So, the challenge for Emery is to ensure that the twin challenges of the season don’t create a two-tier system, instead something more approaching a meritocracy when possible.

It looks like we’re signing young midfielder Yacine Adli from PSG, and when you look at the crop of youngsters coming through like Maitland-Niles, Nelson, and the free scoring Eddie Nketiah, there’s real scope for the new boss to give them their chances in the Europa League. He’s also somewhat unburdened by the intense, relentless pressure Wenger found himself under – and although he was always a strong-minded person, it must surely have had an impact.

When you’re faced with a selection decision, it’s probably easier to go with a player who you know has done it for you before but who might be struggling with form, rather than someone still learning their way in the game. The thinking becomes conservative when perhaps the alternative is the right way ahead.

Speaking at an event before the start of last season, the Frenchman spoke about what it means to give young defenders first team chances:

You pay for the education of young players with points. I play a young central defender of 20-years-old and I know he will cost me points in the season. I have to stand up for that.

But when your senior players drop more and more points, it becomes even more difficult to play that 20 year old because you know that his reality could cost you even more. It might be the brave decision, but is it the right one? You can understand why it’s easier to stick with the devil you know than the one you don’t.

Does Emery’s blank slate give him more scope to make the brave decisions over the course of the season? I hope so. I think Europe will be interesting because it will show us how he’s going to manage the next generation, and I do believe there’s a very good crop of young players coming through. If their performances merit greater inclusion as the season goes on, I’m all for him giving them their chances. It might be hit or miss, but it’d be better than seeing the usual suspects miss in the same way week in, week out.

At Arsenal we know the challenge is to get the team back into the top four to start with, so while he won the league with PSG and any league win is worthy, he’s got considerably more work on his hands with this new job than he did there. How he juggles it all is certainly going to be interesting and he’s at a point in his career where he’ll be eager to show he’s more a man for Europe’s top table than its poor relation.

I’m excited to see how he gets on. That’s your lot for this morning. More, and some kind of Arsecast, tomorrow.