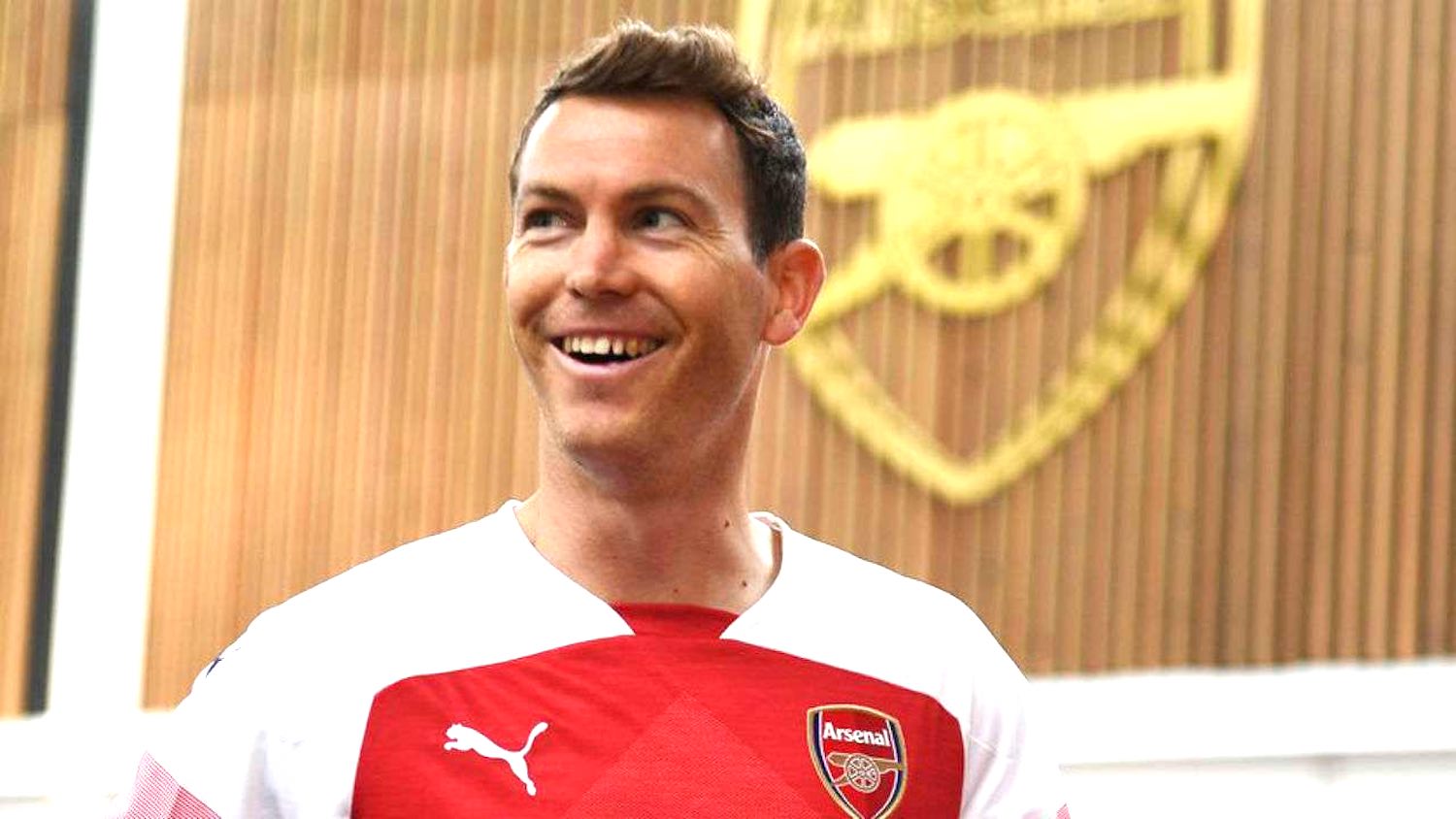 So the first signing of the Unai Emery era was made official yesterday as it was announced that Stephan Lichtsteiner has joined on a free transfer after seven hugely successful seasons with Juventus.

He won seven successive Serie A titles with the Italian giants, as well as some cups along the way too, and brings with him a wealth of experience – not least because he’s 34 years of age. Quite how much Emery had to do with this signing is another thing, the first links to him came just a day or so after the Spaniard was announced so it feels like one which has been made by committee in advance of his arrival, but the the new manager was enthusiastic about the Swiss international, saying:

Stephan brings huge experience and leadership to our squad. He’s a player with great quality with a very positive and determined attitude. Stephan will improve us on and off the pitch.

On the pitch he’s being brought in as back up to Hector Bellerin but not only is he there to share the workload with the younger man, it’s surely a move designed to further his education as a player. Bellerin has got huge potential, in my opinion, but since his breakthrough hasn’t had either the competition for his place or the senior player in the squad to learn from to help him really develop the way he should.

There’s so much to be said for having players in a squad who can provide guidance, working in tandem with what the coaches do, and for Bellerin the arrival of Lichtsteiner should be seen as an opportunity to learn from a man who has been there, done that and worn the t-shirt. I feel like people don’t take him seriously because he likes to wear clothes and his hair isn’t to their taste, but when you listen to him talk about his career and ambitions, he’s very serious about it and I think he’ll very much appreciate having a more experienced head in the squad with whom he can work directly.

Emery, meanwhile, also mentioned what the new man might bring ‘off the pitch’, and that’s an important consideration too. We have a group of players who clearly have talent and ability – as our home record this season illustrated – but who lack something mentally. It will take more than one player to fix that, regardless of how many times he’s been around the block, but it was definitely a problem last season, he can help, and this is a signing made because it’s an issue we need to address.

His remit seems clear: to help Arsenal get back into the top four, into the Champions League and then beyond, as he outlined in his interview with the official site:

And he’s obviously been told he’s free to impart his knowledge and wisdom of playing for a big club that wins things:

The important thing is what you do on the pitch, that you are an example for the young players, for the old players, that everybody knows that this guy will help us. Like me also, I need to know that everybody helps me. This is the team spirit that we need to have, to have the confidence to give each other to help us.

There’s an element of risk to every signing, and at 34 years of age he’s definitely not one for the future, but Arsenal also need to consider the now, and on that level his signing makes a lot of sense. We have a 23 year old right back on a long contract who has the potential to become a very, very good player, but at times he’s been left with too much to do, too often.

You think back to last season when Bellerin was so good against Atletico Madrid in the first game, but not so much in the second, and you can’t help but look at the fact he played 90 minutes between the two important fixtures in one which meant absolutely nothing to our season. That’s the kind of a game a player like Lichtsteiner could play next season. Or, if form dictates, then it’s the other way around but at least we now have that option.

He speaks good English already, he’s at an age where it will be easy enough for him to settle in and get used to a new club and country, plus his record of success and his uncompromising style (perhaps another factor in the decision to sign him), makes this a very sensible signing on paper. On the pitch is another matter, of course, but I think this is a challenge he’ll relish in the final stage of his career.

So, one in, ? more to go. It looks as if the arrival of Sokratis Papastathopoulos is imminent, so that will add more experience to a defence that really needs it in the wake of Per Mertesacker’s retirement and the dreadful injury suffered by Laurent Koscielny. It’s sensible business done nice and early, and that in itself could be seen as a change from the way things have gone in the past at times.

What else this transfer window has to bring remains to be seen, but this appears to be a decent start.

Unai Emery has a right sided conundrum to consider

Bellerin’s injury could be an opportunity for Maitland-Niles