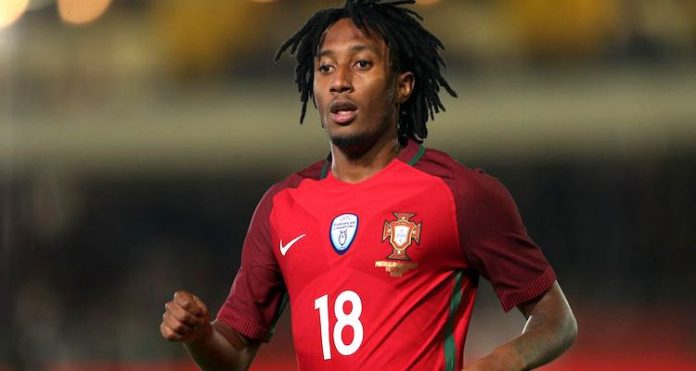 He is seen as a key part of the new project at the club, and the Gunners have sent scouts to watch him [X] times. His natural [DEFENSIVE/ OFFENSIVE] qualities are considered vital to the team that new boss Unai Emery wants to build in his first campaign in North London.

For authenticity, contact between the player and his representatives was made by [SVEN MISLINTAT/ RAUL SANLLEHI], and it’s believed a deal could be done be done as early as [RANDOM DATE]. However, because of [OBVIOUS POTENTIAL COMPLICATIONS] it might run on longer than that.

[SELLING CLUB] are insisting on a [FEE/ UP-FRONT PAYMENT/ SELL-ON CLAUSE/], while the [FOREIGN PLAYER] wants to ensure that the [SALARY/ CONTRACT LENGTH/ BONUSES] are to his satisfaction. What might make things even more difficult is the fact that Arsenal have to deal with [FAMOUSLY STERN AGENT/ RENOWNED CROTCHETY PRESIDENT] of [SELLING CLUB], and their ability to change their mind on a whim may delay matters or even put the deal in jeopardy.

All going well though, [FOREIGN PLAYER] should be a Gunner some time [BEFORE/ AFTER] the [ARBITRARY DEADLINE/ SUMMER TOURNAMENT], and fans will be excited to see what he can bring to the team.

If for some reason agreement cannot be found, Arsenal will turn their attention to [DIFFERENT FOREIGN PLAYER] whose situation is less complicated, but still complicated enough that a vague article with many variables can be construed as inside info.

It is worth remembering that during the summer – a time known also as ‘Silly Season’ – there are many actors who ensure that the airwaves and papers and information superhighways are filled with stories about transfers.

Clubs are in on it. Agents are in on it. Media outlets are in on it. Players are in on it. Websites are in on it. It’s all in the game, yo. There are vested interests at play here, and it is important to retain that pinch of salt when reading/listening to transfer rumours. Sometimes it’s more than a pinch, a good fistful perhaps, other times a bit less, but saltiness is imperative if one wants to keep sane throughout the off-season. Do not go salt free.

Still, these kind of stories dominate and they are almost impossible to ignore. To those who can close their hearts and minds completely to them, letting it all play out without getting invested in any way, fair does. In some ways I view you in the same way as I do those people who can get on an airplane, fall asleep before take off, and wake up just as we land. It’s jealously, I admit it, but the rest of us have to stay awake for the entire flight, growing more and more uncomfortable by the hour.

Yesterday, we were linked against with Sporting Lisbon winger Gelson Martins. He’s 23 and got 13 goals and 13 assists last season. We went in with an initial €30m bid which was turned down by the club and [RENOWNED CROTCHETY PRESIDENT] of [SELLING CLUB], so we went back with another bid of … er … €30m.

That was also rejected, but there’s a story doing the rounds that because of an attack on the Sporting Lisbon training ground last month, some players have made attempts to terminate their contracts and he’s one of them. It all sounds a bit extraordinary, and I’m not entirely sure why they are even able to do this.

Google Translate and some Portuguese websites aren’t really giving me much beyond the fact they appear to be doing it, but not why. Anyway, we’ll see what happens. I don’t even know if we’re actually interested in Martins, but I do like the simple fact that we’re being linked with an out and out winger.

As it stands, that’s the kind of player we don’t really have in the squad at the moment. Our wide options tend to be playmaker types shifted out there, or central strikers used out there to fit as many attacking options into the front three as possible. There is Reiss Nelson, of course, but he’s still very young and, as far as I’m aware, yet to sign the new deal that was reportedly close to being completed earlier this year.

So, we’ll just have to see what plays out here. All going well though, [MARTINS] should be a Gunner some time [BEFORE/ AFTER] the [ARBITRARY DEADLINE/ SUMMER TOURNAMENT], and fans will be excited to see what he can bring to the team. Unless, of course, the transfer doesn’t go through for [REASONS].