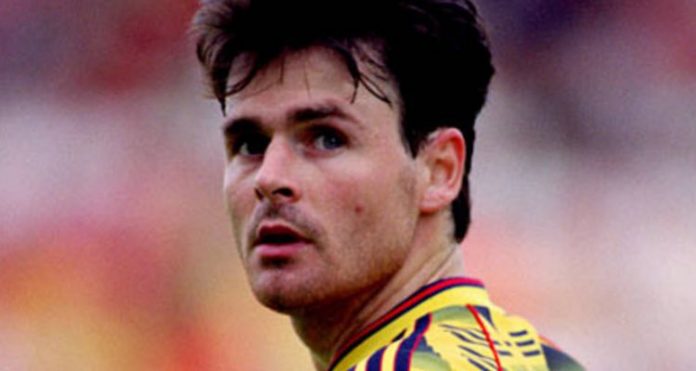 Morning all, it’s a bank holiday here so some quick waffle for you.

I didn’t see any of the legends stuff yesterday, as some of our old chaps played against some of Real Madrid’s old chaps. This was the Arsenal team:

It’s fair to say that some of them are definitely legends, while the legendary status of others is very much up for debate. Nicolas Anelka, for example, played for both Arsenal and Real Madrid, and ultimately his sale to the Spanish giants bought us both Thierry Henry and a new training ground. That’s kind of legendary, but not necessarily in the most conventional way.

That summer of 1999 was quite an interesting one when you look back on it. The Anelka saga, and it was well and truly a saga, overshadowed everything. He was going, he might stay, he was definitely going, he was never going to play football again, he was only interested in going to Lazio – and I seem to recall he came close to a move there.

Then Real Madrid came in with £23m or thereabouts and regardless of how good he was, that was a staggering amount of money at that time. It financed the capture of Henry from Juventus and the construction of a state of the art training ground, and it was probably the first real saga of the Wenger era and the timing of it, coinciding with the burgeoning online stuff, made it even more so.

I sure I remember lots of discussions on the Arsenal World Interactive Message Board at the time about what an ungrateful bollix he was and how his head had been turned by his evil brothers who were only out to make money. Some of that was true, of course, and at some point down the line Anelka was visited by Captain Hindsight and admitted he might have been better advised staying at Arsenal for a bit longer.

Wenger’s dream was to play Anelka with Henry, not replace one with the other, and when you think about it now what a sensational forward pairing that would have been. The pace, power, creativity and finishing ability would have left defenders with brown shorts before they even got on the pitch. What we had with Dennis Bergkamp and Thierry was pretty awesome too, but that all French combo really would have been something to see.

Anders Limpar meanwhile, now he was a legend to me. To this day I can still remember the day I found out he had left. I was working in a pirate radio station in Dublin called KISS FM. At that point I was doing the ‘drive time’ show in the afternoon, and each day we’d get all the newspapers delivered to the studio.

The tabloids were as awful then as they are today, but were still a great place to find silly little stories you could riff with on air. Stuff like:

Steve Stevely (36) from Leamington Spa was arrested after he filled his neighbours fish pond with 100 packets of Birds Eye frozen peas that he shoplifted from his local Asda. He explained, “He keeps parking his car in front my house so I wanted to teach him a lesson.”

Neighbour Bob Bobbington raged, “All my Koi carp are dead from gorging on those frozen veg. I’m not best peased, I can tell you.”

Anyway, I came in for my show that day and picked up the papers to flick through to see what hilarious japery I could share with the listeners and, as you do, you immediately turn to the back page to see what’s going on with sport and, more importantly, football. Imagine my surprise when I see Anders Limpar holding up an Everton shirt and details of his deadline day move to Merseyside were confirmed.

This was transfer deadline day, back then there were no windows as such, you could make deals all season long but at some point in March they shut it all down, and this was a real bolt from the blue. There was no Internet to speak of, there were no platforms through which rumours could spread, so to see your favourite player all of a sudden transferred to another club was quite shocking.

Is that better than a long-drawn out saga though? A quick, clean break versus a lengthy, tedious chain of events during which you just come to hate everyone involved because it’s such a pain in the arse and in the end you’re almost glad to get rid of them? Maybe someone could ask Marc Overmars about it, or something.

Right, not a lot else happening on top of the nothing much we’ve just covered. James and I will be recording an Arsecast Extra for you this morning. If you have any questions or topics for discussion, please let us know on Twitter @gunnerblog and @arseblog and we’ll have that podcast for you around lunchtime.