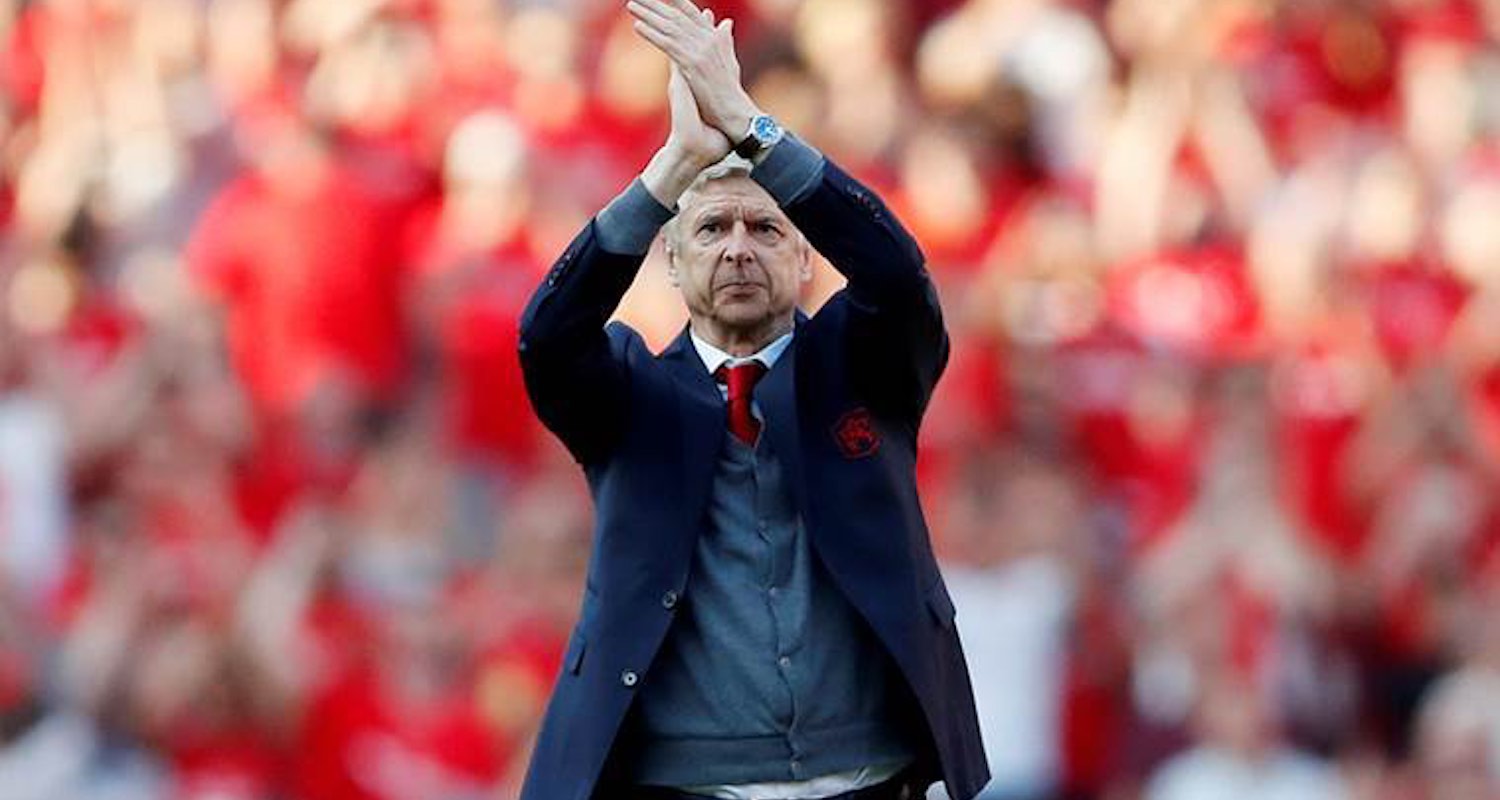 On the day the sun set on Arsene Wenger’s Arsenal experience, it was fitting that it shone so brightly across North London. The mood was almost celebratory, an outpouring of goodwill and sentiment towards a man who has done so much for this football club, perhaps tinged with some excitement about what comes next.

More than anything, however, people came and people stayed to see him manage the side at home one last time, to listen what he had to say, and to show their thanks and appreciation for all the good times.

Burnley didn’t come as party-poopers, that’s for sure, but the Arsenal players ensured that his last game in charge at the stadium he helped build was to be a successful one, a Wenger one. We played some lovely stuff at times, scored some excellent goals, and every time we put the ball in the net it felt more and more fitting for the day that was in it.

Aubameyang got the first, his movement in the box illustrating why he’s one of the top strikers in Europe, as he latched onto a low Lacazette cross. And it was the Frenchman who made it 2-0 just before half-time, perhaps a sign that there’s a way for whoever comes next to play both and make this team potent up front.

Sead Kolasinac, channeling his inner Podolski, whacked home the third from a Jack Wilshere pass; Iwobi lashed a shot into the roof of the net to make it 4-0; and Aubameyang got his second with a great finish from close range. It might have been six if Welbeck’s shot hadn’t swerved onto, instead of just inside, the post but 5-0 was not an unfair reflection of the game and our dominance.

The manager even got in on the act with a lovely backwards header on the sideline, and then, with 15 minutes to go or so, Per Mertesacker was introduced to a cacophony of noise. Every time he got the ball there were cheers for the retiring captain; a crunching tackle was greeted with the kind of reaction a last minute winner might elicit; and he almost got on the end of a corner (I think) which would have taken the roof off (metaphorically speaking).

As a game it was enjoyable stuff, we secured 6th place in the Premier League, but yesterday was about more than that.

It wasn’t just a day to mark the departure of Arsene Wenger. Tributes were paid to Vic Akers, Alex Scott and Mertesacker – each of whom was handed a memento by Sir Chips Keswick whose name, when introduced to the crowd, was greeted with a chorus of boos. The vast majority of people who attended to game stayed behind to celebrate the occasion, and it wasn’t just a handful of people who displayed their displeasure at the Chairman either.

It was a touch awkward, but it didn’t really spoil the mood. During the introduction to Arsene Wenger, as Bob Wilson spoke in glowing terms about the manager and what he’d done during his time at the club, the cameras panned to the Director’s Box to show Stan and Josh Kroenke. Again, boos rang out, someone quickly changed the picture and all was right again.

People were there to celebrate Arsene Wenger, to celebrate a club captain, to celebrate one of the greatest women players of all time (Tottenham Hotpsur, she’s won more than you!), and to celebrate the man who set up the Arsenal Ladies (as it was) and wore shorts with such distinction, no matter what the weather. Animus towards the board wouldn’t get in the way of that, but that there was that reaction to them on such a day ought to be something they pay attention to.

Bob spoke in emotional terms about the contribution Wenger had made to Arsenal, professionally and personally, over his 22 years in charge. His impact on the club, on the people who love the club, from staff to fans, and introduced him as ‘The greatest manager in our history’. That metaphorical roof came off with applause, as Arsene stepped forward and to address the crowd.

Such were the power of his words, he disintegrated one microphone, and it was emotional listening to him. A measure of his class to begin with, as the first thing he did was wish his old rival Alex Ferguson a speedy recovery, but this was about him, about his time at the club, about what he did and did well. His impending departure meant there was no focus on anything but the good times, and it was like a current of that ran throughout the stadium as he spoke.

“Thank you for having me for such a long time. I know that’s not easy. But above all, I am like you, I am an Arsenal fan.

“This is more than just watching football, it’s a way of life. It’s caring about the beautiful game, about the values we cherish, and as well, that something that goes for all our bodies in every cell of our bodies.

“We care, we worry, we are desperate, but when you come here, the theatre of dreams we realise what it means.

“I would like as well to thank everyone at the club who makes it so special, I would invite you, really push, support these players and the staff who remains behind me, these group of players has a special quality.

“Not only on the pitch, but off the pitch. Please, as you follow this team, support them next season because they deserve it.

“I would like to finish in one simple sentence: I will miss you. Thank you all for having such an important part of my life, thank you all, well done.

He then joined the players in a lap of appreciation around the stadium, some slinked away but again the majority stayed to show their respect to a manager who has given us some of the greatest times in our football supporting lives. We understood the reason why he’s going is because there have been downs with those ups, that’s the reality of the situation. But those – for me anyway – can never take away from the achievements he’s had.

From the football we’ve played, from some of the players we’ve seen, from the way he has represented Arsenal, and helped grow the club from where it was in 1996 when he took over. Some wondered if staying too long had tainted his legacy, but the reception he was given yesterday inside the stadium was an illustration of how much people appreciate the work he did and the why he’ll always be remembered as a legendary figure at this club.

It’s never easy to say goodbye, but yesterday’s celebrations were perfect in almost every way. The sunshine, the result, the goals, the atmosphere, the arrangements the club made which were excellently thought through and carried out, the Mertesacker cameo, and underlying it all a deep desire to say thank you for everything.

Arsene was awarded the gold Premier League trophy given to the club for the 2003-04 season when we went unbeaten. An achievement unmatched by any other club, by another team, or by any other manager. What better trophy could there be to properly mark his time at Arsenal?

A quick note of thanks to Ozi for the ticket, and it was great to meet so many people from far and wide in The Tollington yesterday. Hope you all enjoyed the day, see you next season.

There will be an Arsecast Extra later on, but James is still in Wales (I think) so this morning send your questions to @arseblog and @DJTayo (hashtag #arsecastextra) and we’ll have that available around lunchtime or so.