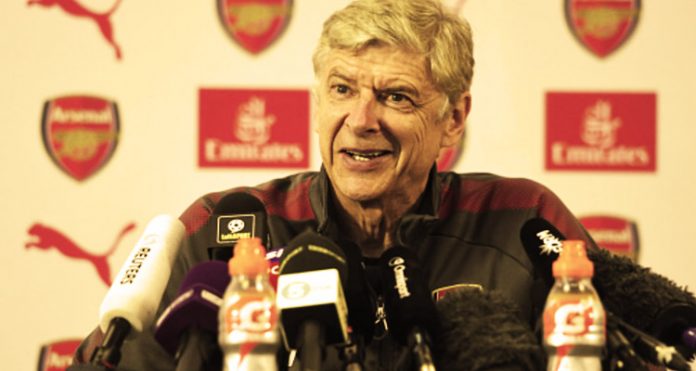 In all the sentiment of the manager’s departure, that line from yesterday’s press conference really hit me yesterday. We’ve dealt with the success, the failure, the ups and downs, the highs and lows, but I’m not sure how much time we’ve given to considering the practicalities of it.

For example, if you had to clean out your office after 22 years of working in one place, what would it be like? How much stuff have you accumulated over that time? Bits of paper in drawers, a ‘filing system’ that only you understand, odds and ends, bits and peices. All of that has go in a box, or boxes, and then what? And where?

When you recall what he said a couple of weeks ago about how he works ‘seven days a week, not six, not six and a half, seven …’, then this is going to be a difficult thing for him. He is so tied to this job and this club. We all know it, of course, but even so yesterday’s slip of the tongue when talking about was still really quite endearing.

“Yes, you have see the real Arsenal Wenger,” he replied to a question about whether he’d kept some of his emotions in check down the years, hiding away the ‘real Arsene Wenger’. It felt kind of fitting really, because his name is basically synonymous with ours. Or at least it has been for so many years.

Your work is your life, your life is your work, and your routine becomes your safety net in a way. Whatever happens you get up and concentrate on that, you don’t have to think too much about anything else because it’s set in stone. It’s why, I think, he keeps saying ‘I don’t know’ when asked what he’s going to do in the future. He genuinely has no idea because this is as much a change for him as it is for the club and for us.

How could you know what you’re going to do when what you’ve done for so long is not an option anymore? It doesn’t just apply to his work either, but home. Another job could mean moving house, moving country, speaking a different language every day, there’s a lot going on and a lot to consider, and it can’t be easy.

Nevertheless, Wenger was in great form at his press conference yesterday. If you haven’t had a chance to watch it, you can do so via the official site, and we have a full transcript of it over on Arseblog News too. Speaking about his departure, he said:

It’s difficult because this is my life every year. There are 20,000 trees out there. I saw every one like that [makes small gesture], now they are massive. I will greet every one of them before I leave and say thank you. This is my life and I don’t know anything else. That’s why it will of course be difficult.

I so like the idea of Arsene talking to the trees. My dad tells a story about how, one Christmas Eve, he found me in the front garden talking a tree, but those were very different circumstances. The manager talked about the growth of the club, where it can go from here, and even the future of the Premier League:

The next evolution? Maybe I will see you in a few years and you will have certainly a European League over the weekends, the domestic league will certainly be played Tuesday and Wednesday. I think that’s the next step that we will see.

Whether that’s good or bad we’ll have to wait and see. I suspect it’s bad for the game, bad for fans, probably bad for players, but good for clubs and those who hold broadcast rights. Football as entertainment more than sport, but that’s the way it’s been going for some time now anyway.

He even had some fun with the press when asked why he has his press conferences at 8.45am (most clubs/managers tend to have them later in the day than that):

First, I like that you have to get up early. I know that in the press, nobody likes to get up early, they usually started at 10 or 11. So it’s to make you suffer a little bit as well. I know if I start early, you won’t all turn up so it’ll be a bit easier for me.

The best part, of course, is that they’re set for 8.45am but he usually made them wait. ‘Arsene Wenger late for his press conference bingo’ is a game you can play on Twitter if you follow some of the people who are going to be there. Wenger has had some scraps with members of the press down the years, but beyond a minority of dickheads, I think most of them would admit he’s been an engaging, interesting, honest and decent manager and man to deal with.

It’s going to be a strange thing writing this blog and doing the podcast with a new man in charge. He’s been here for the lifetime of this website and next week will be the very first time we do a podcast without him as manager of Arsenal. I’m not saying it’s a bad thing, just different and something we’ll all have to get used to.

There was but the vaguest mention of Sunday’s game against Huddersfield, a match which has little significance, but one I hope we win because I want Wenger’s last game to be a victory. It means very little in the grand scheme of things, but after all this time it’d just be nice to go out with three points.

Then out into the grounds of London Colney to say goodbye and thanks to all those trees.

For extra reading this morning, Tim’s column this week is excellent, looking back at last Sunday’s celebrations, and I also really enjoyed this from the official site about the manager and his dealings with the in-house web/media team.

For now though, I’ll leave you with this week’s podcast in which I chat to James from Gunnerblog and Tom Williams about a superb new football book which I think you’ll enjoy. Happy listening, more here tomorrow.