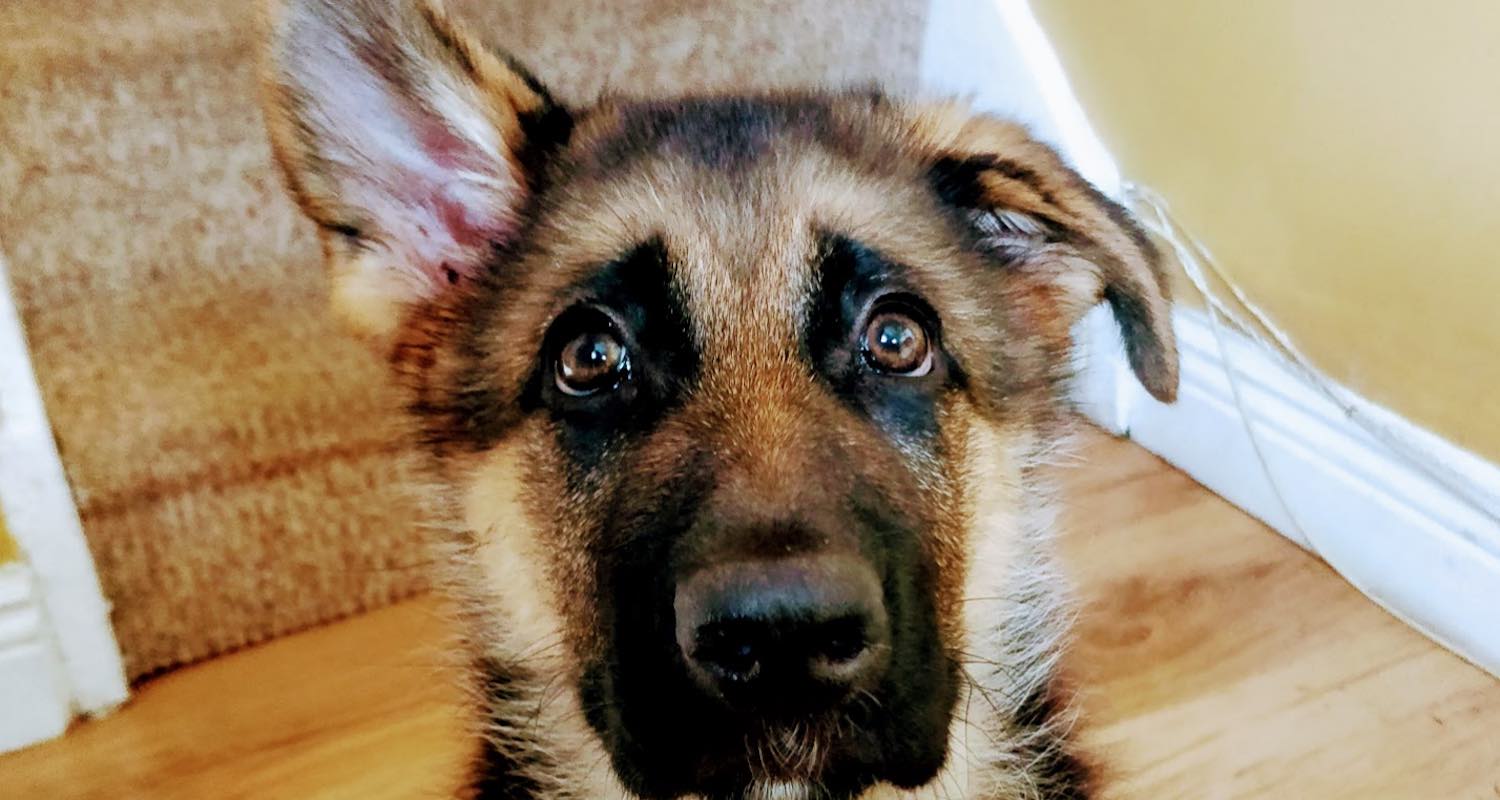 Morning all. I’m sitting here with a very energetic and very mischievous puppy at my feet so writing is something of a challenge. Having already dug up half the garden, she is now in the process of chewing anything, and I mean anything, that she feels like chewing.

Tables, cables, a basket, my foot, her bed, the skirting board, basically anything other than the numerous things that are in the house that are meant for her to chew. Still, just like Arsenal lose away, that’s what puppies do.

Ahead of the final game of the season, Arsene Wenger has been reminiscing again, firstly about Higbury:

Highbury had a special spirit. It’s a cathedral, a church. You could smell the soul of every guy that played there. The Emirates was like buying a new house. It took us a while to feel at home there. It’s a fantastic stadium but there was something special at Highbury that you could never recreate when you build something new.

That was always going to be the trade-off. You lose that sense of history in your ground when build a new stadium, but when you look at what some of our London rivals are doing right now, you have to give credit to the club for making it happen when it did. Sp*rs are spending an absolute fortune on White Hart Lane, something which the manager believes will cost them more than cash, but some of their best players too when the financial realities of spending £800m+ to turn it 90 degrees kick in.

Chelsea too are set for a big job with the price of their work listed as over £1bn in some reports. Roman Abramovich has not been anywhere near as generous with the cash in recent years, this may well be part of the reason why, but even with a benefactor that wealthy, it’s still a massive amount of money for what is, like Sp*rs, a remodelling – whereas Arsenal built an entirely new stadium.

I know it’s coming up on 12 years since we moved to the Emirates, and if we did it now we’d face higher costs, but Wenger and the board saw the way football was going and decided we had to go bigger to compete. What nobody foresaw was the likes of Abramovich, the oligarchs, the nation states, and the rise of the hyper-rich owners.

I don’t know why, really. We’d had people like Jack Walker plough millions into Blackburn Rovers to help them win the league, but he was a fan buying into his own time. The idea of a Russian oil billionaire buying a football club seemed absurd. I mean, we all know the reasons why. It wasn’t about sport or football or love of Chelsea, but a way of adding a veneer of respectability and public presence after the great money grab which saw them become so wealthy (good podcast here from a few months ago if you like).

Even so, there was a sense that new stadium might help us compete, but David Dein summed it up perfectly as Chelsea made an approach to buy Patrick Vieira and Thierry Henry from us:

Roman Abramovich has parked his Russian tank in our front garden and is firing £50 notes at us.

He could see that in order to compete while paying back loans on a new stadium, Arsenal needed more. He invited Stan Kroenke to buy the ITV share-holding, then offered to sell him his own shares on the proviso that he be allowed continue at Arsenal, angling for a move from vice-chairman to chairman. He wanted to call the shots.

Arsenal viewed the approach as hostile, Dein was out, and he then tried to do the same with Alisher Usmanov. He sold his shares to the oligarch, this was viewed as hostile again, and the cold-war ownership structure we have now was born. Ironically, neither of the billionaires who own 96%+ of the club have ever put a penny in to make the club more competitive, and while David Dein could see Arsenal needed more, it was a plan which was built around getting more for him too.

The relationship he had with Wenger was a good one though. There are many varying reasons as to why we’ve been less competitive since the move to Emirates, but there’s no doubt that having to operate without Dein made the manager less effective. He no longer had someone who could, in effect, overrule him and make things happen.

Like when he expressed an admiration for Gilberto Silva and Dein went to Brazil, camped out, and came back to London with the World Cup winning midfielder. It’s in stark contrast to Dick Law getting the run around in Costa Rica trying to find the real agent of Joel Campbell and Arsenal signing a player who then couldn’t play for them for work permit reasons, didn’t play for them for three years, and when he did he really wasn’t worth all that hassle.

Ideally, I would have loved to continue working with him.

It probably would have been better for Arsenal, but Dein made his bed and had to lie in it, while the club prevaricated and took an age to replace him. Eventually Ivan Gazidis was the man chosen, and there’s no doubt that he and Arsene are a long, long way from the effective, dynamic team that came before.

The relationship between the two men has been strained for some time, and obviously now with the approval of the Kroenke’s Gazidis has been allowed to change the power dynamic at the club. Darren Burgess, for example, was brought in last year as Head of High Performance, without consultation with the manager.

This season we’ve seen the appointments of Sven Mislintat as Head of Recruitment and Raul Sanllehi as Definitely Not Director of Football, and this is the new structure the new manager/coach will work in. I’m told Gazidis himself wants to take a more prominent role in football matters, so that will certainly be interesting.

Some of Wenger’s staff have been informed their jobs will go, as their contracts are tied to the manager’s. We’re heading into a new era, we are where we are because of what has come before, but it’s in our hands now as a club to move forward in the right direction. It’s up the people who have made it clear they’re taking responsibility for that to do it and do it well, and I sincerely hope they do.