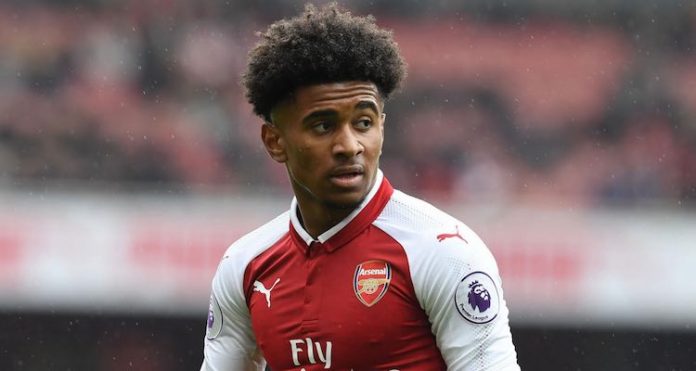 Like many of you I’m sure, I tuned in to Man City v Liverpool last night looking forward to a potential Champions League classic, but despite Gabriel Jesus scoring inside the first two minutes and City dominating possession and territory, Pep’s men never got it going properly.

Still, that decision just before half-time to deny Leroy Sane a second drove the Catalan manager bonkers, and you can understand why. Replays showed the ball came off Milner, therefore it shouldn’t have been offside, the goal should have stood (or whatever Chris Foy said on BT Sport).

The referee – a kind of Spanish Mike Dean (Miguel Prinicpal?!) – clearly took exception to whatever Guardiola said as he came onto the pitch at half-time because he sent him off, leaving Mikel Arteta as the man on the bench for the second half. What an audition for the job of Arsenal boss as he oversaw a second half comeback from Liverpool with Mo Salah scoring to make it 4-1 on aggregate and later Firmino scored but at that point I had turned over to Roma v Barcelona.

The Italian side were 2-0 up on the night, making it 3-4 on aggregate after the 4-1 defeat in Spain in the first leg. Because of the away goals rule, they just needed one to qualify and lo and behold they got it with about 6 or 7 minutes to go.

That meant all out Barcelona attack, but this is not the Barcelona of old. Or rather this is an old Barcelona. Messi and Suarez could do little, Gerard Pique was pressed into emergency centre-forward action like a handsome, bearded Chris Whyte, but the goal wouldn’t come and Roma went through. An amazing result for them, and surely the catalyst for a Barcelona rebuild this summer. Hey, Barca chaps, need a defender? We’ve got a German lad you can have. Honestly, he’ll be just as good as Song or Hleb or Vermaelen, great value, we promise! NO REFUNDS.

It’s also a nice little reminder that while taking a 4-1 lead into a second-leg is a pretty healthy situation, it’s not cut and dried – and let’s be honest about this, if Barcelona can cock it up in that way, we’re very much a ‘Hold my beer’ team who could do just the same. Not that I think we will, but we definitely have the potential for it.

Also, while the away goals rule provided that excitement last night, isn’t it time to do away with it simply because it is, you know, pretty stupid? A goal is a goal regardless of where you score it, there shouldn’t be extra value based on its location. Those who say we would have been denied the amusing site of Barcelona going out last night ignore the fact we could have had extra-time in which they could also have been eliminated, as well as penalties, and that can provide plenty of additional drama and incident. Anyway, let’s hope it’s not a consideration for us in this Europa League game this week, or even the rest of this season.

Meanwhile, back on planet Arsenal, two pieces of good news emerged yesterday. The first was that the FA have rescinded Mohamed Elneny’s red card, meaning he won’t have to serve a ban of any kind. Given how infrequently they make decisions like in our favour, I have to say I’m very surprised. Pleasantly so, and I’m not complaining, but I didn’t think there was any chance of that happening.

It’s also not like them to do us a good turn, so my surprise is also tinged with natural suspicion. I don’t know exactly what I’m suspicious about, but I don’t trust those FA bastards one inch. They’ll want something in return, and they’ll get it at some point, but for now I guess we can just be happy that the Egyptian international will be available for our upcoming Premier League games.

The other positive story from yesterday is that Reiss Nelson appears close to signing a new deal with the club. He says:

It’s a big achievement to sign for a big club like Arsenal so I’m delighted with the contract and hopeful that I can sign it soon. I’ve got to thank the boss and team-mates around me.

Personally, I think this is excellent, because Nelson is considered one of the brightest talents at academy level, and there were fears that because his current contract is winding down, he might have decided to go elsewhere. If he’s going to commit his future to us, then that’s nothing but good news.

Now, as ever there are people making straw men all over the place, saying the kid is all hype and hasn’t done anything to justify it it, which is true in some ways. He is only 18 and hasn’t made an impact because he is ONLY 18 and is just beginning his career.

We all know how hard it is to make the breakthrough from youth level to senior level. We all understand that just a small percentage of players can actually make that step up successfully, because of how difficult it is. But being excited by the prospect of that happening is not a bad thing.

As a club Arsenal has a history of developing players from within who have gone on to become important first team players. Liam Brady, Tony Adams, Michael Thomas, David Rocastle, Ashley Cole (I know), and you can even see the investment people have in our youth products by the way someone like Jack Wilshere is perceived despite the fact he’s a long way from being the player we’d all hoped he’d be when he first made his breakthrough.

There’s something great about seeing a young talent take his chance and nobody  is saying that Nelson is the next big thing or the future of the club. Instead, we understand he has the potential to become a really good player, and we’d rather he did that with us than somewhere else. If he can develop into a first team regular, then that’s great, and if not we’ve been there and worn that t-shirt before. We’ll cope if he doesn’t.

I get the idea of not over-hyping young players, but quite why there’s this need to piss on everything I’ll never understand. Especially at this moment in time when there’s so much to be concerned about, the prospect of a really talented attacking player becoming part of our first team squad is really not the thing you need to be worried about.

Righto, the team heads to Russia today ahead of tomorrow’s Europa League quarter-final second leg. We’ll have team news and all the rest over on Arseblog News, and I’ll be here tomorrow to preview the game.

For Arseblog Members on Patreon, James and I are doing a phone-in show later on, so for those of you who want to get involved, you can find all the details here.