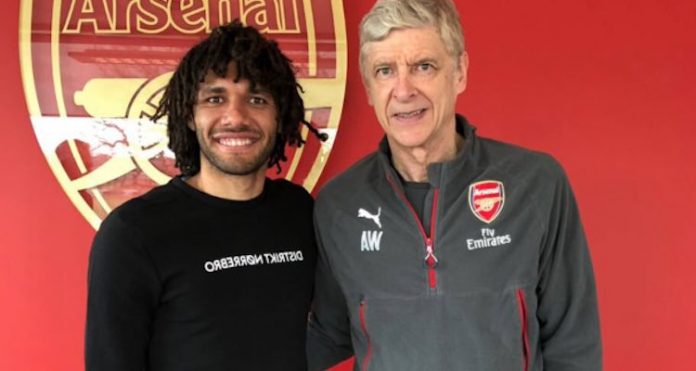 The last round of international friendlies takes place today, and genuinely I don’t really know which Arsenal players are going to be involved. I don’t think there’s too many, and once these games are done and dusted it’s uninterrupted Arsenal between now and May, starting with Stoke on Sunday.

In the meantime, there’s been a fitness boost with the return of Alexandre Lacazette who has been out of action since mid-February after surgery on his knee. At the time it was reported he’d be out of action for around 4-6 weeks, so this fits very much in that schedule, and his comeback is very welcome.

With Pierre-Emerick Aubameyang sidelined for the Europa League because of stupid UEFA rules, we’re missing some firepower for our European games. Danny Welbeck got a couple against AC Milan, and that will certainly have done his confidence some good, but to have Lacazette back is a boost for what remains of our campaign.

We also saw Aaron Ramsey taking part in the session after he was supposed to have undergone a ‘small procedure’ during the Interlull. It was obviously very small as he’s in full training and hopefully now available for the rest of the season. As our most productive central midfield player he is going to be very important for what we need to do against CSKA Moscow and beyond, so fingers crossed he stays fit.

Meanwhile, a central midfielder who is going to the World Cup this summer has signed a new deal with the club. Mohamed Elneny put pen to paper on a new long-term contract which was announced yesterday, and the Egyptian international seemed rightly pleased about the whole thing:

Officially we will be together for a longer time, in order to reach what we started, and to put arsenal in it's deserved spot In Europe and the whole world#WeAreArsenal ♥️♥️#WeAreGunners ???? pic.twitter.com/1Sg8JzVhmt

That’s him pictured with Arsene Wenger and new contract dude, Huss Fahmy, and I think this is a decent move for all concerned. Every squad needs players like Elneny, who work hard, can come into the side and be reliable, consistent performers. He’s very rarely a 9 out of 10 player, but also very rarely anything less than a 7 out of 10 player.

He does tend to err on the cautious side of things in possession at times, but in recent games has shown a bit more incision and ambition with his passing. However, we have other players in the team whose job it is to try and make things happen so to have someone who can keep the ball moving and not be wasteful or careless with it is no bad thing in my opinion.

He also seems like a good character, doesn’t complain when he’s left out of the side – sometimes a bit unfairly I think – and when he does come in you pretty much know what you’re going to get from him. It’s in contrast to some of our other midfield players whose level of performance can tilt much further towards either end of the spectrum, for good and bad, and with doubts over the futures of a couple of them ensuring we have some squad stability is important.

That said, his renewal does raise questions about the way we manage the squad and the players. Last summer Arsenal were willing to let him go to Leicester but he turned down the move to stay and fight for his place, so from being considered surplus to requirements he’s got a new contract (I guess that’s to his credit for the way he plays/trains etc, but it makes you wonder about the decisions we’re making).

We have a similar situation with Jack Wilshere who was told by Arsene Wenger last summer that if he found a new club he could go. You don’t need to even read between the lines to understand what message was being sent there. The manager was telling a player he didn’t really want him anymore, didn’t consider him important to his plans, and now we’re in a position where Wenger is telling is he’s urging Wilshere to sign a new deal:

It’s quite the flip-flop, and if you’re Jack Wilshere you could understand being reluctant to sign on. As much as he loves the club having grown up with us, when your manager tells you that you can leave, then offers you a new deal but with a cut in your basic salary while everyone around you is getting increases – some of them very substantial ones – you might ask yourself if you wouldn’t be better off or valued more highly somewhere else.

If you were being generous you’d say his situation, and that of Elneny, speak to somewhat muddled thinking on the part of Arsenal. In some ways it’s not a bad a thing to change your mind on a situation and recognise that a player you thought wasn’t up to it still has something to offer. It shows you don’t have a fixed position no matter what, that evidence to the contrary can alter your thinking, but a more cynical outlook is that we’re just making it up as we go along because there’s a lack of real planning and strategy to what we do and how we do it.

Anyway, Elneny is signed up, and hopefully there are a few more to come over the next few weeks and months.

For now, I’ll leave you with yesterday’s Arsecast Extra, discussing the manager how his future is tied to the Europa League, the development of young players, and Gunnerblog’s dismissal of soup. Also, the long-awaited FIFA match up between us is taking place at 9pm tonight, it’ll be streaming on YouTube and I’ll put links up on @arseblog closer to the time. Have a good one.