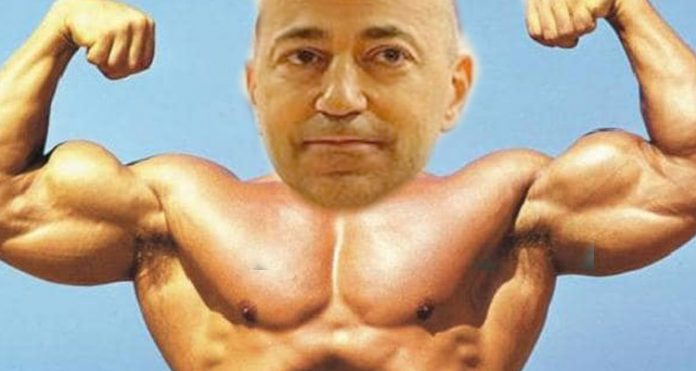 How are you feeling this morning? Tired? A bit more tired than usual? Well, that’s because they stole an hour from you. The clocks went forward last night, but then how do we even know any more?

It used to be a case you got up, your clock said 7am at 8am for example, but nowadays with self-correcting timepieces like phones and digital watches, you don’t even realise. I only know because of my kitchen clock which I bought from Ikea – the one thing I can assemble from this Swedish house of mayhem (by putting a battery in the back) – which is different from my phone.

Then it’s simply a matter of credibility. Who do I believe – my phone or a wall clock? Why wouldn’t we implicitly trust the electronic listening device powered by an operating system invented by one of the world’s richest corporations that records our every waking moment? Anyway, the point is Doctor Who is going about the place this morning with a swag bag full of hours which she probably sells off to aliens to buy fuel for the Tardis.

As you’d expect, there’s not a lot going on this morning. Jack Wilshere’s return to the England squad proved less than successful as a knee injury ruled him out of both games and he’s gone back to Arsenal for some treatment. ‘Not ideal’ is how Gareth Southgate described it which is fair enough.

This was supposed to be a chance for him to work his way into the squad for the World Cup this summer, but all it has done is raised questions in the England manager’s mind about the risk of taking a player whose injury record is now baggage he has to carry everywhere. Hopefully the problem is not too bad and he’ll be ok for us between now and the end of the season.

Meanwhile, it’s being reported that Mesut Ozil won’t play in Germany’s game against Brazil on Tuesday, which is good news for us assuming he’s just being rested. There’s talk of a ‘minor’ injury so let’s hope it’s just that.

Also this morning, I see Twitter awash with stories about how Thomas Tuchel has turned down Bayern Munich, leading to some speculation linking him with the Arsenal job. I cannot lend any credibility to these reports as I have no idea exactly where they’re coming from and I suppose I could dig around and find out but it’s Sunday and I’m missing an hour and I can’t be arsed because if there’s real truth to them we’ll hear more about them in the future.

The thing about this, of course, is that Tuchel was the former boss of Borussia Dortmund where he and our new Head of Recruitment, Sven Mislintat, had a falling out. For many this precludes him from the Arsenal job, and that may very well be the case. They could hate each other like Prince hated Justin Timberlake (quite a lot indeed), or maybe they’re grown-ups who could choose to put that to one side for the sake of their careers, professionalism winning out.

I had heard in the past that Tuchel was someone of interest to the Arsenal board, and I think he’d be entirely in keeping with the kind of manager I would expect them to try and appoint. By that I mean someone who will allow them to shift the power dynamic completely. At the moment, for all Ivan Gazidis’s talk and leaking photos in Germany and blah blah blah, Arsene Wenger remains the most powerful presence at the club.

He may be on more shaky ground than in the past but essentially the chief executive is junk yard dog, chained up, shackled, and can do little but bark from a distance. I have this feeling that when the time comes, he’ll want a manager who is happy to get the job and who will then allow him to flex his executive muscles a bit (sorry for the appalling imagery first thing in the morning). He won’t want to play irrelevant fiddle to the new man.

Tuchel would fit the bill very nicely in that regard, but it really depends on whether himself and Sven are going to play nicely together, which many suspect won’t happen. So, if you have a Head of Recruitment and a manager who can’t stand each other, it’s probably not a healthy situation for a football club and we should look elsewhere.

“Hello John Gregory, this is Ivan Gazidis. How are you today?”

ps – Hello to the chaps I met in the bar last night. Hope the rest of your evening was good ?