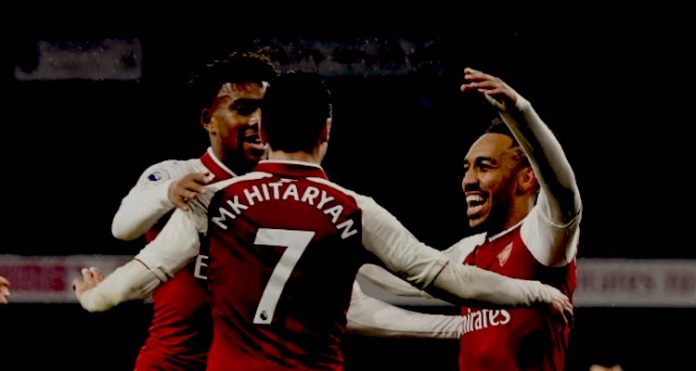 Morning all. Yesterday’s 2-2 draw between Liverpool and Marshlands Diving Club is probably a good result for us, all things considered. While our chances of bridging the gap to the top four are slim, they’re far from impossible, and the more points those around us drop the better.

It keeps us in touch, and hopefully keeps us focused for the rest of this Premier League campaign. I know players will go out and want to try and win every game regardless of where we are in the table, but if Champions League qualification via that channel is the carrot, we don’t need the stick to be so far away that it’s demoralising.

As for the diving, there will always be those who will say the slightest contact means that the player is entitled go down, but in both cases it was so blatant. Kane did that thing that annoys the life out of me, jumping over a keeper who is coming out looking for the slightest touch, while Lamela’s was similar to Bellerin on Hazard the other week. Van Dijk’s kick was clumsy but Lamela was backing in looking to go to ground.

Let’s remember that Dele Alli was booked in this game too for exactly the same thing, and with a North London derby coming up on Saturday our players need to be aware that these are Sp*rs players acting to instruction. We’re going to have to be so, so careful because any chance they get they’ll go down and as we saw yesterday neither the officials or the systems in place are good enough to deal with it all.

For all the talk of VAR, rules were introduced this season which allowed players to be retrospectively punished for diving. I think it’s been used once (I’ll stand to be corrected on this), and it doesn’t seem like there’s any real willingness to use it to address the constant cheating that goes on, thus players will continue to dive because they know their chances of a) fooling the referee and b) getting away with it are higher than being punished for it.

Meanwhile, Arsene Wenger says something about new signings that will resonate with fans who have, very often, felt the exact same way. Having seen Henrikh Mkhitaryan grab a hat-trick of assists on his home debut, and Pierre-Emerick Aubameyang score a lovely goal, the manager said:

Yes, it’s always when you have new players it gives always a little positive swing. It wakes everybody up as well, because there’s suddenly competition so they have to live with that as well.

If only we could go back in time to the summer of 2015 and have him come to that realisation then. I would caveat this slightly though. It’s not as if we haven’t made signings, because that summer I mentioned aside, we’ve signed plenty of senior players in the last three or four years.

Sanchez, Chambers, Ospina, Debuchy, Welbeck, Gabriel, Cech, Elneny, Perez, Mustafi, Xhaka, Holding, Lacazette, Kolasinac – not to mention a host of young players too, but what makes signings have the impact Wenger is talking about is their quality. As Sanchez did when he arrived, Mkhitaryan and Aubameyang showed that when you add top players to your team, they will deliver and create that competitive environment to which others can respond to or not.

Yet too many of the deals we’ve done in recent times have been players who have not been able to do that, or players who the manager decides very early on can’t do that so they end up marginalised. Not every signing can be a superstar, of course, that’s just not possible, but sometimes you can tilt too far the other way so it’s good to see that we’ve addressed that with these two.

Overall, I think as well we have a game based on team spirit so that kind of acceptance is very important, and when they show on a football field that they accept our game, they are even easier to integrate into the team.

I would like to think we have a game based on more tangible things like organisation, tactics, a working system, implementing things that we practice on the training ground etc, but talking about ‘team spirit’ is quite telling. People will think of Sanchez, obviously, but I do wonder how the delineation of the squad this season had an impact on things. We had our Premier League team and our Europa League/League Cup team, and the distance between them grew as the campaign went on. It didn’t create competition, it created distance.

I’m not saying players like Olivier Giroud and Theo Walcott were disruptive in any way, in fact from what we know of both of them they just worked hard and never complained publicly about the fact they’d been so frozen out of a team they were a regular part of last season. But did it have an impact on them, and the squad in general, knowing they were now fringe players, not relied upon by a manager who previously had plenty of faith in them.

Their departures, along with Sanchez, mean that the squad is smaller but contains more players the manager wants to work with, so maybe that’s the positive effect he’s seeing of the transfer business. It’s not just the ins, it’s some of the outs as well.

That’s something we can discuss a bit more on the Arsecast Extra this morning. If you have any questions or topics you’d like us to discuss, please send to @gunnerblog and @arseblog on Twitter with the hashtag #arsecastextra. We’ll look back at that very enjoyable 5-1 win over Everton – yesterday’s thoughts on that here if you haven’t already read it – the new boys, the impact they made, Aaron Ramsey and lots more.

We’ll have that for you around lunchtime, until then.