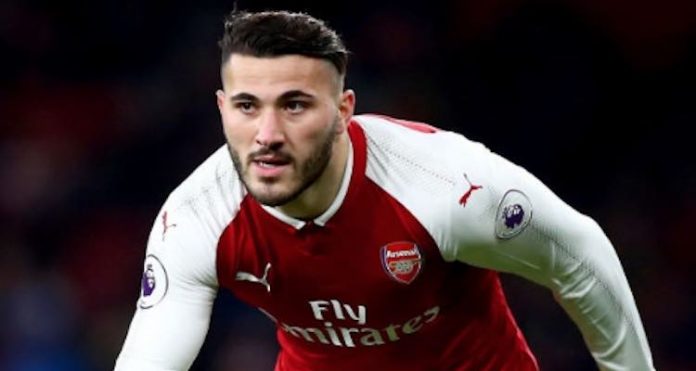 Morning all. The build up the derby begins in earnest today with Arsene Wenger set to meet the press this morning. The early, if unofficial, team news, suggests that Petr Cech should be fit, Nacho Monreal has recovered from illness, and Danny Welbeck is back in contention for a place in the squad.

All of those things will be confirmed by the manager later on, and there are other questions that hopefully he’ll answer as we prepare for what is a crucial Wembley encounter. Such as:

Back three or back four?

The back four worked well at home against Crystal Palace and Everton. We won both games, scored 9 goals and conceded two, but it did not work when we went to Swansea in the middle of those two fixtures. You could ask if it was simply an off night all round, and that’s probably not too far from the truth as individual errors were the real problem rather than the formation, but given our away form this season it feels like it goes a bit beyond that.

There’s a psychological issue plaguing the players on the road. It’s not their technical quality, but something inside their heads. Given that one of our best performances of the season was the 2-0 win over Sp*rs earlier in the season, and that we played that day with a back three, I’d be very, very surprised if we didn’t use that formation on Saturday.

Ordinarily, you’d say the obvious choice would be the experienced international player who we brought in, it seems, to play in that very position, but Sead Kolasinac has been struggling of late. It’s hard to pinpoint exactly why. He looked very promising early on, even if he had some defensive issues to work on, but he had a hip injury and since then his form has slumped.

There have been issues with his passing, at least three times this season his pass completion rate has been below 60% which, for a player in his position, is well below what’s required. It’s hard not to think he’s having a hard time physically, perhaps the injury is still affecting him and with that his confidence has taken a knock too, and all of those things and a loss of form have left him in a difficult place.

It’s too early to write him off, remember this is a man selected in the Bundesliga team of the season last year, but we can’t be blind to how hard he’s finding it at the moment. When Ainsley Maitland-Niles replaced Nacho Monreal at left back in the first half of the Crystal Palace game a few weeks back, it was a sign that the manager is, at the moment, unconvinced by the Bosnian’s form and/or fitness.

Wenger has shown that he’s got no worries about playing the 20 year old in big games, selecting him against Liverpool and Chelsea, but you still have to weigh up the risk of playing an inexperienced player out of position for a game as important and pressurised as this one.

It’s not an easy decision. On form, Maitland-Niles seems a good option, he’s quick and won’t be overawed by the occasion. On the other hand, Kolasinac played in the 2-0 win and did well, so it’s one that will give Wenger some thought I’m sure.

How away is this game?

If we were going to White Hart Lane I think I’d be feeling a bit more nervous about this one because of our poor record away from home this season, but we’re not. We’re going to Wembley, a ground we know well, and a place where we’ve had a lot of success in recent years.

We know this isn’t their home, they’re only squatting for a season while they do what they’re doing to their stadium, and it shouldn’t feel like a proper away game because of that. It won’t as noisy or atmospheric as normal, and any little thing we can hang on to to make this less of an away game the better.

On away games only, we sit 10th in the Premier League table with a record that says: Played 13, Won 3, Lost 6, Drawn 4 and with a goal difference of -6. Just 13 points on the road this season. In that not real table of just away games, the top 5 are the same teams that occupy the top 5 in the actual table, with Saturday’s opposition in 5th with 21 points. It tells a story.

Like many, I was hugely encouraged by what we did against Everton and how we played, but until we can add some solidity on the road, and find some measure of consistency for these games, it’s going to remain a big worry. We’ve put in good defensive performances away at Chelsea a couple of times this season, and people would say we’ve got the measure of them because of how often we’ve played.

It shouldn’t be that difficult to do something similar on Saturday. We know how they want to play, who they want to get the ball to and where, and the game at the Emirates in November was the blueprint for what we need to do this weekend. It’s certainly within our capability, but the wildcard of our away form still looms large over this one.

We’ll have all the team news and more from the press conference over on Arseblog News this morning. Tim Stillman will be here with his column later on, and I’ll be back tomorrow with an Arsecast and more.