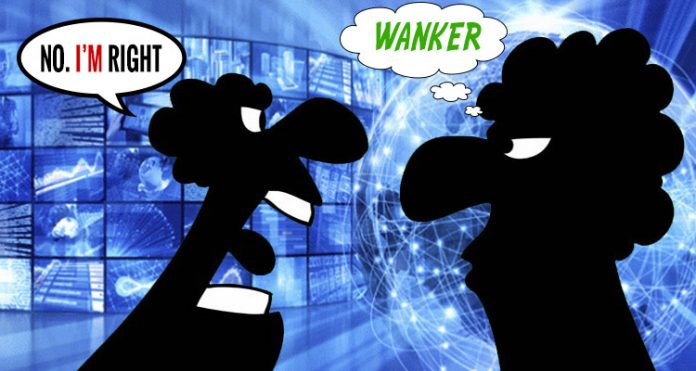 Considering there’s a North London derby on Saturday it’s pretty quiet in terms of general news. Maybe it’s because we won so comprehensively last weekend and wins seems to have a natural life cycle.

We win, we enjoy it – well, most of us anyway – and then it sort of fades away into the past. Defeat, however, resonates for much longer. You can understand why. There’s usually more to chew over when we lose a game, more questions to answer.

And so on and so forth. Personally, I prefer the winning thing, but you can’t argue that the being rubbish thing lends itself to greater discussion. And as we talk about all the ways that football has changed down the years, the lifespan of each game is something that we rarely consider in any great detail.

The game itself is more or less the same. There have been some changes down the years, of course. More subs allowed, the backpass rule, the constant meddling with what’s offside and what’s not, goal line technology, holding World Cups in the desert, the introduction of VAR and all that it entails, but in essence the game is the same: stick the ball in the back of the net more than the opposition.

Which isn’t to say the way that’s done hasn’t developed down the years. Arsene Wenger  imprinted a very different style of play on Arsenal during his reign. Which isn’t to say we didn’t have teams before who were capable of playing exciting, attacking football – think 1991 and the almost invincible side who won the title losing only a single game, and ended up with goal difference of +56 in the process – but Wenger’s teams took it a new level and added consistency to that.

As players became more technically proficient, the importance of physicality diminished. For some it was their be all and end all, such as Stoke. But Barcelona showed gifted footballers could do it all regardless of size. Even now, Guardiola’s Man City are playing a very definitive brand of football, but basically the main aim is the same: Score goals, win games, lift trophies. That part of it remains relatively simple.

The big change has come in fandom though. The globalisation of the sport, coupled with the technology that allows everyone to see every game, means that clubs are no longer local. It doesn’t mean they don’t have a local element which remains at the heart of their existence, but their reach is far greater than it used to be.

The modern world means that fans are not simply fans though. They’re numbers on a spreadsheet, they’re reach, they’re clients and customers, they’re potentially opportunities for clubs to “synergize the brand in emerging markets”, and all that other stuff that the business of football drives.

And yet they’re also a community. A very disparate one, but a community nonetheless. They are connected and interconnected, not just on the day of a match but every second leading up it, during it, and after it. There is not a single moment anymore when there isn’t an Arsenal discussion, from big to small, from positive to negative and everywhere inbetween, and it means that everything that happens echoes for far longer than it used to.

It’s a feedback loop which reverberates and sometimes when you think it’s fading away it returns even louder and stronger than before. And whether we like it or not, it seems to be a common theme – not just in football – that what’s negative gets the most traction. As I said, it is understandable.

If there’s a good thing, most people will think it’s good and there’s not a lot more to say about it. When a player spanks a ball into the top corner from 30 yards, it’s hard to find someone who doesn’t enjoy it for the glorious, beautiful thing it. Of course there are some, ‘there’s always one!’ etc, but they’re easy to ignore.

But, when you make a calamitous defensive error that costs you another game on the road, the discussion is endless. Is it the player? Is it the system? Is it the manager? Why are we so rubbish? When are we going to stop being rubbish etc? And within all of those things you find countless arguments and counter-arguments. Some who think we’re not rubbish at all and it’s actually the fault of some people who have nothing to do with any of it, and those who think we’re far more rubbish than you can possibly imagine. There’s middle ground, naturally, but it becomes increasingly hard to find amidst the noise of those who shout loudest and most often.

It’s not just fandom that has changed, the media has too. Now, you can ask whether fans are driven by the media, or whether the media has taken advantage of fans relentless thirst for knowledge and content about their clubs. I think it’s symbiotic really, one wouldn’t exist without the other. It’s like good and evil but it exists on both sides at all times and at the same time.

It’s like that tabloid justification when people object to a spurious, exploitative story that’s often not in the public interest. The message is: if people weren’t interested we wouldn’t print it, overlooking the fact that if they didn’t print it the world might be a nicer place and nobody would be missing out on anything important.

Why do we have clickbait? Because people click on it. Why do people click on it when they know 99.999% it’s garbage? Human nature. It’s a dirty word ‘clickbait’, you’d say it the way you might say ‘cockroach’ and in the real world people kill cockroaches, they exterminate them, because they’re disgusting. Yet online the clickroaches run wild and free because there are enough people out there who think ‘Oooh, maybe …’ when they see a blatantly false transfer story or they just can’t help themselves when they see a headline which tempts them into reading a story they know deep down is bollocks.

Existence on the planet has, over millions of years, taught us that cockroaches are gross and to be avoided. We’re barely 20 years into the life of the Internet and we still have a lot of learning to do.

Finally, if it comes across as if everything negative is simple negative, that’s not the case. There has to be room for criticism, there must be room for considered analysis, and when your team loses or under-performs, there’s genuine discussion to be had about that which isn’t going to be cheerleading, Pollyanna sweetness and light. You shouldn’t ignore problems.

But you can have that discussion without resorting to the worst excesses of online behaviour. You can do it without name-calling, without abuse, without deliberately provoking others, and without dismissing the opinions of those you differ with.

People are far too willing to nail their colours to one mast or the other, taking divisive positions that leave no room for nuance. If you declare yourself THIS or THAT, or label somebody else in the same way, you’ll never bridge the gap because you’re unwilling to see their point of view in any way whatsoever. Too many people become extremists – and that’s the only word I can use – who will not even consider the idea that their position is polarising and thus damages any debate.

We need to listen more and shout less. Accept the fact that disagreeing with someone’s opinion on something doesn’t make them the enemy. It’s just a difference of opinion, it’s not a scary thing that can hurt you that you have to lash out at. It’s ok to disagree, it’s not necessary to try and convince someone they’re wrong and convert them to your viewpoint like some kind of Internet missionary.

No doubt there will be plenty who disagree with that, or this entire post, but that’s fine. I’ll live. So will they. The world will keep turning.