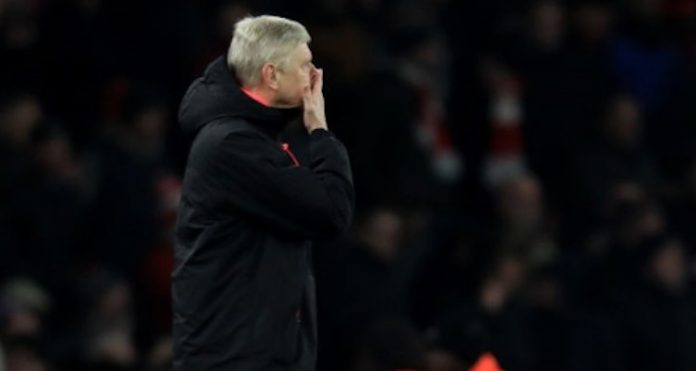 European football, first knock-out round, Arsenal lose at home again. The difference, of course, is that you can see why we might fail against teams like Barcelona and Bayern Munich in the Champions League.

Östersunds FK in the Europa League is a different story. A small team from Sweden who haven’t even started their season yet came to the Emirates and, frankly, fully deserved their win. Fair play to them for having a go and congratulations to them on the result. They realised last week that Arsenal weren’t all that, and I suspect despite enjoying the victory, they will be bitterly regretting those opening 25 minutes in the first leg when they played like we were a team they should have been scared of.

Ultimately it was the game at their place that won the tie for us, and the positive of the night is that we’re through to the Round of 16. After that, well, I don’t know that there’s much more we can take from this game that fits into that category.

Arsenal went out last night full of hubris, believing a game against a team like this was won and that we’d simply have to turn up, go through the motions, score a couple of goals and have a nice comfortable evening. Arsene Wenger said his team were ‘complacent’, ‘not focused’, had ‘no ideas with the ball ‘, and that ‘people subconsciously think you just have to turn up to win’.

At the same time he said ‘We prepared properly and in a serious way’, but I’m not sure how you can tally those things. Part of the preparation is to get your players into the right frame of mind for the game, whether it’s against European giants or European minnows, and those players were clearly, obviously, and annoyingly not taking it as seriously as they should have.

We were sloppy and careless right from the start, always a bad sign, and they had a couple of chances in the opening five minutes. Don’t worry though, we’re Arsenal and they’re just some ‘pub team’, and things will sort themselves out because that’s the natural order of things.

It’s not though, not at this level or any level, as Swansea or Watford or Nottingham Forest or Stoke or Bournemouth will have made abundantly clear so far this season, and they continued to play with some ambition while we could barely be bothered getting out of neutral.

They scored twice in a minute. For the first Calum Chambers played Aiesh – the actual sound I made when I saw him try it – onside, and his attempt to get back and cover saw the ball go in off the underside of his foot. For the next, Iwobi lost the ball, they stuck it forward, and Sema’s clever little flick, turn and shot left Chambers for dust and Ospina grasping thin air as the ball whizzed past him into the far corner.

2-0 down in a matter of minutes and that should surely provoke some response, some reaction from the somnambulent men in that god awful blue kit which is truly horrible but not, sadly, the root cause of our problems. If only it were as simple as finding a better colour scheme.

Xhaka came on for Maitland-Niles in the second half and we were marginally better but not a great deal. Sead Kolasinac’s goal ensured things didn’t get too hairy, but we struggled to react the way you might expect a team that has been given a half-time rocket might. I have no doubt the manager will have had harsh words with his players during the break, but the tiddling response he got, on top of the indifferent, almost contemptuous performance in the first half was just more evidence that this is a man who finds it hard to get his message through.

That, or this is a group of players who are now so inured to what he has to say and lack such belief in him or his methods, that what he says no longer gets through. It’s in one ear and out the other. And let’s not forget, this was a game which provided a chance to some of them to force their way into the ‘first team’ reckoning, or perhaps even the team for a cup final on Sunday. And they still could barely look like they were arsed.

That’s why, for me at least, I think individual assessment of players is basically pointless. You could do top to tail on that starting XI last night and make a case against almost all of them in some way or another, but the reality is that at football clubs you don’t turn over 15-20 players and start again, you change the man in charge – that’s how it works. At normal clubs anyway, but I don’t think Arsenal are a normal club at this moment time.

I mean, I get it, I can see why some players are criticised more than others and I can see exactly where this team needs to be strengthened. We all can. We have eyes. And yet while squad building is important, how the squad is being managed right now is even more so. That’s the main issue, and as long as it goes without being addressed the longer and longer this tepid saunter into rank-averageness will go on for.

I get that we were 3-0 up, I get that we have a cup final on Sunday, but I’m pretty sure I’ve seen this performance from this Arsenal team before without those considerations. Those are excuses, nothing more, nothing less, from a manager who has now led his team to seven successive home defeats in European knock-out football. That’s a record that’s basically indefensible.

Six losses in a row now. At home.

The saving grace of last night, of course, is the fact that we’re through to the next round, and as our potential list of opponents shows we’re going to have to start taking this competition more seriously. The draw takes place at noon today. I think naturally the players will be more up for a game against bigger, established opposition, but last night showed once more Arsenal have real problems and in terms of preparation for a cup final it was far from ideal.

James and I will be here with an extra Arsecast Extra for you this morning. If you have any questions or topics for discussion please send to us both @gunnerblog and @arseblog with the hashtag #arsecastextra.

That should be up before lunchtime. Until then.