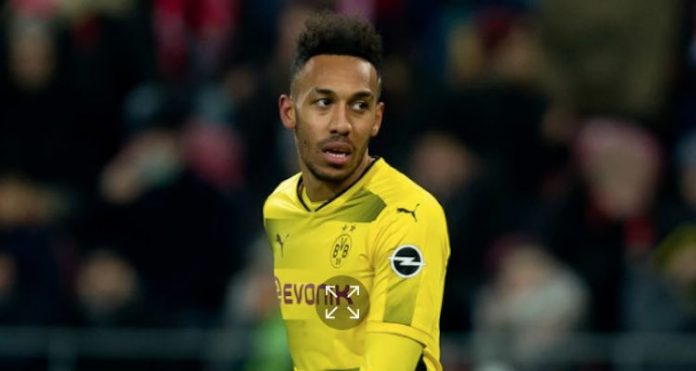 It’s all about transfers today which ordinarily would be a welcome topic, but is even more so because it’s at least some distraction to everything else. You get the sense that this probably suits the club too. Rather than introspection about another dismal performance and defeat, the focus is elsewhere.

Not without good reason either, but the fact we’re slap bang in the middle of a saga with Alexis Sanchez is very much on the way we’ve handled the situation. As sure as night follows day, there was always going to be the painting of him as the villain of the piece. Yesterday saw stories about how difficult he is, how he never fit it, never socialised, how nobody likes him and all that, and while that may well be true, let’s not allow that to blind us to the fact that this is a mess for which Arsenal have to take a lot of responsibility.

The situation as it stands this morning is that Man City have apparently pulled out, believing a £35m fee and massive wages over 4 years is too expensive for a player they could sign for free in the summer. Not an unreasonable point of view, but it looks as if he’s not going to be available in the summer and money really is no object for them.

Man Utd are now firm favourites, willing to pay him a huge wage on top of a big fee plus a player to Arsenal. You might remember just a couple of weeks ago Jose Mourinho was crying poor mouth because Man City could afford expensive full backs, yet he’s about to invest £100m+ on a 29 year old who will have no resale value really. Not that we need any more evidence that the United manager is a massive hypocrite, but it would remiss of me not to take the chance to remind you.

The player on offer is, reportedly, Henrikh Mkhitaryan, and I have to say that leaves me relatively cold. My feelings on selling Sanchez to United remain the same as I outlined in yesterday’s blog, and while the Armenian was a fantastic player at Borussia Dortmund, he’s had a bad time at United. Some of that might be down to Mourinho being mean to him or treating him poorly, but it could also speak to his character and that’s a worry. Maybe a manager like Wenger, more willing to treat players like adults/people, could get more but it’s still a big risk for me.

The issue is complicated because he is not entirely convinced Arsenal is where he wants to be – another reason to be wary – and his £200,000 a week wages at Old Trafford means he’s unlikely to take a pay cut. If we did insist on doing a deal with them, someone like Anthony Martial would make it slightly more palatable, but I don’t think that’s going to be an option. In which case, we could have stalemate.

The one thing you might take into account re: Mkhitaryan is our interest in Pierre-Emerick Aubameyang (more on that anon). The pair obviously know each other well from their time at Dortmund, and muddled as everything appears to be, perhaps that’s part of the thinking here.

Late last night there was talk that Chelsea were making a late play for Sanchez, and there may even be some interest from abroad, but the whole thing remains a cauldron of uncertainty. I was a bit dubious about Wenger’s comments on Sunday when he said he really didn’t know what was going to happen. I thought it was obfuscation, but it’s more likely he was just telling the truth because the whole thing is so convoluted.

On Aubameyang, it was reported yesterday that the two clubs have had talks, and that the player has asked to leave. He’s had disciplinary issues there which may worry some, but in terms of the profile of the player he’d be the kind of replacement for Sanchez that might well fit in terms of profile and stature. As JB pointed out on yesterday’s Arsecast Extra, his profile is such that fans will feel like we’re bringing in a top talent, while the other players in the squad will look at a top class player and feel reassured.

Quite how he fits in with Lacazette is a question, but his goalscoring record – 21 goals this season, 42 for club and country last season etc – means he’d be a player capable of making up the shortfall of what Alexis gives us. If we can squeeze a couple of good seasons out of him, it could be a very canny purchase. A fee of around £50m is being touted, let’s see what happens there.

Then there’s Malcom, a very different kind of signing. If Aubameyang is one for the short-term, then the young Brazilian is almost the opposite. At 20 years of age he’s still in the early years of his career, and as a club these are the kind of signings I expect us to make more of in the coming years – especially with the new recruitment set up.

We’re going to be looking at players with potential who we can bring in for relatively low money in the current market, and look to develop. With Theo Walcott off to Everton for a fee of around £20m, there’s room in the squad for a wide attacking option, and he looks to be the man to fill that gap. Again, we’re looking at £50m or thereabouts, but the next couple of days should tell us more.

Of course there’s the big question about whether Arsene Wenger is the man to spend money at this point, and I understand that. However, if we’re selling Sanchez and Walcott, having already sold Francis Coquelin, there is a very obvious need to bring in replacements. The input of the new Head of Recruitment may well play a part here, and in some ways Wenger’s previous authority is undermined by the instability of his situation.

Formation change is not going to make a difference this season like it did last. He doesn’t have the quality and depth in his squad to drop under-performing players and bring in others to take their place. His only option now is the transfer market, and such is the need to do good business he might defer to others a little, and perhaps accept that other people have knowledge and decision making that may prove useful to him at a difficult time.

I say this based on the assumption that Arsenal, as a club, are not countenancing any other course of action at the time being, for example, relieving Wenger of his duties and bringing in a new manager. At the same time, it’s clear he’s not the man for the future, so some thought has to be given to the signings we make now and how they’ll fit in the seasons to come.

The one thing that strikes me above all else though, is that for all the talk of forwards and strikers and creative wide players, if we don’t address the fact that the centre of our midfield remains dysfunctional we’ll be papering over the cracks to an extent. I don’t know who the player we should sign is, but having sold Coquelin, with Xhaka struggling, Elneny on the fringes, and both Wilshere and Ramsey good options but with the question mark of injury always above their heads, we’d be very foolish to ignore this area of the pitch … again.

Still, it makes for plenty of headlines, lots for us talk about, so feel free to chime in on the arses today if you have any thoughts. For now, I’ll leave with yesterday’s Arsecast Extra, not exactly laugh a minute but then that’s very much out of our hands and we do our best. Happy listening.