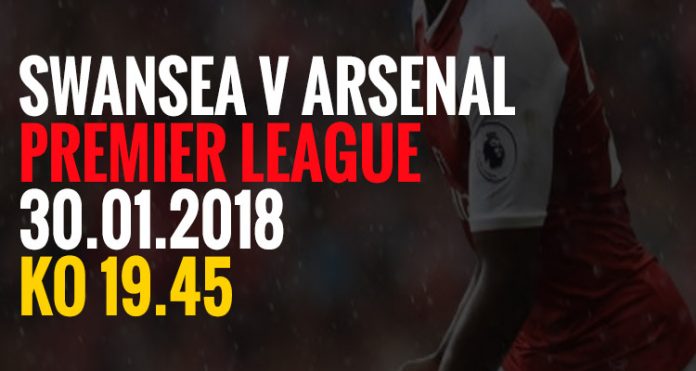 Once more a game of football threatens to disrupt the fun of transfers, but tonight’s game should have that little something extra as we’re sure to see the debut of Henrikh Mkhitaryan in an Arsenal shirt.

If you listened to Ian Wright on the Arsecast yesterday, he was told by Steve Bould that the new man was ‘flying in training’, and as we hurtle towards a new attacking era, he’s going to be one of the key parts of that change. The question is, where is he going to play, and in what system?

It’s curious really. For such a long time – and understandably so when you have the same manager in charge for such a long time – Arsenal were, if not always predictable, relatively easy to anticipate. Right now, things are changing on and off the pitch and it’s difficult to know exactly what it is we’re doing.

Will he stick with the back four that proved so effective against Crystal Palace, allowing us to play an extra man further forward? Or, having seen his team look more comfortable against Chelsea with a back three, will he be that little bit more cautious in a game away from home? Genuinely, I don’t know.

Either way, there’s room for Mkhitaryan in the side as one of the players in the wide positions. He’s had a lot of success from the right in his career, but Arsene Wenger does love a right footed player coming in from that side to give his team some attacking swagger. Wherever he picks him though, it’s always exciting to see a new player make his debut, and hopefully he can hit the ground running.

The return of Aaron Ramsey gives the manager something to think about in midfield as well. Perhaps his energy and Wenger’s desire to get him into the team will dictate the formation, making a back four more probable, but as I said it’s hard to say with any real certainty what we’re going to do.

What we have to do, on the other hand, is clear: and that’s take three points. As Swansea’s win over Liverpool the other week showed, you can take nothing for granted in this league, and we’ll have to work hard to win tonight. We haven’t been especially convincing on the road this season, but victory would leave us two off Liverpool in fourth. They’ll have a game in hand, but you’d rather have points on the board any day.

As the season progresses the margin for error becomes slimmer and slimmer, and this is one of those games that we really have to win. Our league target this season is to finish in the top four. It’s going to be a real scrap and every point is critical. Let’s hope we can do what it takes tonight.

Meanwhile, there’s been nothing significantly new in terms of our pursuit of Pierre-Emerick Aubameyang, but it seems there’s a real transfer jigsaw going on involving Arsenal, Dortmund, and Chelsea, as David Ornstein outlines here:

Merry-go-round: Giroud was lined up to replace Aubameyang at Dortmund then got offer from Chelsea & was keen, so Dortmund turned to Batshuayi. But Chelsea baulked at Giroud fee so discussed Batshuayi/Llorente swap with Spurs, which nobody agreed on. Deadlock #AFC #BVB #CFC THFC pic.twitter.com/HA6ymZ6IiN

I’m loath to let Giroud go to Chelsea at all but if that’s what it takes to get Aubameyang done, shouldn’t we just do it? I’ll state for the record that if it were me, I’d just keep him. We have two potential paths into the Champions League next season – the Premier League top four and the Europa League – and I don’t think we should underestimate how important it is we get back into that competition. It would restore some of the lost prestige and while someone like Mesut Ozil could do one season out of it, as players at other big clubs have, that’s where they want to be, so it’s crucial we maximise our chances of qualifying for it again.

It’s easy to see how Giroud could play a part in that on both fronts, particularly because Aubameyang is ineligible for the European games. He gives us something from the bench that none of our other options do, and there’s a lot to be said for his experience and goalscoring record.

I guess the issue for me is a bit more Chelsea than Giroud going somewhere else. I don’t want to make them better. I don’t want to see him in that shirt. I don’t want to do anything that might steady their ship, especially at a time when things are a bit rocky for them. Why help them in any way?

We don’t need the money to get Aubameyang done, but Dortmund need something to see them let their man go. The good news is that according to kicker, there is still the possibility of Giroud going there as part of the deal and if I were Arsenal that’s something I’d be pushing for very hard. It’s not ideal, perhaps, but it would probably be the best of the current options. We get a shiny new striker, Dortmund get a player they wanted last summer, and Chelsea get sweet FA (from us at least – they’re reportedly interested in Fernando Llorente).

Quite how it will all play out before 11pm tomorrow night is anybody’s guess, but there’s something quite exciting/mad about what’s going on right now. Arsenal are in the middle of an unprecedented transfer improv – I don’t think there’s any way this was part of a long-term plan or anything – and if Giroud is moved on we’ll have let go three players who, between them, scored over 60 goals for us last season alone, and in total had almost 300 career goals at the club.

I can’t remember anything like it before really. To rip things up to that extent in the summer would be one thing, but to do it in January is really something else. It’s impossible not to get the sense that we’re just winging it a bit, driven by circumstance and momentum from all sides, and if it all goes through we’ll come out of it a team with a very, very different attacking approach and dynamic.

Is it time we showed that kind of ruthlessness in the transfer market? Have we held onto players too long in the past, and is that why we’re a bit afraid to let them go now? Are we conditioned to be cautious, focusing too much on the potential destination of our departures ahead of what the new men can bring? Maybe so, but whatever’s going on is out of the ordinary for Arsenal, and as with the formation and team selection mentioned above, the fact that it’s simply different makes it interesting.

So, let’s see what happens over the next 48 hours or so. We’ll have all the transfer news and everything else over on Arseblog News, and a liveblog later on for the Swansea game. For now, I’ll leave you with yesterday’s Arsecast, and a great chat with Ian Wright about all this stuff and lots more. Get it into your ears, it’s good listening!