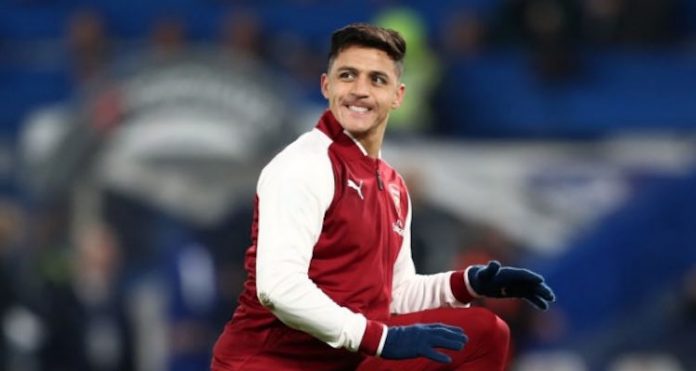 So far during January Arsenal have done two confirmed transfer deals. We’ve had one in, and one out. The arrival was young Greek defender Konstantinos Mavropanos, who was supposed to then go out on loan because of his relative inexperience.

However, the manager appears to have changed his mind on that after watching him in training for a few days. After the 0-0 draw with Chelsea on Wednesday night, he said:

The out, and probably the first departure of a few, was Francis Coquelin who signed for Valencia yesterday. The fee is reported to be £12m, not a huge amount in the current market, but when you give a player a long-term contract just 12 months previously, and a very healthy pay rise, that will have an effect.

To Coquelin’s credit he’s moved to play regular football, eschewing the possibility of sitting around and earning big like others have in the past, knowing that their playing time would be minimal. There’s no question his salary at Valencia would be considerably lower than it was at Arsenal, so there would have been some reflection of that in the deal – e.g a signing on fee that means we accept a lower transfer fee to ensure it gets done.

You can see why we’d sell and also why he’d want to move. From our perspective, he’s barely figured in the Premier League, he’s fallen out of favour with the manager, and Wenger appears to have earmarked Ainsley Maitland-Niles as the man to take his place in the squad in midfield. From Coquelin’s point of view he gets a move to a big club in a big league in a gorgeous city with lovely weather, it works for all concerned.

It’s why you can make a very solid case for selling Theo Walcott during this window. We don’t use him in the Premier League at all, just 45 minutes of playing time this season tells you everything you need to know, and he couldn’t even get on the pitch in the Carabao Cup semi-final the other night.

His Arsenal goose is well and truly cooked, and for his own sake he needs to go somewhere to play. Everton are reportedly interested, with a £20m bid being prepared, but so too are former club Southampton and from what I understand pretty much everything is agreed with them. It just needs someone to push the button and it will happen.

Perhaps the slight difference between that situation and the Coquelin one is that there’s no obvious youngster to step up and at least add some squad depth, but does it really matter at this point? If you have no faith in Walcott, or no intention of playing him unless it’s an absolute emergency, isn’t the best thing to sell?

The Alexis Sanchez situation looms large over everything though, and last night the BBC’s David Ornstein provided an update on the situation. Arsenal are willing to sell if they can get a replacement – Bordeaux’s Brazilian forward Malcom is the man they seem to want right now – and if they can agree a price with Man City. The two clubs are talking but no fee has been agreed just yet.

We want more than the £20m offered to make the deal happen this month, City are probably reluctant to pay much more, but if they want Sanchez to boost their squad for a tilt at the Champions League, then maybe they can be pressured into digging a little deeper into those bottomless pockets of theirs.

As I’ve said before, my inclination is to keep him but my gut tells me that before the end of the window he’ll be a Man City player. Wenger’s decision to keep him on the bench for Chelsea was a clear sign that there’s something going on. However he wants to dress it up as a tactical decision, or one to give a player a breather, we’re all long enough in the tooth to understand there’s a lot going on behind the scenes.

As for his potential replacement, Malcom, I know very little about him, other than he’s got 7 goals and 5 assists to his name this season. Is it unrealistic for a 20 year old Brazilian coming from Ligue 1 to hit the ground running and make up the shortfall of goals and creativity we’d lose if Sanchez went? I think it probably is, so it may well have an effect on our Europa League chances.

However, we can’t let him leave without some kind of replacement, and perhaps our best option is to buy somebody who we feel has the potential to develop into a player who can come close to contributing what Alexis did in the future. Again, I don’t know if Malcom is that player, but the story goes Sven Mislintat had identified him as a possible recruit for Borussia Dortmund, and his record in bringing in attacking players from France is not too shabby, so if it happens, let’s hope he’s found another gem.

Arsene Wenger meets the press this morning ahead Bournemouth, so we’ll have all the team news etc over on Arseblog News. For some extra reading, check out Tim Stillman’s latest on what the manager needs to do to address the current form, and I’ll leave you with a brand new Arsecast, chatting all kinds with @eastlower.