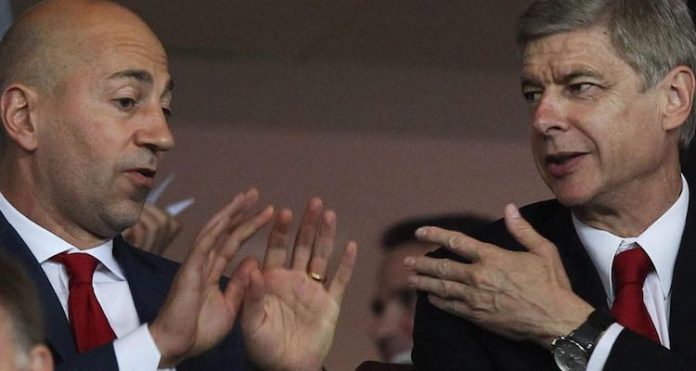 Morning all. It’s an Arsenal free weekend due to the FA Cup and as you know we’re not in the FA Cup.

In some ways that could be a good thing. There’s no distraction for the manager or the Chief Executive or the Head of Recruitment or the Contract Bloke and they can concentrate on, you know, doing stuff that might make this team better and more effective. Which, of course, is buying good players. Better players than the ones we have right now.

In terms of this January window, Arsene Wenger said a number of times that he was looking to strengthen his squad. On January 8th, with the Alexis Sanchez departure beginning to loom over everything, he said:

We signed a Greek boy who looks quite good in training but apart from that, we have not done anything. Will we be out there to do something?

Here we are on January 27th and we have done something. We’ve swapped Alexis for Henrikh Mkhitaryan, and leaving everything else aside, from a purely footballing point of view that’s a better deal for us than selling him to Man City for £20m and trying to figure out what, in this current market, that might get us.

If we’re going by the summer, you could afford half of Gylfi Sigurdsson, 60% of Danny Drinkwater, or repurchase Alex Oxlade-Chamberlain’s head and torso but his legs and arse would still belong to Liverpool. There’s not a lot you can do with that money, particularly in January, without careful planning and top class scouting. Before you stop laughing, that’s something Wenger said needed to be improved, by the way.

So, we have the ‘Greek boy’, a good way from first team action I’d wager, and we have a lovely new Mikhi to play with, but that’s it. On top of that we’ve sold Theo Walcott for £20m and Francis Coquelin for £12m which, regardless of what you think of them as players, leaves the squad weaker. Not substantially, but we have fewer options available to us. We have not yet made the squad stronger this month.

What we have done is make the balance sheet more healthy, with a £30m surplus so far. Nothing wrong with a bit of profit, football is a business after all blah blah blah, but what are we, as fans, supposed to think about that when we see our team struggling for form, unable to play with any real consistency, and sitting 6th in the Premier League? Is the £30m a comforting fallback for us?

Bloke 1: I wish we could score goals.

Bloke 2: Me too. Goals win you games.

Bloke 3: Yes lads, I too wish we could score more goals, but at least we’ve got £30m profit for this window.

It does not happen like that. And I know people say we get too obsessed with transfers, we can all see the madness that goes on during the summer and winter windows, but there’s often good reason for people’s interest in this.

1 – New players are exciting. Simple as that. Often that hope turns to disappointment in the long-term, but bar something absurd and stupid like signing Mikael Sylvestre, a new arrival gives you some hope. Hope that they’ll be a good player who can make a positive contribution to the team and make us better. Hope that they could help us win games, or help us not lose games. Even the hope that they turn out better than you think they be (or not as bad as you fear).

2 –  New players are also necessary. They’re often brought in because something fundamental is missing in a team. Goalkeeper’s rubbish? Get a new one. Defenders can’t defend? Get some who can. Midfielders are all going around like Denilson doing an Alex Song impression? Strikers are all Kaba Diawara? You replace them with better ones. It’s pretty basic. Not always easy but that’s what it boils down to.

Beyond that though, new signings of a certain level send a message. Not just to fans, but to the players too, perhaps even other teams. We’re in a situation right now where we need to convince someone like Mesut Ozil that Arsenal is where he should spend the last top years of his career. Does £30m do that? Does a swap deal which sees your other star player go to a bigger club do that? Does sitting 6th in the league and the only money you spend is on a ‘Greek boy’ do that?

I don’t think it does. Does signing someone like Pierre-Emerick Aubameyang, with his 141 goals in 212 appearances for Borussia Dortmund do that? I’d suggest you’d have a far better chance of convincing him he’s playing for a team which is serious about competing. This season the challenge is top four, and that’s it, but what we should be looking at is building a team who can do better next season and, I know I know, have a tilt at the title. Or at the very least not be out of the title race in goddam November.

It’s not just Ozil either, it’s other players who want to see the club bring in top players because they all want to play with the best, at the highest level they can, and they can recognise talent when they see it. There are others whose contractual situations demand attention, and while money talks loudly, it’s not the only voice when it comes to putting pen to paper to a new deal.

Finally, ask yourself as a fan what it would mean to you if Arsenal went through another transfer window in profit. What would it say to you about the ambitions and priorities of this football club? We’re at the end of January and our top scorer isn’t even into double figures, and the next guy on the list just went to Man Utd.

Is this a team in need of something? Have we, during this month, addressed the issues? I don’t believe so, and I don’t just mean up front either – I still have serious concerns about midfield. So, while I think we did the best we could with the Sanchez mess – even if it was a mess of our own making – it’s not fans being demanding or greedy or playing Football Manager to want to see Arsenal do more between now and the end of the window.

For more – check out this week’s Arsecast. It’s good listening.

You say you want a revolution? Well…