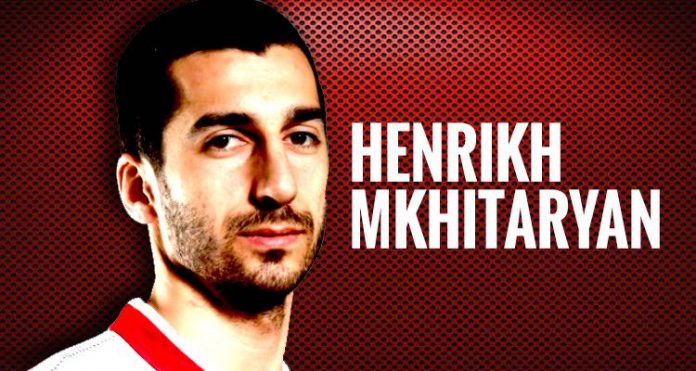 Yesterday Arsenal swapped Alexis Sanchez for Henrikh Mkhitaryan. A week ago, this deal would have had me absolutely furious, but in the cold light of day, I think I’m pretty all right with it.

Let me try and explain. I’ve said more than once that the way we handled the Sanchez situation was shambolic. I never had any problem with us keeping him for the final year of his contract, because for once we’d prioritised sporting quality over financial gain. Roll back to last summer and ask yourself if you’d have preferred to go into the season with a player who got 30 goals and 15 assists in the previous campaign, or £60m.

I was ok with eschewing the money, as long as we remained consistent with our stance. Of course, we didn’t. We decided at the very last minute to act on a Man City bid that had been tabled well in advance of the close of the window, failed to give ourselves enough time to sign Thomas Lemar, and changed the dynamic of it all completely and irrevocably.

The sight of Sanchez in a United shirt yesterday left me relatively cold. It didn’t sting the way other departures have in the past. Not because I don’t rate him or have conveniently blinded myself to his quality by focusing on the fact he was a careless in possession at times. I can see that we’re losing a hugely talented player who will score goals and make assists at Old Trafford.

Perhaps that will change when we hear from Jose Mourinho, because at some point very soon he’s going to be really, really annoying about this. You know he’ll have a dig at the club and at Wenger and it’ll be typical of a man with a track record of toddler-esque, wind-up behaviour. That won’t be good, but ultimately my objections to this move were far more focused on dislike for him than Sanchez simply going to United.

Basically, Sanchez had to go. We had made such a complete bollix of the entire affair that the whole thing had become untenable. It felt like a saga that would never end, there were reportedly dressing room issues – the lack of goodbye messages from Arsenal players via their social media accounts is interesting in comparison to other departures in recent times – and for everyone’s sake something had to give.

As I wrote yesterday, as a club we have to look at why someone like Sanchez was so desperate to go – beyond the tedious idea that his only motivation was money. If we choose to focus on that alone, we’re fudging the key issue of our competitiveness and ability to compete for the trophies that the top players want to win. Another star has gone, and it’s part of a pattern that I had hoped we’d shaken off.

As for the arrival of Mkhitaryan, again a week ago I was so very, very cold on this. A player who was great at Dortmund yet didn’t do it on any consistent basis at United was hardly going to be the kind of replacement we needed for a star like Sanchez. The way he was treated by Mourinho was obviously a factor, but were there also question marks over his character? Was he a talented but perhaps feeble performer, emblematic of some of the most frustrating aspects of this football club?

Those questions have still to be answered, obviously, but we’ve had situations not dissimilar to this before. Arsenal have signed talented players who endured difficult times at other clubs before they rediscovered their mojo with us. The shoes of Thierry Henry – someone Mkhitaryan says made him fall in love with Arsenal as a younger man – and Dennis Bergkamp among others are big ones to walk in, but it’s not inconceivable that he could find his spark once more.

Can Arsene Wenger still work that magic? That’s another issue we have to deal with, but what this whole thing boils down to for me is that we had created a situation which was pretty toxic, and which had to be changed. So, the idea of someone like Mkhitaryan, hopefully dovetailing once again with his former Borussia Dortmund teammate Pierre-Emerick Aubameyang, is an enticing prospect and one which significantly alters the dynamic of our attacking play.

Alexis Sanchez could do things which few players in the Premier League were capable of, but there was a trade-off. His arch individualism didn’t always lend itself to the most cohesive football, and even if I am somewhat clutching at straws over this whole thing, maybe such a significant shift in the way we set up will be beneficial. More focus on the collective than one man might return some fluency to the way we play, and thus make us more effective as an attacking unit.

What’s key now is to ensure we get the Aubameyang deal over the line. Exchanging Sanchez for Mkhitaryan in that context provides the team with a real injection of quality, goal threat and creativity. The swap deal on its own would be, it’s fair to say, pretty underwhelming, so let’s hope that delegation currently out in Germany can do what it takes to get that deal done.

I’ve heard people ask why we’re not also looking at midfield or defensive signings, and I understand that completely. I don’t know how many times I can talk about the need to balance the centre of midfield without sounding like a broken record, but I think what we’re seeing is our manager addressing our issues there in the most Arsene Wenger way possible: by strengthening our attack.

If we’re more dangerous and potent up front, then it takes some of the pressure off the midfield and defence without having to do something crazy like spend money on good players for key positions. There is some logic to it, even if it does leave you with teams that are fundamentally flawed, but at this point can we really expect a 68 year old leopard to change his spots?

Bar something extraordinary happening, it seems clear that Mkhitaryan and Aubameyang will be the extent of our incoming business this month. Two excellent players, and on their own merits fine additions to our squad. Will they give us enough in the final third to keep the opposition away from our danger areas? Maybe, maybe not, but it’s different, and at this point different is the best thing we can get on board with. It’s a risky strategy, but I’m actually a bit excited and curious to see how it will work.

Asked how he’d reconfigure his side with the new boy, along with Ozil, Lacazette, Ramsey, Iwobi, Wilshere and hopefully Aubameyang, Wenger’s answer was ‘I just play all the good players’, and if that doesn’t sum it all up, for better or worse, I don’t know what else does.

For more on Mkhitaryan, here’s a great profile piece on him from our tactics columnist Lewis Amborse (@LGAmbrose), looking at his strengths and weaknesses, and asking what kind of player Arsenal are getting following his spell in Manchester.

Finally for today, I’ll leave you with yesterday’s Arsecast Extra which looks back at the Palace game, with lots of discussion about the Sanchez/Mkhitaryan/Aubameyang situations and lots more with @DJTayo. Happy listening.

The manager meets the press this morning ahead of tomorrow’s Carabao Cup semi-final 2nd leg (Mkhitaryan is cup-tied, btw), and we’ll have all the team news etc over on Arseblog News.