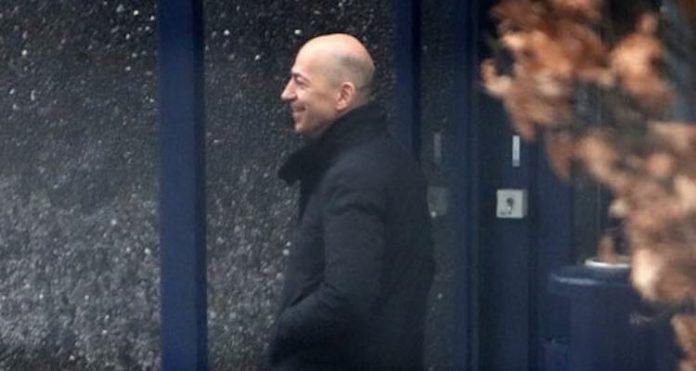 Welcome to what should be a busy week, with lots to complete on the transfer front and, of course, a Carabao Cup semi-final against Chelsea to come on Wednesday evening.

Arsenal reportedly sent a delegation to Dortmund yesterday, with Ivan Gazidis, Sven Mislintat and new contract bloke Huss Fahmy all there to try and sort out a deal for Pierre-Emerick Aubameyang. You’d have to think that’s a very positive move, despite the posturing in the press about fees and so on.

You don’t dispatch your Chief Executive, Head of Recruitment, and Contract Bloke on the off chance that something might happen. You do it because you’re sure it will happen. Quite how the deal is going to go down isn’t clear, again there’s talk of Olivier Giroud going the other way, but possibly only on loan for the rest of the season. We can deal with the specifics as and when they happen, but barring any disastrous last minute hitches, it looks almost certain that Aubameyang will become an Arsenal player.

There was an interesting little snippet in the latest update provided by the BBC’s David Ornstein which caught my eye:

#MUFC #AFC confirmation of Sanchez/Mkhitaryan swap Mon/Tue as work permits need updating. Arsenal stepping up Aubameyang pursuit – confident but will drag as must agree fee & possibility of player going other way to #BVB If done no significant funds available for further signings

Basically, if we get Aubameyang done there are ‘no significant funds available for further signings.’

Now, when you consider Arsenal currently have a transfer surplus of circa £60m from last summer’s dealings plus the sales of Theo Walcott and Francis Coquelin, that’s an interesting line to take. It doesn’t mean there isn’t anything left to spend, I guess the key word is ‘significant’, but it will have people wondering why.

Aubameyang will be expensive, above £50m and we’ll probably have to break our transfer record again to sign him, but any hope that we might also address the issues we have in midfield via the transfer market seems to be a forlorn one in this particular window. Is it really a case that they have only a small amount to spend, or are they earmarking funds for the summer instead?

I’d hesitate to make the suggestion that further cash is being held back in case there’s a change of manager in the summer and that man demands – as most managers do – that he’s backed in the transfer market, but it’s not beyond the realms of possibility. It would speak to a kind of decisiveness and forward planning that this football club has rarely demonstrated though, so you can make your own minds up on that one.

Meanwhile, the Alexis Sanchez/Henrikh Mkhitaryan swap is set to go through, with Arsene Wenger suggesting that the fact the Chilean turned down Manchester City is evidence that Arsenal couldn’t compete or hope to keep him even with their best contract offer. There were big sums on the table for him, and the manager said:

Even Manchester City moved out of it in the end. That tells you we had no chance to give him a contract.

It’s a little reductive to say it was all about money, because it’s clear that his situation was informed by much more than that. Obviously we can’t pay what City or United can, their pockets are far deeper than ours, but if we’d been a truly competitive team in the Premier League and Champions League, we’d have had a better chance.

When the normally reserved Robert Pires accuses the club of a lack of ambition both by selling its best players and not surrounding the top talent with more players of similar quality, you know there’s something to it. He reckons that Sanchez had become disenchanted at Arsenal, and that was a key factor in his decision not to sign a new deal.

What I don’t understand is that a team like Arsenal allows its best men to sign for a rival. I don’t get it. I know that if I have a player like Sanchez, the first thing I do is renew him. And buy other players to make a better team and try to win the league.

If players like Sanchez want to leave because they feel there is no desire to win here, yes, it is better to leave.

Maybe Pires will now be painted by some as typical ex-player sticking the knife in. Those who cannot, or will not, countenance any criticism of the club and what it does, will happily paint over all the brilliant stuff he did for us as player and cast him onto the ever-growing pile of ‘enemies of the state’, but this is a man who loves the club. He’s around, he trains, and he’s an ambassador traveling around the world to represent Arsenal. He knows this group of players, and while he’s normally very respectful, to hear him say stuff like this should make people sit up and take notice.

Of course there’s a financial element to Sanchez’s decision to go to United. He’s 29, it’s his last big contract, and as a genuine star he’s making the most of his talent from a monetary point of view. Yet dismissing his departure as the actions of a mercenary who’s only in it for the cash is a kind of defence mechanism, and an unwillingness to face up the harsh reality that his decision to leave has come from a sporting standpoint too.

Arsenal signed a great player from Barcelona, he got better with us and has been one of the best players in the Premier League and Europe for three seasons. If you want to focus on him giving the ball away, fine. It was frustrating at times, but that was part of the trade off for all the goals and assists he provided. Bottom line: we’re losing one of our best players to a rival club, again.

Now, I’m not against the idea that letting him go and bringing in Mkhitaryan and Aubameyang might make us better, perhaps more cohesive and less dependent on a supreme individualist. I can see how that could happen, and frankly I’m quite excited about the fact we’re refreshing the squad in that way, but with Mesut Ozil’s contract running down too, we’d be foolish to dismiss the Sanchez situation as the actions of a man who was desperately out to fill his financial boots and nothing more.

There’s a pattern at play here. As a club we’ve had top talent over the last few years, and almost all of those players have decided they’ve needed to go somewhere else to realise their football ambitions. Maybe we’ve just been really unlucky with a clutch of fantastic yet disloyal money-grabbers, or maybe, just maybe, we’ve got sort ourselves out and start behaving like a big club that really wants to win things instead of talking about winning them.

We will have an Arsecast Extra for you later this morning, and with James away for one more week, our final guest host today is Tayo Popoola (@DJTayo). If you have questions or topics for discussion, please send to us both on Twitter with the hashtag #arsecastextra. We’ll put up a post on the Facebook page too so you can ask there also.

That should be available for you before lunchtime. Until then.