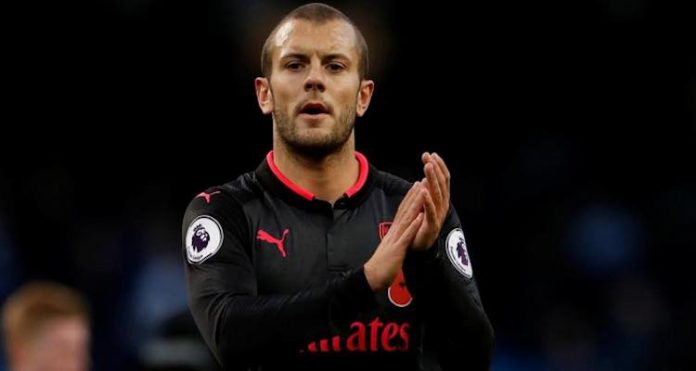 Normally I’d do a quick Saturday round-up of all the news but there is a surprising dearth of it this morning – especially with the schedule as hectic as it is right now. So, in the absence of that, here’s some thoughts on a couple of things that have people talking

Apparently on Sky after the game, they made a big thing about how the players didn’t want to celebrate with Sanchez after his goals. I had a look at the replays, and they did celebrate. Not all of them, but then not all players celebrate all goals. Some players feel like they don’t need to run 70 yards to celebrate a goal when they can save that energy and stay focused on the game.

Suggestions Alexis was snubbed by Laurent Koscielny were thoroughly disproven too:

.@6_LKOSCIELNY congratulates @Alexis_Sanchez on scoring his 1st goal for Arsenal v Palace. Sorry if this doesn't fit in with people narrative of the match. pic.twitter.com/lx8AqgzQ0m

That’s not to say their relationship is perfect, and they did have a bit of a scrap last season but, if you’re going to make a storm in a teacup, let’s at least deal in facts. They’re in short supply elsewhere these days, so it’d be nice if football didn’t go down that road (leaving aside the bullshit merchants, ITKs, and relentless tabloid bollockery, of course).

Here’s the thing though, players don’t have to be friends and they don’t have to like each other. It is not a prerequisite for success or to be able to play together. There are countless examples of players who couldn’t stand each other working together well because they are professional and that’s what you do.

Now, is Sanchez hard work? Undoubtedly. Does he always express himself in the best way? No. But then that’s true of people in every workplace, and as long as someone’s doing a good job it’s easy to ignore, or at least put to one side. So far this season he’s been below par by the high standards he’s set since he’s been here, but his two goals on Thursday made him our joint highest scorer this season.

Also, it’s worth considering the fact that Thierry Henry, magnificent player that he was, was discussing this on Sky. As brilliant as he was, he more than capable of acting like a dick on and off the pitch. He just did it with more panache than Sanchez, perhaps, or maybe his masses of goodwill meant people were more willing to overlook it. You can find examples of him not celebrating goals, or excoriating teammates when passes went astray, (think of how he used to react to Jose Antonio Reyes for example), so there’s more than a touch of the pot calling the kettle black here.

Nobody is blind to what’s going on with Alexis, or that his future is going to be elsewhere at the end of the season, but there’s enough to be dealing with without stuff that’s blatantly false too.

Jack Wilshere and his contract

At the start of the season Wilshere was challenged by Arsene Wenger to prove his fitness as he returned from a broken leg at the end of his time at Bournemouth. He’s done that. I think the manager can take some credit for this, because he’s brought him back at a slower pace than many, perhaps even Wilshere himself, would have liked.

He played him in the Europa League and Carabao Cup which, in some ways, made it hard to play in the Premier League because of the risk of fatigue related injuries as he built up his match fitness. However, he’s now capable of playing games with short recovery times inbetween and his display against Crystal Palace was his best of the season.

It means he’s also fulfilled Wenger’s second challenge, which was to prove he had the legs to do it in the league and the quality to make an impact on games. Now, we have to acknowledge that and give him a new deal.

I think midfield is an area which requires serious improvement, but part of that improvement is increasing the overall quality of your squad. If, for example, we sign a shit-hot midfielder, we make ourselves better, but if our back-up and depth comes from a player like Wilshere rather than a Coquelin or Elneny then, with all due respect to those two, it improves us further.

Wilshere wants to stay, he’s said it more than once. The contract talks which were planned for the end of December are now pushed out to early January according to the manager, because of the hectic schedule (something we must have been aware of when we said late December in the first place, but there you go).

With the other contractual situations we have to deal with, especially regarding Ozil and Sanchez, an inability to agree terms with Wilshere would cast the club in a very poor light. He’s an Arsenal man, he wants to stay, he’s shown he can contribute, and there’s no real downside to this one at all. If it doesn’t work out, you still have a relatively young English player who will fetch a fee in the market.

As it is, from Tuesday he can agree a pre-contract with any club in Europe, and while I can kind of understand how it got to this point, there’s no reason why we can’t get this done. Of all of the contract issues we have to deal, this is the easiest.

Finally for today, I’ll leave you with the last Arsecast Extra of 2017. Thanks to all of you for listening throughout the year, it’s greatly appreciated. Have a great Saturday, back tomorrow to preview West Brom.