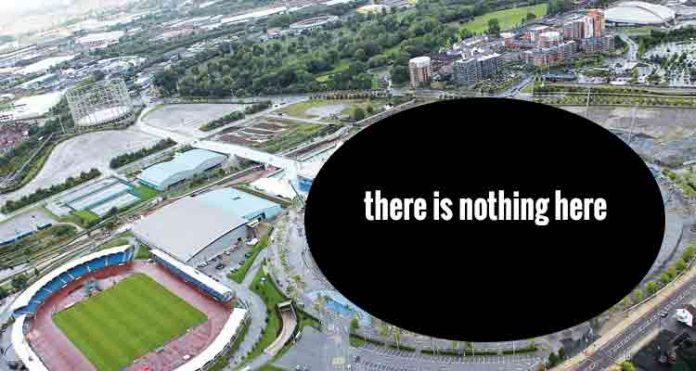 Hello everyone. I’m back in Ireland and I think I’ve had an ok night’s sleep so hopefully that’s that with the jetlag after 22 hours flying.

*prepares self to feel like crap later and hallucinate and stuff*

Thanks to Andrew for holding the fort yesterday as we spiral into another Interlull. Not just any old Interlull though, because of the defeat to Man City it’s an Interlull of Introspection in which we pore over the last result, the last game, the last performance, and it’s hard to look beyond it.

I mean, if you were to pretend that Man City don’t exist, the league table doesn’t look that bad:

We’re level with the Champions League places and only four points behind the leaders, and with 27 games to go there’s loads of time to make up the gap between us and the top. It hasn’t been the best start to the season but, you know, hopefully we’ve got those bad games out of system, we can regroup and kick on from there, and stay in this title race right until the end.

Stop laughing. I know. We can’t pretend Man City don’t exist, but perhaps we should for the sake of our own sanity. Pretend that lego-haired hunk Mikel Arteta isn’t there learning from one of the best coaches in the world. Pretend that they don’t have a collection of some of the best forward players in the Premier League right now. Pretend that Kyle Walker doesn’t actually look like a footballer who knows what he’s doing now apart from running a lot. Pretend that Noel Gallagher and Johnny Marr aren’t enjoying themselves with their guitars and their haircuts.

If we can pretend, if we can perform those mental gymnastics, then it re-frames our league season into something that could be enjoyable. Ok, maybe not enjoyable, but certainly less unenjoyable. I know we’ve all had our issues with the scrap for top four in the past, but while we’re pretending we could imagine that there is actual trophy for doing it and have an open-top bus parade if we get there.

If it sounds like I’m joking, I kind of am, but I’m not really. I think it’s hugely important that these players feel like they’re playing for something in the Premier League this season. They probably now realise that winning the title is not a realistic proposition. That, after just eleven games, is probably quite demoralising.

Yes, they’ve played their part in it, I’m not excusing them in any way, but they’re also playing under a manager who has failed to build a team which can challenge, and that’s not something that can be ignored. What he has built teams capable of though is finishing in the top four. He has done that with a consistency that no other manager has ever done, until last year’s blip which saw us finish a point outside the Champions League places.

However, a slight re-think about what’s realistic, some imagination, and willfully ignoring the existence of one club should make for a slightly more palatable experience. It’s also why the North London derby after the Interlull becomes so, so important. Win it and we’re a point behind them and it will restore some belief and confidence. Lose it and I fear it’d be like pulling the plug on the Arsenal bath and the water will churn down the plughole and things could get a lot worse.

That is a conversation for another day though. We still have the rest of this week and all of next to deal with the contemplation of our very existence, this Interlull of cogitation and navel-gazing. Or naval gazing if you live near somewhere where there are a lot of army ships. Either or.

Right, a couple of quick things. For those of you wondering about the arses and live blog etc, we are making progress, and if testing goes well now that I’m back, we should have those up and running pretty soon. Comments below each article remain open for now.

And as I mentioned above, James and I recorded an Arsecast Extra last night, looking back at the Man City game, the performance, the contentious issues, and what it means for us. We also chat about Sanchez and Ozil, conceding so many penalties, Nabil Fekir, and we reveal and out of the blue name as a possible next manager for us along with lots more waffle and nonsense. Please listen, subscribe and if you fancy giving us a rating/review on iTunes we’d really appreciate that.