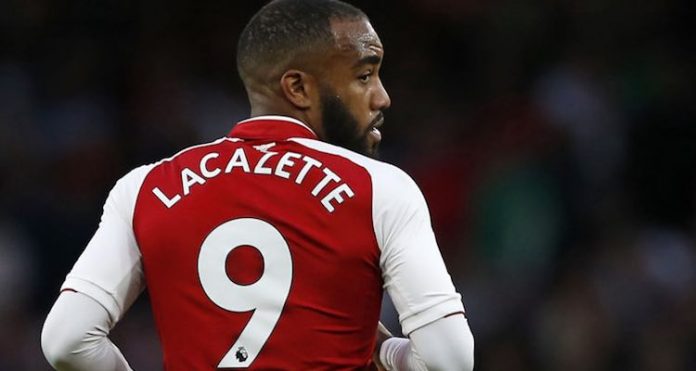 Morning all. It’s one of those fine Interlull mornings where there’s not a lot going on, although the bold and the beautiful were out in force last night for the world premiere of 89 in London. Hopefully everyone had a swell time.

I can’t wait to see it, I just couldn’t face the idea of another flight after coming back from down under, and for those of you in Ireland there’s an event happening in December – some vague details here right now.

Right, so let’s have a look around. First up, Alexandre Lacazette’s agent insists that there’s no problem and everything is groovy despite the fact that the French international wasn’t selected for the Man City game on Sunday. It follows on from his lack of selection away at Liverpool, and the fact that he’s only completed 90 minutes once since his arrival, and that was on the opening day against Leicester.

It’s not worrying, because he played at Chelsea. Our way of working is to relativise things: 11 matches, nine starts. Of course, it’s not nice to see that he didn’t start that match, but it was, as Arsene Wenger explained, for tactical reasons.

Alex isn’t complaining about his playing time, even if he would prefer to start games like those against City or Liverpool.

I listened to the Arsenal Vision podcast this week where they had what you might call a robust debate about the decision to leave him on the bench against City. Personally, I’d have started him, what with him being our leading goalscorer and being good foil for the creativity of Ozil and Sanchez.

I wonder about the message it sends when your record signing is being left out for big games away from home to accommodate other players who haven’t always shone in those particular fixtures, and while I think the agent is speaking calmly and playing down any talk of unhappiness, I think it says something that after just a few months he’s having to do that.

I hear the argument about him being not physically up to speed yet, but I’m not sure I buy it. I accept that the manager knows his players better than anyone else, but often his substitutions aren’t because Lacazette is tired, but because he wants to give Olivier Giroud some playing time. Also, he’s been a professional, international footballer for years, and the Premier League is not that much more intense that he couldn’t last 90 minutes. Not to mention playing 90 minutes might also help him build the fitness to play 90 minutes.

Perhaps there is something to the point of view that bringing him on later at City would give us fresh legs in the final stages, but to counter that if he’d been on the pitch from the start perhaps his quality might have ensured the game took on a different dynamic. Ultimately, I find it hard to look beyond the fact we spent £50m on a striker who has scored more goals than anyone else this season and for a game against a team as good as City, when goals are so crucial, we weakened ourselves up front.

It feeds into the ‘Oh, we got beaten but it wasn’t as bad as we were expecting’ narrative which, while I understand it, I find annoying. I don’t like that we’re at a point where we think that about ourselves, regardless of how good the opposition are. City are a great team, no question, but this resigned, self-defeating attitude speaks volumes about where we are as a club.

On the one hand people have been imploring Arsene Wenger to take a more nuanced tactical approach – particularly away from home against the top sides – but with just one win in our last 18 games in these fixtures, it’s hard to say it’s having a marked effect on the results. What we get is a kind of watered down version of an already watered down Arsenal, and I don’t think it’s any coincidence that since he’s tinkered with his tactics more often we’ve become much less identifiable as an Arsene Wenger team.

I’ve said before I don’t really understand what our style is, what kind of football we want to play, or how we play it. What we see these days is very different from previous iterations, and I wonder if our lack of consistency is somehow down to this lack of clarity. Anyway, if I were Lacazette I’d be happy my agent said what he said, but I’d also be a bit cheesed off that I was the player deemed expendable when Wenger makes decisions like that.

Meanwhile, the Mail are reporting that chief scout Steve Rowley is on the brink of leaving the club. I’m not linking to the Mail because it’s such a noxious rag, but that’s basically the whole story. There’s some jibber-jabber about Ivan Gazidis, StatDNA and modernisation, but it’s just filler.

It would be a very interesting development if true though. There have long been questions over the state of our scouting set-up, and I’m aware that there are ongoing issues which have left staff scratching their heads, so this is an area where change would be very welcome. Assuming we make the right appointments, of course.

Remember, we still have to replace chief negotiator Dick Law, although we did bring in the Team Sky lawyer, Huss Fahmy. There has been recent talk of filling football executive position, with Marc Overmars linked to the role and a recent report that we’ll be bringing in former Barcelona man Raul Sanllehi as ‘Director of Operations’.

If this begins the behind the scenes restructuring that has to happen during Arsene Wenger’s final two seasons at the club, then it’s a positive move, but as ever we need to wait and see what actually happens. Arsenal are good at talking about doing things, but not quite as much at actually doing them. Fingers crossed though.

Right, have yourselves a good Thursday, Tim Stillman is here with his column later and I’ll be back tomorrow.