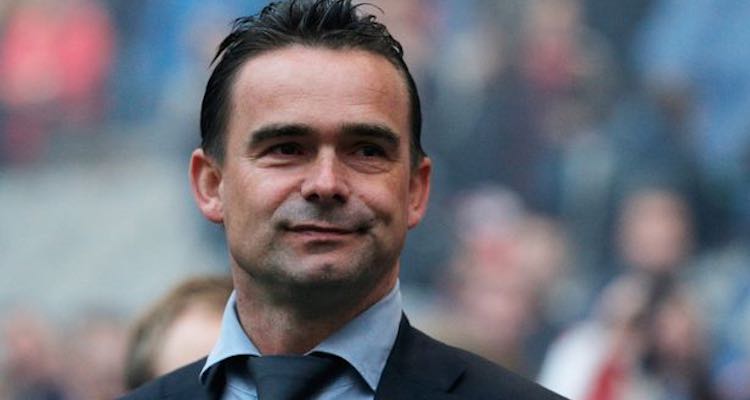 Good morning and there’s World Cup happiness for Ireland after James McClean’s second half goal secured a 1-0 win and a playoff place, but it comes at the expense of Aaron Ramsey and Wales. Will that in some way affect the Arsenal midfielder? It’s been known to happen.

When Russia failed to qualify for the World Cup in 2010 it left Andrei Arshavin so bereft he took to not running even more and eating as many cakes as possible. I suspect Ramsey is made of sterner stuff though, and while disappointed should be able to compartmentalise it and get on with his day job.

Also, I know Arsenal have a lot Icelandic fans, so congratulations to all of you guys this morning – may your hangovers be swift. Maybe being told over and over again that you’re the smallest nation ever to qualify for the finals will become annoying, but it’s a fantastic achievement. Regular readers will know I’m not hugely invested in international football, but we’ve seen some stories over the course of this Interlull – Iceland, Egypt’s emotional qualification – will remind you just how important it is for so many people.

There are still a few games left this evening with some Arsenal interest. France play Belarus, and Granit Xhaka should be in action for Switzerland against Portugal. On the other side of the Atlantic Alexis Sanchez will be in the Chile side as they look for a win against Brazil, while David Ospina’s Colombia face Peru. A clean bill of health from all those games would be very welcome.

Back in the land of Arsenal, an interesting story emerged yesterday linking us with former player, and current Ajax Director of Football, Marc Overmars. Its provenance is a bit odd: an Italian website speaking about a Dutch executive going to an English club, but there does appear to be something to it.

As you may or may not know, the club’s chief negotiator Dick Law left at the end of September when his contract expired. He has returned to the US for family reasons, and that does leave something of a gap at executive level. Whatever you might think about the work that he did and how he did it, at least he was there. We’ve found it difficult enough to do deals with him working alongside Arsene Wenger and Ivan Gazidis, and it’s a role that very clearly needs to be filled – particularly with the January transfer window looming.

Now, the initial report says that Overmars has ‘reached an agreement’ with Arsenal, and that the move could take place at the end of the season. I would suggest that if he is the man being earmarked to come in and take up a role that is very, very important in terms of recruitment and player retention, it really needs to happen before that.

I’m firmly of the belief that Arsenal need to do something in the transfer market in January to a) provide a bit of a spark and start to build for the future and b) to start to offset some of the damage that will be done when the inevitable departures of Alexis Sanchez and Mesut Ozil take place next summer.

Not only that, with new rules about closure of the window coming into place next summer – thus truncating the time available to do deals – and it being a World Cup year, there’s going to be a hell of a lot of work to do. Remember, with 6 players out of contract in June 2018, there are a further 9 whose contracts expire the following summer.

We won’t want to keep all of them, but we have to try and avoid a situation where we’re looking at players we want to hang on to heading for a Bosman and like Sanchez and Ozil.  It really does require us to add somebody to the executive team, and if Overmars is the man they want, then they really should be trying to make it happen as soon as possible, not in a few months time.

As for what he might bring, he’s obviously one of the few ex-Arsenal players who is currently working in the game outside of coaching/management. There’s Edu, currently with the Brazilian national team, and Gilberto was technical director with Panathinaikos for a while, but that’s about it as far as I’m aware.

Reaction to the Dutchman’s tenure at Ajax has, it would be fair to say, been mixed. This blog post might sound quite familiar when it comes to players being content to sit around and pick up pay cheques, but perhaps that reflects as much on the modern player as it does the job that Overmars has been doing there. This interview highlights some of the challenges he faces in holding onto the best players who look beyond the Eredivisie, and he comes across well – whereas this piece talks about serious problems within the Ajax structures.

His appointment would certainly change the profile of the club’s aging boardroom, add some knowledge of the modern game and the people in it, and you can see why it would tick many boxes for those making the decisions. A former player – although hardly one you would call a dyed in the wool Arsenal man – and with experience at Go Ahead Eagles and Ajax, makes him a strong candidate for those looking to build structures for the future and the post-Wenger era. Let’s see what happens.

Finally for today, James and I recorded an Arsecast Extra yesterday evening, discussing the internationals, Alex Iwobi, how we might deal with a lengthy Mustafi injury absence, the Overmars story and lots more. Listen and subscribe below. More from me tomorrow.

MY GOD WHAT IS HAPPENING?