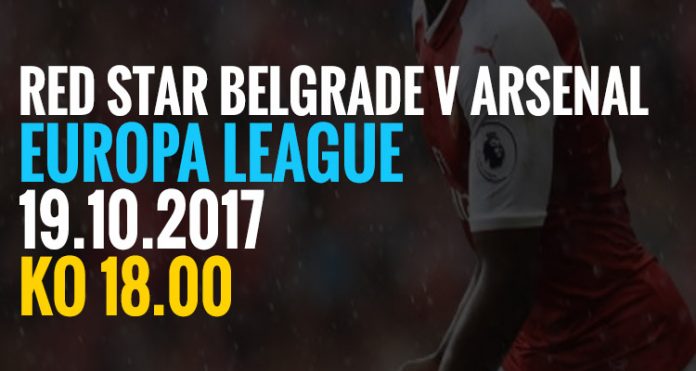 Given the fixture schedule it’s a game which demands rotation. Not only will tonight’s selection be informed by the fact we played on Saturday evening, we’ve got to consider Sunday’s lunchtime trip to Goodison Park as well as Tuesday night’s Carabao Cup clash with Norwich.

Apparently there’s no David Ospina so Petr Cech will start, while such are the issues we have defensively that Mathieu Debuchy could get a game with the manager hoping he can last longer than he did last time he gave him a start. The former French international managed just 16 minutes of the 3-1 against Bournemouth last November. That was the sum total of his first team contribution last season.

Somewhat wryly, Arsene Wenger said, “He has not played for a long time because every time he is close to come back he is injured again. Hopefully he gets through.”

With Shkodran Mustafi and Calum Chambers out injured, Laurent Koscielny having limped off at Vicarage Road, and the need to keep someone like Per Mertesacker fresh for the weekend, it’ll be interesting to see who we’ve got at centre-half tonight. The redoubtable Nacho Monreal will probably be asked to play another full game, but there are suggestions a youngster like Josh Dasilva could be in there too.

Up front we’ve got Olivier Giroud and Theo Walcott to come in, looking to add more goals after their exploits in the last game, while Francis Coquelin, Jack Wilshere, Ainsley Maitland-Niles, Reiss Nelson and Joe Willock could well feature. A fair blend of experience and youth in what’s sure to be an intense atmosphere tonight.

That’s not something Wenger is worried about though, saying, “The support of the team always has a positive impact, but we have the habit to deal with that – we have these stadiums in England and we have long experience in the Champions League. I don’t think that will have a negative impact on us.”

Whatever side we select though, there’s a very real need to show a reaction to what happened against Watford. Both Wenger and Jack Wilshere were asked about the Troy Deeney comments in which he accused Arsenal of having no balls. Wenger was, as you’d expect, defensive of his players, saying, “I know who my players really are”, while Wilshere was a bit more strident.

“I look around this team and you can’t question our character,” he said.

“People try to put us down, they always have. I don’t think the comments were justified. I don’t think we can look back and question our character. We have a game tomorrow and another big game at the weekend and we have seen with this team that the players can bounce back quick – and we will do that.”

See, here’s the thing: I don’t think it’s wrong to question the character of a team who can’t win away from home in the league, and who let a lead slip against a team who they should have beaten. Where I believe the indignation comes from is that it was a fellow professional who said those things live on TV after the game, and in that sense I can understand Wilshere’s reaction.

When Arsenal beat Watford 3-1 at Vicarage Road, no Arsenal player went on BT Sports to do an interview blowing smoke up their own arse and labelling Watford mid-table chaff. It didn’t happen when we beat them 4-0 and 3-0 the season before. Nor did it happen when Watford won at our place in the league and the cup over the last couple of years.

It’s because it shouldn’t happen, and whatever we as fans might think about the team – and as I’ve said it was hard to argue with what Deeney said – I do think there’s a line players shouldn’t cross. However, this is the position we’ve put ourselves in, we’ve become easy pickings, and while both Wilshere and Per Mertesacker have said this week they don’t really pay attention to what other people say, it’s clear those comments have struck a nerve in the Arsenal squad.

In which case, the only positive thing we can do is use them as motivation. If it hurt, react. If they’re a little close to the bone, then maybe step back and think about why that’s the case, and prove people wrong. I had an email yesterday from a reader called Jeremy who suggested that the Deeney comments become the classic ‘Pin them up on the dressing room wall’ thing, and despite the cliché I don’t think it’d do us any harm to remember that he felt like it was ok to say that about us.

The only right answer the players can give is on the pitch. No amount of interviews, no amount of talking will do anything to convince people, but performances and results will. Those are things they have some measure of control over, so if it gives this lot a bit of a kick up the arse and it has a positive effect, then maybe we might turn it into a positive thing.

Just an FYI, we’ve made a few little changes to the mobile themes both here and on Arseblog News. If you notice anything strange or weird, please let me know in the comments here. We continue to work behind the scenes on the live blog and the arses, so bear with us in that regard.

We’ve got all the post-match stuff for you later on, in the meantime here’s some excellent extra reading from Tim Stillman, and I’ll catch you later for the game.