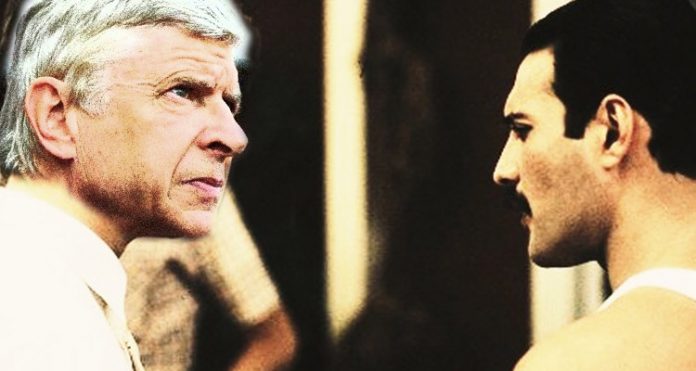 Following the defeat to Watford on Saturday, many a statistic started to circulate about the Gunners’ poor away form. They have taken 1 point and scored only 1 goal in their first 4 matches on the road this season. But the legacy of poor away results predates the 2017-18 campaign. In 2017, Arsenal have taken 14 points from 42 away from the Emirates and only Crystal Palace’s defence has been breached with greater regularity in that time period.

Only Crystal Palace (29) have conceded more Premier League goals away from home than Arsenal (26) in 2017.

The team’s fortunes turned after a pair of damaging away defeats last December. In the space of four days, Arsenal led Everton and Manchester City 1-0 away from home at half-time. Both Ronald Koeman and Pep Guardiola changed tack during the interval, upping the intensity of their approach and were able to turn the table on Arsene Wenger’s men with 2-1 wins.

That four day spell hurt the team’s confidence, but more pertinently, it offered others a blueprint for playing against Arsenal on their own grounds. Both Everton and City found that sitting off of Arsenal and remaining compact was a pretty useless tactic. Once they looked to impose their game and raised the tempo, the Gunners looked beleaguered. You might have noticed that Watford had the same lightbulb moment in the final 20 minutes on Saturday evening.

It is likely that Marco Silva deliberately waited for the final furlong of the game to up the ante. Watford did not have a single player on international duty and Arsenal, shorn of Ramsey, Özil and Alexis, waved goodbye to half of their squad. It would stand to reason for Silva to believe that his team might have the physical edge in the final 20 minutes.

Arsene opted for a half fit Kolasinac and Welbeck but left Özil, also lacking match fitness, on the bench. He had Watford’s physical potential in mind. Özil’s cameo neatly encapsulated why Arsene cannot live with the German, but cannot live without him away from home. He created two golden chances within minutes of his arrival, but Arsenal’s physical potential dropped markedly.

A couple of weeks ago, I wrote about Wenger’s reticence to play Alexis and Özil in the same team. Arsenal lose structure with the pair of them in free roles, but without them, the team loses so much of its cutting edge. One or both have been absent for a surprising number of the team’s away matches this year and that has taken its toll on Arsenal’s ability to be dangerous in the final third.

The lack of firepower has been exacerbated further by the move to three centre halves. This has taken a body away from a midfield that already contributes little in terms of scoring and creating goals. Andrew and James had an interesting discussion on this week’s Arsecast Extra about what sort of team Arsenal are and what their identity is.

A team is usually a graven image of its central midfield and Arsenal’s central midfield perfectly establishes the tone. It is average going forward (Ramsey does not score nearly enough for the amount of forward running he does) and too reliant on the ability of Alexis and Özil to pick up the slack in that department. Off the ball it is less than average, to the point that Arsene has had to play an extra centre half to try and mask its deficiencies.

Yet Arsenal’s home form in 2017 is pretty impressive by contrast, so why the disparity? Well, the number one issue, in my opinion, is that Arsenal are below the required standard when it comes to transitions. Football’s tectonic plates have shifted away from possession based football in recent years and is now far more geared towards dominating transitions.

Tottenham have followed this approach. They have struggled this season in games where they have dominated possession, but they tore Borussia Dortmund limb from limb with less than 40% of the ball in September. Their game is to pen their opponents deep into their own half and force them into errors. Lots of teams play like this now, especially when they play at home and Arsenal do not have the attributes to properly handle it.

At the Emirates, teams sit off of Arsenal and the Gunners have few issues in picking them off. Given time in front of his own defence, Granit Xhaka is a wonderful exponent of “the moderate value pass” from midfield to attack. Aaron Ramsey’s ability to plough forward is far more of a virtue against a team that have sacrificed a midfield for a few extra bodies in defence.

Özil is less susceptible to one of his heavy colds or slight knee injuries when Arsenal play at home, which means the extra creativity to break teams down is present and correct. Away from home, teams are far more likely to put the Gunners under pressure in midfield and they don’t really have the players to get themselves out of trouble.

Even when Santi Cazorla was a regular fixture in Arsenal’s engine room, they struggled with teams that pressed high. Klopp’s Dortmund obliterated them in September 2014, Pochettino’s Spurs and Southampton sides have suffocated Wenger’s side on several occasions, Koeman has done something similar too. But transitions don’t just originate from a high press.

West Brom and Stoke both sat off of Arsenal at home and ran away victors. Arsenal’s failure to deal with the Baggies’ setpiece threat did for them in March, but Özil did not play in that match and Alexis had to be substituted due to injury, which impacted on the Gunners’ ability to hurt West Brom’s packed defence.

Arsenal were undone at Stoke by their inability to deal with a fairly simple transition. Granit Xhaka did not need to be pressed vigorously by Stoke when he turned the ball over in the centre circle (his pass completion average for the season currently sits below 80%, which is a microcosm of the team’s travails away from home).

From here, Özil and Xhaka chased in vain as Stoke powered forward for Jese to score the winner. Leicester had success capitalising on Arsenal turning the ball over in their defensive third at the Emirates back in August too. It was only when the Foxes sat back and tried to defend their lead that they came unstuck.

Kitchen sink football is something Arsenal can do – unstructured teams often thrive on chaos. See Arsenal’s comeback from 3-0 down at Bournemouth in January for further evidence. The Cherries’ high octane approach had Arsenal reeling, but the home side eventually ceded this advantage in the final 20 minutes, as their legs tired and they dropped back to the edge of their area.

When a succession of moon faced Arsenal players bemoan that the opposition “wanted it more” in their post match interviews, this is probably what they mean. Teams that impose themselves and asphyxiate Arsenal’s midfield early in the build-up phase tend to prosper. It is probably a little more nuanced than mere elbow grease (though that forms a part of it).

Whether or not Troy Deeney’s triumphant post match remarks over simplify the issue is, therefore, a moot point. The perception exists that Arsenal are vulnerable to being pressured in this way and that is enough to give opponents an extra 5% worth of motivation. After a while, a diseconomy of scale effect begins to arise. If Arsenal keep bleeding, opponents will keep smelling blood.

Navel gazing into Geoff Shreeves’ microphone has merely fed the likes of Deeney his lines. It might not be as simple as “cojones”, but smarter managers have read between those lines. Arsene Wenger’s midfield does not have the physical or technical presence to cope with being pressured on the ball and once you have seized possession from them, they are uniformly not going to take it back from you. (You may have noticed that Petr Cech has been pretty busy this year).

The schism between Arsenal’s home and away form can be distilled pretty simply. On the ball, Arsenal can cope. In Alexis and Özil they have enough individual quality to make the difference (Lacazette’s goals have added the armoury this season too). Off the ball, the Gunners are pretty woeful and away from home, they are often forced to deal with transitions which they are mightily uncomfortable with.

In an attempt to address this, Arsene often sacrifices Mesut Özil for someone like Danny Welbeck or Alex Iwobi, which gives the forward line greater structure, but lacks creative potential. Stiffening up the forward line can only go so far in helping the midfield when it is pressured closer to its own goal. Arsenal crumble under that examination technically as much as they do psychologically. If Arsenal solve the technical issue, the psychological issue will fix itself in concert.