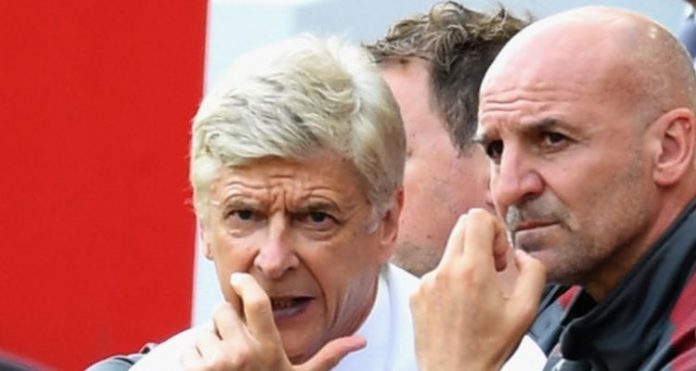 Good morning everyone. It’s another Arsenal free Saturday as our Europa League exploits mean it’s another Sunday Premier League kick-off for us.

Normally I’d have a look at the other fixtures and see what’s going on around us, but at the moment that feels redundant. I genuinely don’t even know what position we are in the league this morning. That’s bad. I should check.

We’re 6th, with 13 points. Watford currently sit in 4th with 15 points, and while some will say it’s down to Marco Silva doing a good job, we all know it’s due to the remarkable exploits of Troy Deeney, the midlands Messi, who scored a penalty and won a header.

After the game against Red Star Belgrade, Jack Wilshere said it was evidence that the team had the kind of ‘cojones’ they’ve been accused of lacking in the last week:

I said yesterday in our press conference I don’t think anyone can question our character. We showed that tonight, you know it’s a tough place to come I don’t think they’ve lost here this season, we knew that before the game and we knew that they were going to be up for it.

Not unreasonable, and when a makeshift side with players out of position keeps going away from home and grabs a great winner, you can’t say they haven’t shown the right kind of character. In general, it’s an easy accusation to throw around because it’s one of those that strikes a chord, particularly with fans who have seen their team struggle on the road this season.

Of course it plays a part, but perhaps it would be more informative to look beyond intangibles and think about the way we play, the way we’re coached, and the way the team is managed during games. To accuse a side that has won three FA Cups in the last four seasons of lacking character doesn’t really make that much sense.

Was there not character when we denied Chelsea a double having suffered a defensive injury and suspension crisis before the game? It’s too easy now to say that they were on the beach having won the league, because it takes away from what was a superb, controlled, hard-working Arsenal performance full of spirit and desire. Is that not character?

Which isn’t to say we don’t have issues, particularly away from home. If there’s a familiarity to our failings – and we’ve seen that Watford defeat more than once, amongst others – is the root cause not more likely to come from higher up? Over the years we’ve turned over players, we’ve let them go, we’ve brought them in, and yet the song remains the same.

Does anyone really believe that bringing in some players who are more demonstrative about their desire to win will make things better? You know, like Alexis. Do people really think that the players we have don’t want to win every time they go out on the pitch? I don’t think you become a professional player and reach this level of the game with that being a fundamental part of you.

Sure, we have had players in the past who were more the chest-thumping type, but a rubbish player can shout a lot and show how much he cares, it won’t help you win that often. It really boils down to how you play, what you can do as a team, and how you can respond to setbacks – particularly in the 90 minutes.

There’s a perception that the Invincibles blew the opposition away week after week, but what made them so brilliant was the quality they had when things weren’t going right. We didn’t always play scintillating attacking football, but when those days happened we had enough to ensure that we always got something from the game. 26 wins, 12 draws. That’s a lot of draws, but those were also vital points.

This Arsenal side seems singularly unable to deal with going behind, or losing a lead. It terrifies us, the knees tremble, the heart goes week, and you end up playing like we did at Watford. It’s a far cry from the day when you felt that even if we did concede, we were more likely to score than ship another goal. Is that down to character, or an inability to impose ourselves on a game when we have the ball?

We’ve suffered because we’ve been unable to dominate games from midfield, and despite spending lots of money and trying all manner of combinations we haven’t found a system in the most crucial area of the pitch that works properly. We can bemoan the loss of Santi Cazorla all we want, but as brilliant as he is, let’s not ignore that the manager more or less stumbled across a partnership that worked for a while when he paired him with Coquelin.

As time has gone on and novelty of having a player who had energy and liked a tackle in midfield wore off, it’s more clear that it was the Spaniard who made it function for the most part. People say we need to find a new Cazorla, which I think misses the point – not least because two-footed geniuses are rather hard to come by, because if they were ten a penny everyone would have one.

I’m not sure that the manager knows what he wants from his midfield, which is why he’s find it hard to make it work. We’ve gone from a three with Mesut Ozil at the apex, to a two with a deep-lying playmaker and a hard runner, but you can’t look at our performances and weaknesses and not ignore the fact we often end up exposed in this area of the pitch.

Given the players we have at our disposal, I’d like to see us return to a back four, and play the extra man in the centre of midfield to see if it might allow us to assert some control over that area of the pitch. Our emergency implementation of the back three provided an improvement in results but not defensive solidity, and now it feels more like a crutch than the way forward.

Going back to Watford, when they equalised we lacked something, no question. The players retreated and invited pressure, but much of that was down to the changes Wenger made. Giroud for Lacazette before the goal was not helpful, nor was his decision to leave Wilshere on the bench until the 85th minute.

We could have shown character from the bench, made a substitution which could have changed the dynamic of the game, yet we allowed Watford to build the kind of momentum which reached its inevitable conclusion with the injury time goal. I guess what I’m saying is that it’s too easy to point at this player or that player and say they lack mettle or desire, when the issues run far, far deeper than that.

And until such time as we have clarity about how we want to play football, I think we’ll continue to see games like the one at Watford interspersed with periodic good form which is what makes the games like Watford so frustrating.

Anyway, I’ll leave you this morning with this week’s Arsecast, looking back at the Europa League win, Wilshere’s push for greater involvement, Ozil’s future and an Everton preview as well. Back tomorrow for that trip to Goodison Park, until then have a good Saturday.