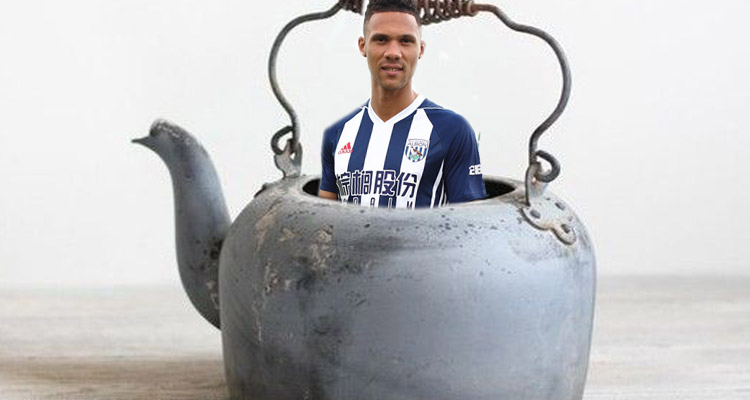 Good morning, I hope you and your face are well. Me and my face are hungover like a fox, so please don’t expect anything too somethingy this morning. Please replace the word ‘somethingy’ with a more cromulent word like ‘coherent’ or ‘readable’.

I didn’t pay too much attention to yesterday’s football, but if you didn’t too, here’s a round-up of what happened.

Watford won. I don’t care that much.

So, as you can see, it was not a good day for us. Everyone we would want to lose didn’t lose, and now the pressure is really on as we face West Brom tomorrow night. Tiny little microscopic Tony Pulises will haunt Arsene Wenger’s dreams, with their tiny little caps and tiny nipples as they try to headbutt James Beattie in the shower. Now they haunt your dreams too.

If Guillermo del Torro is ever making a sequel to Pan’s Labyrinth, like Pan’s Labyrinth 2 or Anne’s Labyrinth, or one set in a launderette for a specific breed of dog called ‘Pan’s Lab-rinse’, he should use these as his creatures which fill us with disgust and dread. Forget the bloke with hand-eyes and all that, zillions of mini naked Tony Pulises going around would surely scare the shite out of the people watching.

Anyway, that’s something for us to worry about in the future, like tomorrow, but also tomorrow we’re going to go up against Kieran Gibbs for the first time since he left the club towards the end of the transfer window. The manager said his departure hurt him more than that of Alex Oxlade-Chamberlain because the left-back had been at the club for so long.

Overall it’s true that with Gibbs it hurt more than Chamberlain because he had been educated at Arsenal from the age of 10. When he arrived he was a left-winger. I transformed him into a full-back because he was not necessarily rated as a guy who would make it as a left winger but I saw something in him that was very intelligent, with pace, that made me feel he could make it as a left-back.

There’s an old Irish saying which I’ve just made up which states: ‘You don’t keep boiling water on the stove when you’ve just bought a new Delonghi kettle’, and I think that’s never been more true than it is right now. Not just because I say it is, but actually because it actually is.

Gibbs was the whistling cast-iron lad that’s been battered around for years but eventually you decide you have to modernise and then some lad in the pub says ‘I can get you a kettle for nothing, don’t ask where it came from’, but it came from Germany and now you can boil water much more quickly than you did in the past. When Gibbs is struggling to heat up that water, your new Kolasinac 5000 is bubbling away like a mad thing and you think ‘Why didn’t I change before now?’

Of course you forget that you did change, you had a Spanish model which you preferred but that’s also getting a bit older and you have to future-proof your kitchen. Let’s not overlook the usefulness of kettles though. They heat water, for making tea or coffee or one of those flavoured teas which disgust me to my very core, or for filling up a hot water bottle, or pouring on your windscreen on an icy morning or making ice cubes because apparently hot water freezes faster than cold water.

They are a very useful appliance, all told, and not something you have in a cupboard that you never touch like an egg slicer. I have one, and I have used it once. After that one time I decided I did not need to slice up hard-boiled eggs ever again, but have I thrown it out? No. I have kept it like Hoardy O’Toole as if I might need it again at some point. I will not.

Anyway, Kieran Gibbs is a kettle. Alex Oxlade-Chamberlain is an egg slicer. Pass it on.

Alexis is back, training continues, nobody’s left yet