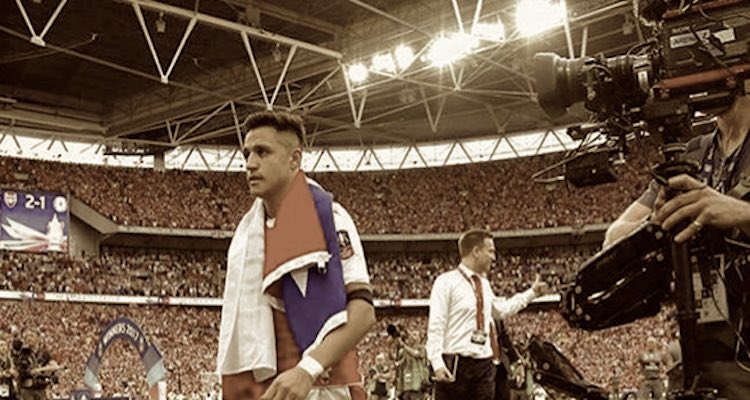 Morning all. That’s it, the Interlull is done and dusted, and we can get back to what’s important: figuring out how the hell to beat Bournemouth. More on that anon.

It looks as if everyone who was away on international duty will be coming back unscathed, there are no reports of any injuries at this point anyway, so that’s the first thing. Alexis Sanchez played for Chile as they lost 1-0 to Bolivia, putting their World Cup chances in real peril.

How ironic/annoying would it be that the one time he gets a summer off is the summer when he’s going to leave? He joined us off the back of the World Cup in 2014, did consecutive Copa America tournaments in 2015 and 2016, and this summer was away playing at the Confederations Crap. Ah well, that’s the way it goes, I guess.

By all accounts he played poorly, perhaps he’s not in the best frame of mind or still just finding his way back to match fitness, but you can be quite sure every bad pass, every grimace, every gesture will be analysed to the Nth degree this season, so that’s something we better get used to. He also hit out at criticism leveled at him (by the Chilean press I assume), in a post which said:

You get tired of being criticized with reason and without reason, you get tired of those who want you beaten, you get tired of saying to yourself “once more I’ll get up” after crying after a defeat, and you get tired of telling the world and people who are with you that everything is going well. And the worst thing, that no one ever realizes how that makes you feel … I wear the number 7 of Chile and it’s a huge responsibility, that’s why I’m sorry that journalists and bad people criticize without knowing …

Yikes. When he returns to England, Arsene Wenger has got to get him focused, because he sounds like – and appears to be playing like – a man weighed down in many ways. He’s a strong character, but only human and I suspect the shenanigans this summer have had an effect. The who, what, and why of all that is basically irrelevant at this point, he’s going to play for this club until next summer, and we need to get the best out of him for obvious reasons.

A goal on Saturday would be a good start, hearing his name sung by fans would be a help, but beyond that the people behind the scenes, the managers and coaches etc, have got some work to do. There’s are many layers to his situation and how it went down, but he’s ultimately hugely important to us if we want to get ourselves back on track, so let’s hope he’s not too bogged down by it all.

The question of how exactly we get ourselves back on track is a good one. My gut feeling, based on the squad that we have, is that the back three experiment will come to an end sooner rather than later, and the extra body there will be shifted into midfield. That body may well be Francis Coquelin, with Granit Xhaka and Aaron Ramsey ahead of him (it’s not as if we’re replete with midfield options really), but we’ll obviously have to wait and see what Arsene Wenger decides. He is a fan of the Frenchman though.

I think the manager is naturally more comfortable with a back four, and if we have a midfielder who sits deep and screens the defence then it might go some way to offsetting the issues we have in that area right now (this week’s tactics column on Granit Xhaka is a good look at that by the way). We need to get rid of those vast open spaces somehow.

When he first broke into the team after being recalled from Charlton, people were impressed by the defensive side of Coquelin’s game. Subsequently, Arsene Wenger deployed him further forward, asking him to play as a kind of decoy to allow others time on the ball, and that exposed his limitations, but maybe the solution is to ask him to do what he’s best at. Sit deep, screen, chase, make some tackles, and feed the ball to those who can be a more expansive with it.

The other option in that position is Mohamed Elneny, who is less defensive but more metronomic. He’s more about keeping things moving than rugged defensive work, but if we don’t address the issues we have in midfield, I fear we’re going to continue to struggle.

The other component of that is the back four, and I would hope to see Hector Bellerin and Sead Kolasinac now establish their places in it in the right positions, while the central defensive duo will be interesting. It’s clear the manager has trust issues with a number of his centre-halves, but he really has no other option than to allow them to change his mind. I suspect his first choice duo will be Laurent Koscielny and Shkodran Mustafi, but with Europa League this season there will be chances for others to convince him. We’ll see.

Speaking of Europa League, the squad for this season was announced and given that our first game of the tournament is next Thursday, I think we’ll see a very interesting team selection because we play Chelsea at Stamford Bridge on the Sunday.

Could we see something like: Ospina, Debuchy, Mertesacker, Chambers, Monreal, Elneny, Wilshere, Willock, Nelson, Walcott, Giroud? Not exactly box office but with Premier League points at an absolute premium because of the way we’ve started this season, it’s hard to see him risk too many ‘first choice’ players for this one. Anyway, that’s all to come next week, and I suspect if you’re in town and looking for a ticket to the game, they won’t be that hard to come by.

Finally for this morning, a midweek bonus podcast for you. I chat to David Ornstein about Arsenal’s summer, what went down and what didn’t, transfers, the manager, the board, the club’s overall philosophy and loads more. Check it out below, and if you listen on iTunes and want to give us a review that’d be swell. Have a good one, and enjoy the podcast.