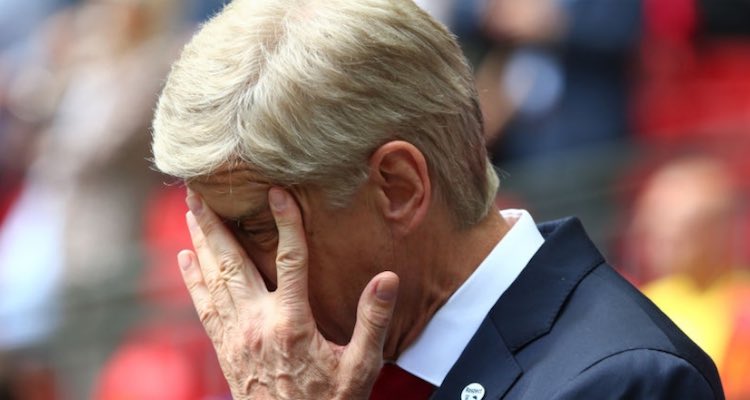 A few weeks ago on the Arsecast Extra we were asked to give Arsenal’s summer business a rating out of 10. I went for a 5, because although I’d been encouraged by the relatively timely captures of Alexandre Lacazette and Sead Kolasinac, as well as the appointment of Jens Lehmann to the coaching staff, I felt there was still a lot to do.

It looks as if there might be issues at centre-half, with Arsene Wenger apparently unwilling to use Per Mertesacker, Gabriel gone, Holding’s confidence shaken, Mustafi still to properly convince, and Calum Chambers in some kind of limbo despite a restorative loan spell at Boro last season.

I’ve written a number of times about our need to sign a central midfield player but that looks increasingly unlikely, with suggestions that Jack Wilshere will be retained for the final year of his contract and used to fill that gap. Up front, we have plenty of options, but it’s not unfair to question a couple of them at least. Does Theo Walcott have any place in this current system? Do all the fantastic attributes Danny Welbeck possesses make up for his inability to convert a higher percentage of his chances?

Then there are the contractual situations of Alexis Sanchez and Mesut Ozil, not to mention the recalcitrant Alex Oxlade-Chamberlain who has apparently told Wenger face to face he won’t sign a new deal yet is being shoehorned into the side as a way to make him feel wanted. When you consider his desire is to play as a central-midfielder, playing him at wing-back – whether that’s right or left – is not going to scratch his particular itch.

It feels to me like there’s work still be done if we really want to make up the gap between 5th and 1st, which is what we should be trying to do. So to hear the manger says he’s happy with what we’ve done in the transfer market this summer is a bit frustrating. He says:

I am very pleased with our market because we bought good players who can integrate with our style of play. That’s what we want. On the other hand, it is very difficult. Today, the prices are out of proportion. The transfer market has become very demanding today.

There is no transfer market anymore because the price depends only on the identity of the buyer and when you are English, you have straight away 50% on the price of a player and that makes it difficult to act.

I have no issue with him being pleased about signing Lacazette and Kolasinac, even if I’m a little dubious about how he thinks they integrate with our style of play when he plays the Bosnian, in particular, out of position. Maybe it’s a case of needs must at the moment, and in time they’ll slot in consistently where we think they should.

However, while I completely agree that English clubs have to pay a premium for players because everyone knows how cash rich they are, that’s an incontrovertible fact of life. There’s no point complaining about the market when you’ve been complicit in the creation of that market in the first place. Like every other Premier League club Arsenal have been quite happy to take the cash in prize money, domestic and TV rights, and everything else that’s dished out to them. Last season alone we received almost £140m. That’s just one season.

It doesn’t mean we have £140m to spend on transfers of course, there are operating costs etc, but this idea implication that the market has become that much more difficult because prices have gone up doesn’t make much sense to me. The only thing that’s changed is how much you have to pay, and you can either get with that and start paying – because that’s what everyone else is doing – or you get left behind.

Last season we finished 18 points off the top. Man City have strengthened considerably, Man United have strengthened considerably, Chelsea have only added a couple but I also expect them to do some serious business between now and the end of the window, and I think Liverpool and Sp*rs will bring in some players too. Perhaps more pertinently, teams below us like Everton have invested massively and although it may not be enough to make up the gap straight away, they look like they’ll be more competitive this season.

As it stands, we’ve spent £46m on Lacazette, brought in around £22m via the sales of Wojciech Szczesny, Gabriel and Kaylen Hinds, giving us a total spend (net) of £24m. In a market when that amount buys you about 56% of Gylfi Sigurdsson, you have to ask whether it’s enough to turn a team that was unable to challenge for the title last season into a team that can this time around. I don’t think it can.

I realise there are other ways of building a team, but I don’t believe you can go again with so many of the players who under-performed in the last campaign and expect things to be significantly different. You know, even if we decided to eschew the transfer market and focus on bringing through some talented youth players to boost our options I’d still have doubts but it would at least speak to some kind of coherent plan.

We’ve spent the summer being linked with players like Thomas Lemar, yet we appear to be the only club on the planet unable to convince Monaco to sell. Why not, at this point, shift someone like Walcott who still has some value because he’s one of the only players with some time left on his contract, and use that money to bring in Lemar who would fit this current system better?

Why do we find it so difficult to move players on? Why do we get so close to signings but for them to fall by the wayside? My suspicion is that behind the scenes things are not as cohesive as they should be. Is there the right coordination between the manager, the scouting team, the admin people, and others on the recruitment side etc? When you look at how many player contracts are expiring in 2018 and 2019, you also have to ask serious questions about our long-term planning.

Doesn’t it speak to our need for some kind of Director of Football appointment? Not the one that Arsene Wenger so rails again, the one who has authority over the manager and who buys and sells players and tells the coach to work with them, but one who can aid and support the manager to make his squad as good as it can be, and to do business as quickly and efficiently as possible. I think there are, since the end of last season, people working to their own agendas at Arsenal, and I don’t think it’s healthy.

I think we’re seeing that in the business we’ve done, and failed to do, this summer. We’re seeing an imbalanced squad mirrored by imbalanced teams in our first two games, and I think there’s a general lack of a grand plan. Arsene Wenger, the renowned jazzer (©P. Auclair) is a great improviser, but right at this moment he’s hitting too many bum notes, and that’s a real worry. I also have concerns that our inability to get where we want to, and do what we want to, go far beyond what we might spend in the transfer market.

There’s still time to get things done between now and the end of the window, but once again here we are heading into the final few days of the window – having had all summer do what needs to be done – and the tune we’re playing sounds awfully familiar.