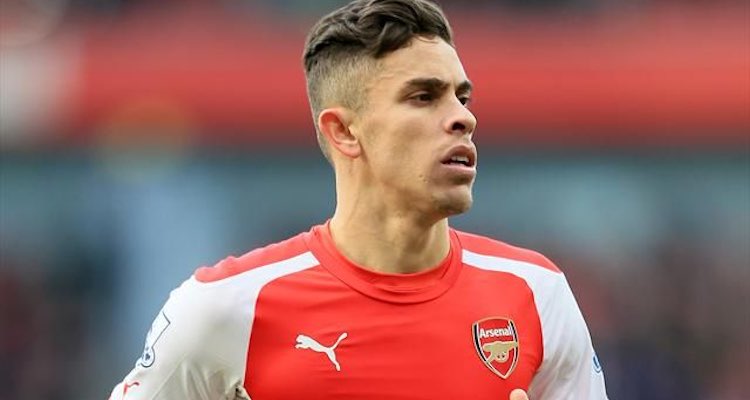 The manager met the press yesterday and we can cover some bits and pieces from that in a few minutes, but the most interesting story today is that Gabriel appears to be on the brink of a move to Valencia.

Firstly, it’s a player going out and we all know we’ve got to shift a few. Secondly, it’s a player who hasn’t really been high on the list of potential departures despite rumours of this move going back a week or two. And thirdly, I wonder what it means for the rest of our central defensive options, in particular Calum Chambers.

If you play three at the back you need depth. Actual, genuine depth, not stick in Mohamed Elneny or Ainsley Maitland-Niles in central defence because you’re stuck depth. As it stands, we have Per Mertesacker, Laurent Koscielny, Shkodran Mustafi, Rob Holding and Nacho Monreal. I know Sead Kolasinac can play there, but I would hope that he’s been brought in primarily for that left wing-back role, and he was only used in the back three against Leicester because we were short of options.

That’s five central defenders for three positions, and it sounds plenty, but there’s a lot of football to play. Three of those players are in their 30s. Koscielny has to manage an ongoing Achilles problem, Monreal is not getting any younger (although far from being finished and he remains one of the most consistent players in the side), while the BFG is retiring at the end of the season.

It means that we have at least start thinking about the future, and although Gabriel hasn’t always been as solid as people liked, he performed the role of a squad player pretty well for the most part and he was still only 26 years of age.

It looks to me as if Arsene Wenger has decided that Calum Chambers doesn’t have a future at the club. His omission from the team/squad on a night when we were so short of centre-halves speaks to that, unless he’s carrying an injury we don’t know about. However, it looks as if the manager has lost faith in him, and it’s well known that if the right offer came in Arsenal would sell.

I do wonder if we should keep him though. He had a good season at Boro, he’s still very young for a defender, and the nature of this season could be redemptive for him. Even if at this point he’s unlikely to start Premier League games, we have the Chinchilla Cup (or whatever the hell it’s called this year) and Europa League in which he could easily slot in.

If he does well, we’ve got a young, English, home-grown centre-half on our books who could well become a regular and settled member of the squad. If we’re not inclined to give him football in those competitions, then we should let him go – but I think it also means we need to bring in a central defender. When you look ahead to next summer, and the players we might have to replace then it already appears somewhat daunting.

The idea that the sale of Gabriel might be the first part of a defensive plan seems a little optimistic though. My suspicion is that he’s a player we might have been ok with keeping, but because of our inability to move on some of the others an actual, genuine, real life offer for a player that’s deemed acceptable has got to be taken seriously. £10m is not a huge amount, but it’s more or less what we paid for him and because we’re selling him abroad the price is basically normal, not inflated by the Premier League’s bubble.

Anyway, with Mathieu Debuchy also linked with a move away (to Marseille), perhaps things are beginning to move on that front. I genuinely think the last week or so of this window is going to be a bit mad, so fingers crossed we can streamline this squad, and hopefully there’s room for another addition – even if the manager seemed to indicate most of his focus would be on outgoings.

As ever there was talk of Alexis Sanchez, with Wenger insisting he had the backing of the board over his decision to keep him. This is quite interesting, because it has been rumoured that there were certain people at that level who were more inclined to let him go if the right offer came in, unwilling to countenance the prospect of such a valuable asset leaving for nothing next summer.

On that, the manager said:

It’s my decision, but after the board has to of course agree with me. And if they don’t agree we have to consider it as well, and I will accept it.

But the board is behind me on that.

Subtle, but well played, because if Sanchez does go it’ll be because the board, in particular Stan Kroenke, has overruled him. Would he do that? I don’t think so. Or if he did, he’d make himself even more unpopular, which would be quite the feat considering how he’s viewed at present. And undermining the manager in that way would be essentially a disaster.

The manager also spoke of the need for financial sacrifice when it comes to his decision making about the Chilean.

Essentially, if Arsenal turn down £50m for Alexis this summer, but offer him a £300,000 a week contract for for years, the cost of keeping him is in excess of the the money we’d get by selling him. That’s an outlay over the course of the contract of £60m+, borne out against the other option of bringing somebody in to replace him at a transfer fee + wages etc.

And if it were Alexis in isolation that’s one thing, but it’s Alexis and Mesut Ozil and Alex Oxlade-Chamberlain, which complicates things further. How much of a financial sacrifice for sporting benefit can you realistically make?

I thought the slight difference in language between how he talks about Sanchez and the Ox was interesting. He insists that Sanchez will stay and ‘accept it’, but only that he wants to keep Oxlade-Chamberlain. Not that he will definitely be an Arsenal player.

I do expect a couple of twists and turns before the end of the window, and it’s also interesting that there’s so little focus on Ozil whose situation is exactly the same. All the questions and focus yesterday were about Alexis and Oxlade-Chamberlain, while the German barely got a mention. What does it mean? I don’t know really, I just think it’s curious.

Right, there was some pre-Stoke team news and all that, but we can deal with that tomorrow and Saturday when we preview the game. For now that’s your lot, I’ll be back tomorrow with an Arsecast. Until then have a good one.