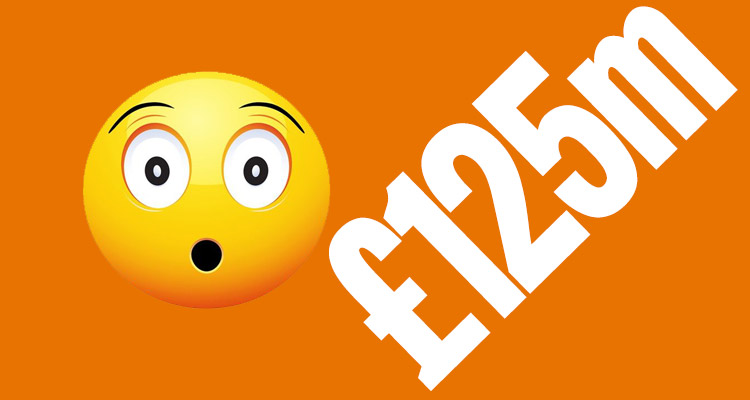 Hello folks, it’s it’s Sunday so a very quick round-up for you. Although today there’s a special Sunday treat as we’ll have an Arsecast Extra for you.

The Sunday Mirror say that Arsenal are planning a ‘stunning £125m’ move for Kylian Mbappe with Arsene Wenger having the chats with the player’s father. Wilfried Mbappe has been told that Arsenal is the perfect place for his lad as we’ll give him regular football away from the pressure cauldron that is Real Madrid. Hopefully the boss has neglected to mention the fact the first time he has a bad game there’ll be lads on Twitter calling him SHITE and hoping he breaks his legs and that.

The same report says that we’re in big for Thomas Lemar as well, and that the Lacazette deal might not happen because he wants to play for Atletico Madrid with his mate Antoine Griezmann because they like going on holidays together, or something.

From what I understand the Lacazette thing is as done as done can be without it being done, if you get me. There’s always the chance that something can happen at the last minute. Like that time we tried to sign that bloke and the other time we tried to sign that lad and the deals were like 99.99999% done but right at the death something went down and scuppered the transfers.

It would take something like that again for Lacazette not to become an Arsenal player next week. I would also suggest that signing him means we’re not going to sign Mbappe, unless Mbappe is seen as a way of replacing another departure, like Alexis.

Some reports are saying that Arsenal will sell him if it comes right down to it, but it comes down to who has got the money. At the moment Man City appear to be the only ones, and as I have said before there’s just no way we can sell him there. I am preparing my stocks of pitchforks and flaming torches just in case, but it’s going to require someone abroad to stump up what we want.

Meanwhile, The Times say that Alex Oxlade-Chamberlain has rejected a new contract from Arsenal, and is prepared to sit out the final 12 months of his current deal which would allow him to leave on a free next summer. He’s concerned about playing time rather than his wages, and I think that’s understandable because as we go into his seventh season with the club we still don’t really know where he plays.

He wants to play as a central midfielder, Arsene Wenger says that’s where he sees him, but despite some good performances when he has played in that position, I don’t think the manager has enough faith in him to do the job there. For me it’s this, rather than the financial side of things, that casts a shadow over his future.

His position, I’m told, is one shared by Jack Wilshere and Kieran Gibbs who are quite prepared to see out the final 12 months of their contracts, so it means decisions have to be made over them – and the others of course. I would not be at all surprised if Oxlade-Chamberlain was a departure this summer. I don’t think Wenger is prepared to give him assurances of playing time in the middle, and at that point we reach the kind of impasse that very often means the best solution for all concerned is a move away.

Finally, Marseille have reportedly made a €28m bid for Olivier Giroud, who may find himself marginalised as and when the Lacazette deal goes through. There are also some suggestions that Everton could be interested too, along with West Ham, so let’s see what happens there. There are probably more spurious rumours doing the rounds this morning, but I think that’s plenty for now.

As I mentioned, James and I will have a podcast for you today, so if you have any questions or topics for discussion send them to us on Twitter @gunnerblog and @arseblog with the hashtag #arsecastextra. We’ll have that for you mid-afternoon.

After that, that’s it from me for a little while. I’m off on holidays to read books and do as much nothing as possible before a new season begins. Tom will be here to provide all your blogging needs, and normal service will continue over on Arseblog News where stories of all our exciting new players and summer sales will be found.

Estrella and churros for breakfast. See you in a week or so.