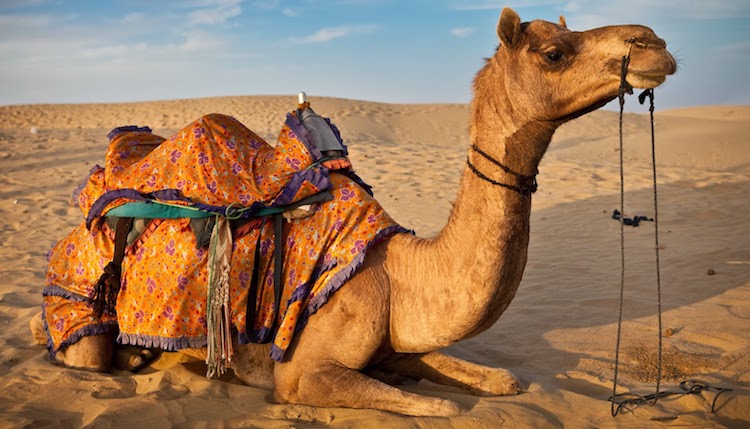 Good morning and welcome to a brand new week, with me, Tom, your stand-in host for the week, while Blogs drinks beer for breakfast and doesn’t have to snooze his alarm clock seven times before hauling himself out of bed to face the warm and sunny climes of Dublin. He’s off on his hols to Spain, you see, so you’ve got me this week. I’m just back from a fortnight in Spain myself, and man was it hot. There might’ve been a heatwave in the UK, but there was one in Spain too, and much as I love the heat, when it’s touching 40c, it’s getting too hot for anyone. Except maybe camels.

But we’ll start the week not with camels and with a story in the Guardian about Mesut Ozil, with questions being asked about who exactly would want him, were we inclined to sell, given the massive wages he appears to be demanding. He’s apparently on £140k a week at Arsenal, and as the article points out, there are few clubs that can offer the megabucks he seemingly feels he deserves: Chelsea, the Manchester clubs, PSG, Real, and Barcelona. The problem is, none of those clubs seem to want him.

I know opinion on Ozil is divided, with his drifting in and out of games being the main cause of consternation amongst his critics, but for me he’s a player, on his day, that can do and see things other players can’t. For a while, again, amongst some, he was considered a worthy successor to the number 10 shirt, a player gifted with the rare skills of someone like Dennis Bergkamp, who can unlock a defence with a pass no one else on the pitch except him can see.

I had the privilege of being at the FA Cup Final when we spanked Villa, and as I recall, he was marvellous that day. Blogs and I watched the game again at Stanstead airport, our flight home delayed, and Ozil was seeing things no one else on the field could; no look passes that found their man, through balls through the eye of a needle, a picture of the game in his head four or five plays ahead of anyone else. If we got that Mesut Ozil every game, questions around his future would be nonsense, but the feeling prevails that he’s not always “up for it”.

If he’s not willing to put in 100% every game he plays, that’s one thing, but just because he’s not the blood and guts type to thunder into tackles, or be the whirlwind dervish that’s Alexis, doesn’t mean he’s not a valuable player. I was going to look at his stats and compare them with players in a similar position, but he operates in a few different positions and it didn’t feel right. And I’m writing this not you so yah boo sucks to you etc. I thought about comparing him with Cesc Fabregas, who ostensibly the manager wanted to build the team around before he agitated for his move back to Barcelona, but Fabregas only started 13 league games for those blue cunts last season compared to Ozil’s 32 for us. Plus they play in different positions now yada, yada.

Then I thought about comparing him with Eden Hazard, but again, they’re not quite the same type of player. Hazard started 36 games last season, scoring 16 and creating five assists. Ozil got eight goals and nine assists, so perhaps there is room for improvement (bearing in mind Hazard was playing in a team that ran away with the league, while we slumped like Slumpy McSlump at the Slump Factory of Monotony while he’s on his break).

I’ve forgotten the point I’m trying to make – or undermining it. Either way, there’s clearly room for improvement for Ozil, but it should be remembered he was playing in a team that went through an extremely bad patch as well (for which I’m not suggesting he shouldn’t take his own share of the blame).

Bottom line for me, although it seems Ozil’s willing to play out his contract and find out who, if anyone, are likely to offer him superstar wages on a free, were we able to, I’d pay him the money to keep him – even if there aren’t any obvious suitors out there. Losing him would be a statement in itself, and as already mentioned, he is a very, very good footballer. As with Alexis Sanchez, he’s one of our two top class players, and I don’t think we can afford to lose him.

Speaking of Alexis, in a story already covered last week, Manchester City are apparently “increasingly confident” they’ll get him in the summer with a £50m bid, and James’s Gunnerblog vlog speaks of a man that’s decided to go. I’m with Blogs 100% on this: pitch forks and burning torches at the ready if the club sanction a move there. It simply cannot be the case that we sell our best player to a direct rival, strengthening them, and significantly weakening ourselves in the process. I may be wrong too, but Alexis doesn’t strike me as the type to go on strike or try to force a move through misbehaving, so holding him to his contract, playing him through the prime of his career, and letting him go on a free when he’s at the end of his contract is the only tenable way we can let him leave the club. There’s been talk of a swap involving Sergio Aguero, but I just can’t see that happening.

In other transfer news, Alexandre Lacazette is still rumbling on (“when, not if”, according to Sky), with the clubs still haggling over the fee. Lyon want €65m, with Arsenal valuing him at €50m. The sums of money are obviously ludicrous, so what’s another €15m between friends? If the transfer ever does complete (haha), I suspect a compromise will be met, with various add-ons and other bonuses added to the fee.

Another player we’re known to be interested in is Dortmund Monaco’s “schemer“, Thomas Lemar, with the club apparently having had a bid of €35m rejected out of hand, with Dortmund Monaco insisting the player isn’t for sale. I guess we’ll see what happens with that, but Dortmund Monaco seem adamant, so it’s down to our new contract negotiator to see if he can make something happen. The backup plan seems to be Riyad Mahrez, which according to sources in Italy is a “done deal”, though the only time I’ll ever believe an Arsenal transfer is a “done deal” is when he’s posing in a red and white shirt with an Arsenal crest with the news reported on arsenal.com and you can buy a shirt with his name on it on the online store… There’s still rumours of a £125m bid for Kylian Mbappe, but despite the loosening of the purse strings over the past few seasons, I simply can’t see Arsene Wenger sanctioning a world record transfer fee for an 18 year old who’s inevitably going to leave after a few years to play for Real or Barca. If he’s that good, would we even hold onto him for more than one season?

In Arseblog site news, I’ve made a couple of tweaks to the bits and bobs that power the site, so hit me up on Twitter if you notice anything weird going on. Our servers have been suffering a bit when new blogs are posted, and although that’s unlikely to be fixed today, it should be soon, and there’s a few other cogs and wheels I’ve tightened.

Finally for today, congratulations to Shkodran Mustafi’s Germany, and commiserations to Alexis Sanchez’s Chile for the former’s win in the final of the Confederations Crap. I didn’t watch, so I can’t comment on the game itself. You can read more on Arseblog News.

That’s your lot for today. Have a good start to your week, and I’ll see you tomorrow for more tittle tattle.