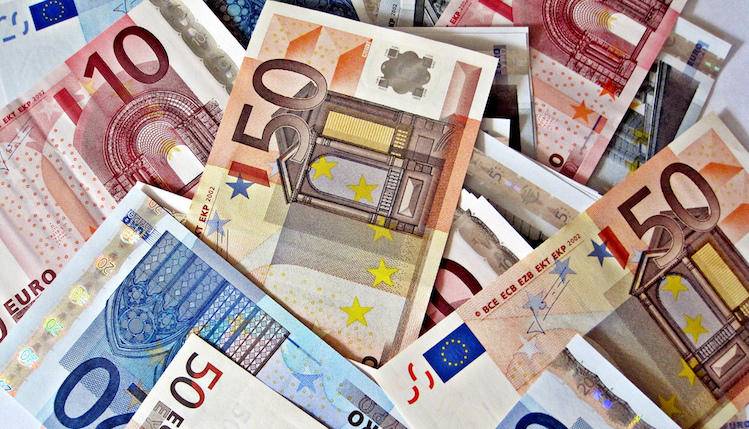 Ah, Tuesday. The day of the week when you’re just glad it’s not Monday anymore and can look forward to the hump of the week tomorrow with Thursday being the inevitable slide towards Friday, which you know will go quickly because time seems to be going ever faster, and you’ve too many things to do and not enough time to do them before it’s time for a pint at the end of the week anyway. Except that still leaves you with Tuesday, which is actually the start of the week (Mondays don’t count on account of them being bollocks). So you better get some work done today. Balls.

Anyway, it’s alright for me. I’m on holiday. I’ve been on holiday since the beginning of June, doing that Shared Parental Leave thing a year after my boy’s birth. Days are meaningless to me. Well, except next Monday, when I go back to work, which I’m looking forward to like one might anticipate the pleasure of a hole being drilled into one’s head with a rusty spoon, anaesthetised simply with a nice cup of tea. Which is pretty much what it’s going to be like, in fairness.

Aaaanyway, we’ll start today’s round up with Alexandre Lacazette, with the “when, not if” becoming ever more “when”, in particular according to Lyon president Jean-Michel Aulas who says the transfer is now just “one or two days” away from being done, for a fee of upward of €50m plus add-ons. Forgive me if you’ve heard this one before. It seems Lacazette may have been in London yesterday to complete the formalities, so we may actually be able to announce something to get you through the hump that’s Wednesday (hump again? Have I got a thing for camels? They do have very long eyelashes). We’ll see (about Lacazette, not camels; I’ll keep that to myself).

It strikes me that fifty million euros is a lot of euros. I mean, the cost of player transfers these days is just absurd, but €50m really is a lot. He’s 26, so it’s not like we’re not going to turn him into a world class striker and recoup any of that money on a re-sale – he has to deliver. And the thing is, I’m not sure he is a world class striker. I don’t have time to watch football other than the Arsenal anymore, so I’ve never even seen the chap play. I’m not sure who I’d pick from another club to buy instead (assuming you could get them for the same money), but it still seems like an awful lot of money. The idea that an 18 year old is worth £125m really is ludicrous – is Mbappe more than twice as good as Lacazette? I guess I just don’t understand how these thing are worked out anymore. Perhaps he is worth that much. Arsene Wenger has long seemed to be of the opinion that you should spend the club’s money as if it were your own, and certainly that’s the philosophy where I work, so perhaps I’m comparing it with how I’d spend €50m (I don’t think I’d live very long).

Anyway, you can keep up with the day’s developments over on Arseblog News and see if it’s one we can finally wrap up.

One man that might see his first team chances limited if when we do get over the line with Lacazette is Olivier Giroud, with the magnificently coiffered and most handsome Frenchman attracting interest from Everton, amongst (many, many) others, with the Toffees apparently “preparing” a £20m bid for him to go to Goodison. I know all his limitations, but were it up to me, I’d keep him around. He has a knack of coming on and scoring important goals, but most importantly he offers us a different way of playing – and who can forget this? I just love the reaction of the fans in the stadium going “woooooaaahhh” when they see it again on the big screen – and let’s not forget he made that counter attack possible in the first place with his little flick inside that’s an excellent example of the type of close quarter link up play of which he’s capable. There’s not much room for sentimentality in football anymore, and admittedly that’s perhaps one of the reasons we’ve stagnated over previous seasons, but he seems like a good bloke too, loyal to the club, grateful for his chance, so some loyalty in return doesn’t seem hugely unreasonable if he’s willing to accept the role we want from him.

At the other end of the pitch, in goalkeeping news, Mad Bastard Jens Lehmann (his official title) is to join the club as a first-team coach. It’ll be his third spell with the club, with the two previous times being as a player, first as our Invincible goalkeeper, joining in 2003, and then again as cover in 2011 having left in 2008. Quite how he’ll coach Petr Cech, and what he’ll think of the protective hat the Czech wears during games, I’m not sure (it is just during games he wears it, right?), but I think the more Invincibles in and around the first team the better. And I assume he’s going to be a goalkeeping coach rather than a general coach in being a mad bastard – though perhaps he could combine the two roles.

In other goalkeeping news, Wojciech Szczesny has used that most profound and traditional form of farewell message, Instagram, to post a goodbye and thank you to Roma for his time there, adding a looming wolf in the background that looks like it’s ready to tear him to pieces. Quite what happens with Szczesny now, I don’t know. I’m not sure whether his contract with us is up, or whether it’s just his loan that’s expired. I’d assume the latter, since I understand he’s been doing well there and unless they have a significant upgrade primed and ready to take the number 1 shirt, I’d imagine they’d want to extend. Bring him home, I say. Let him learn from Mad Jens and Cech, and bring him back into the team in what are the peak years for a goalkeeper.

In site news, thanks for the replies on Twitter yesterday about the apps not updating properly. We understand the issue, and it’s entirely the fault of Blogs, conveniently not here to defend himself or say otherwise. The problem will be rectified just as soon as we’re able (though there will be an update to the apps that you’ll have to install when it’s made available). Your patience in the meantime is much appreciated.

Finally for today, a couple of pieces from the official site, the first a nice anniversary yesterday to remind your Sp*rs colleagues about. It was 3rd July 2001 that Sol Campbell became an Arsenal player. I remember I was driving when I heard the news, and I nearly swerved off the road with laughter. The site also has an interview with the ever dreamy Robert Pires talking about the faith and belief he has in this squad and how the Premier League is the target for next season. Ah, Bobby, if only you were twenty years younger…

More waffle from me tomorrow.