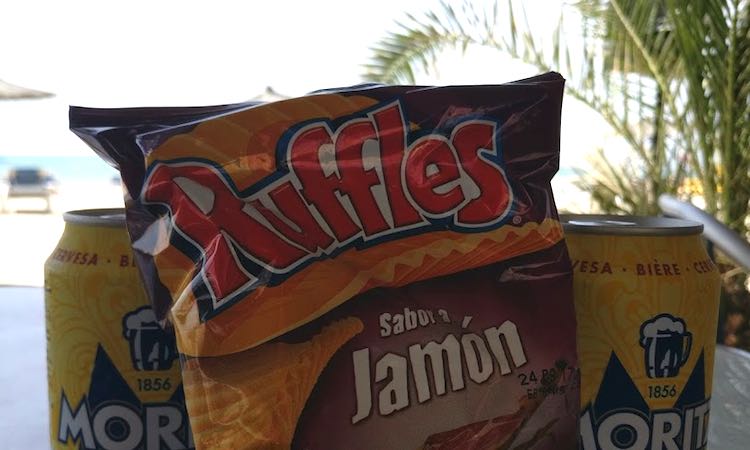 Hello everyone, I am back from holidays and firstly I should say a big thanks to Tom and Andrew for keeping things ticking over so well here and over on Arseblog News. I always enjoy reading Arseblog when I’m not writing it. Hey, what do you mean ‘Me too’?

The second thing I should say is, should I be back from holidays? In principle, yes of course. However, I think there’s evidence to suggest that me being away is a good thing for Arsenal. Let’s have a quick recap of what happened while I was swimming in the sea and eating more Jamon Ruffles than any man has ever eaten before.

Is that enough to set up a crowdfunding page to ‘KEEP ARSEBLOG ON HOLIDAY’? Yes, yes it is. I believe that if I were to spend next season in a warm climate, reading books while in a hammock that I procured from Hammock Hut (it’s on third by the way, in the hammock district), and drinking the occasional beer, Arsenal would win the Premier League, the FA Cup, and the Champions League after we were inserted into the competition in place of Sp*rs who somehow contravened some rules so badly they were kicked out and banned from European competition for a hundred years.

In seriousness though, it’s great that these things have happened, and are happening. The appointment of Lehmann in particular is really interesting to me. There have been those who have accused Arsene Wenger of only hiring ‘yes men’ but it would be fair to say that’s not really the Jens we know. He’s certainly respectful and at a stage of his career where he’s learning, but I don’t think he’ll be backwards about coming forwards if he sees something that needs to be addressed.

His character simply won’t allow it. He won’t tolerate anything other than 100% dedication, and if you talk to any of the players who played with him during his time at the club they’ll tell you the same thing. He just wants to win, all the time. These little anecdotes from our book about the unbeaten season tell you that.

And if you think he was only like that with some of the younger players, you couldn’t be further from the truth. He is a highly intense competitor, even in training, even against the likes of Bergkamp, Vieira, Keown and the rest. So to add that kind of personality on the training ground is definitely a bit of a change and for me a positive one.

Similarly, the news that Per Mertesacker will take over the academy next year is fantastic. There are some players who will kiss the badge and proclaim their love for a club and we know it’s for show. With the BFG you know he understands what it is to be an Arsenal player and you can see what it means to him. Keeping ex-players involved isn’t always easy. Great players very often don’t make great coaches or managers, but you can see so much sense in this appointment and some long-term thinking, which really hasn’t been our forte in recent times.

So, things are moving, things are happening. Like many, I have been guarded because we’ve heard Arsenal talk a lot and not do as much, but fair play. There’s still work to do, but thus far I think we have to give credit where it’s due because words have become actions and actions may well be the start of a new Franco-Germanic era at this football club where in three of four years manager Mertesacker lifts the Premier League trophy as his assistant Jens Lehmann draws his finger across his throat at a terrified Jose Mourinho and we all laugh heartily.

Meanwhile, the chaps are down under, having a great time by the looks of it, and our first game of pre-season takes place this morning with a 10.45am kick off against Sydney FC. Lacazette could make his debut, and fingers crossed it’s a game through which everyone comes through unscathed.

Rumours linking us with a move for Thomas Lemar continue as well, and from what I understand there’s a lot of smoke around this one because there’s a lot of fire. I think he’d be a fantastic addition to the squad, even if it’s one that might hasten a departure or two, so let’s see what happens with that over the coming days.

Anyway, there’s plenty going on to keep us busy here and of course over on Arseblog News where coverage of the tour and any transfer news will continue. Now, for a couple of bits of housekeeping.

1 – The Mailing List: For those of you who receive Arseblog in your box every morning, apologies. There’s a serious issue with the mailing list in that it doesn’t send the emails. Which is, you know, the whole point of it. We – and by we I mean Tom – will try and get this fixed asap so you can wake up to a morning missive as ever. Sorry for the inconvenience. In the meantime, you can still get your daily dose by visiting the site, it’s all optimised for mobile and everyone, or by downloading our apps for iOS or Android.

2 – Podcasts: All going well James and I will have an Arsecast Extra for you tomorrow, and because it’s James’ turn to go to the land of Jamon Ruffles next week, we’ll try and squeeze in a Monday one for you too. So, sit tight, some aural goodness is coming your way.

Right, so that’s it for this morning. I had extra big hugs with Archer this morning who was very happy to come home from kennels.

How have you all been?