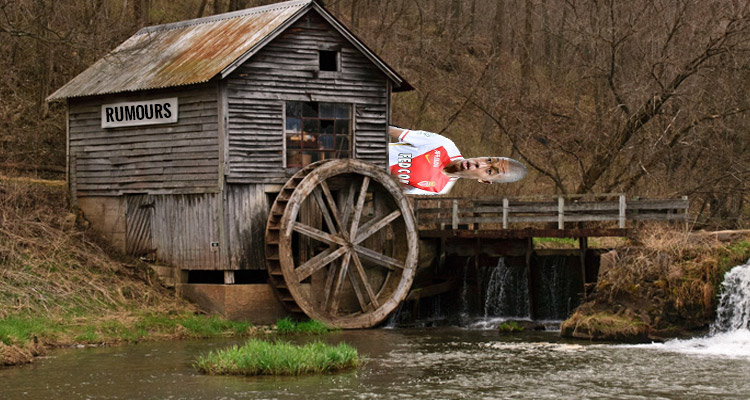 Morning all, by now you’ve no doubt seen the picture of Arsene Wenger and Ivan Gazidis strolling along together in Nice.

They’re clearly up to something, but what? It’s not a little holiday together to put the difficulties of last season behind them, so in classic Internet style we have put two and two together and come up with five, or seven, or maybe even four itself.

The proximity of Nice to Monaco means that fuel is added to the Kylian Mbappe fire. The 18 year old, as we know, is a player coveted by the manager who tried to sign him last summer before he had this breakthrough season which has made him the hottest young property in Europe.

Monaco, however, are rejecting massive bids, including one worth €100m from us and they’ve turned down a bigger one from Real Madrid who are circling and ready to come back in with even more money again. France manager Didier Deschamps says that Mbappe has to go a club that will manage his career properly and one where he’ll play regularly.

On that, Wenger says:

Where do you think he might finish? Somewhere where he has a good chance to play and is sure to play. That is why I think Deschamps made that statement.

He thinks that he needs to play but I would say as well on the other hand that the boy has made enough impression to be basically sure a club who spends a 100 million for you is basically to make at the start at least the red carpet. Nobody will buy a player for a 100 million and say, “Come on, sit in the stands.”

Which is a fair point, well made. Is it realistic to think Arsenal, without Champions League football, can compete with Champions League winners Real Madrid? Financially, no. Nor in terms of reputation or stature. They have their 12 European Cup wins, three of which have come in the last four years, and we have our 1994 Cup Winners Cup and the 1970s Fairs Cup.

Might Mbappe feel like he needs to develop more as a player and a person before going to a club of that size? Possibly, and that is the only slight hope Arsenal have – assuming we can find the money to convince Monaco to sell. It’s a slim, slim, slim chance though, and I wouldn’t be holding my breath, even if some sections of the UK press are saying we’re ready to significantly increase our initial bid.

Meanwhile, there are reports that the visit to Nice might be related to somebody else entirely. The Guardian say that we held discussions with the agent of Jean Michael Seri, the Ivory Coast international. He’s a central midfielder, playing for Nice, and he’s quite small, just 5’5. I don’t know a lot about him really, but he had 7 goals and 9 assists in Ligue Un last season, so I’m assuming he’s not a Kante type.

WhoScored has this info about him:

Surprisingly, a 5’5 player is not good with aerial duels, but perhaps it’s the ‘does not dive into tackles’ thing that is tempting for the manager after a season of Mustafi and Xhaka. Anyway, apparently he has a release clause of around €40m which seems quite steep, but then the price of players over the last couple of years has gone mental so nothing should be a surprise really.

Then there’s the inevitable link with Alexandre Lacazette. The Lyon striker has been rumoured to be on our list for years now. He’s becoming the Salomon Kalou of modern times. For years, there wasn’t a transfer window without a Kalou story, but I suppose the big difference here is that Lacazette does not have a head that is a perfect triangle, and he’s also scored a lot of goals – 36 for Lyon last season alone.

The report that we’ve opened talks with Lyon comes via beIN Sport, who seem to have a relationship with Arsene Wenger that most others don’t, so that gives me some pause for thought. Although, you’d have thought if he was someone we really, really wanted we’d have demonstrated that before now. Perhaps the paucity of other options – Mbappe aside obviously – is part of it, but as ever we’ll wait and see.

So, there’s stuff going on when it comes to players coming in, but what about those going out? On the Arsecast Extra yesterday we reckoned that we could see the departures of Kieran Gibbs, Mathieu Debuchy, Carl Jenkinson, David Ospina, Jack Wilshere, and Lucas Perez from the squad, while Yaya Sanogo has already announced his Arsenal adventure is at an end.

I was reminded on Twitter that we could also lose Joel Campbell, who I’d completely forgotten about, and there are reports that Wojciech Szczesny is heading for Juventus. That’s been denied by his agent who says the player and Wenger are still to sit down and talk about his future, but it would be a shame for me if we were to allow that to happen (bring him home!).

There’s such a lot to sort out this summer, and we haven’t even touched on the big contract renewals we need to get on top of too. Still, the rumour mill says that our first signing of the summer, Bosnian defender Sead Kolasinac, is set to be announced imminently, perhaps even today, so that could start the transfer merry-go-round a-spinning.

Right, that’s that. All the breaking news throughout the day can be found over on Arseblog News, and if you haven’t had a chance to listen to this week’s Arsecast Extra, check it out below for lots of football chat, some terrifying plane/falcon chat, some pudding discussion, pop-tart waffle and loads more.