It’s the end of what has been a busy, busy Arsenal week, and just when you thought things couldn’t get any busier, news emerged from France last night that Arsenal have apparently made a €100m bid for Kylian Mbappé.

The Monaco youngster is a player long coveted by Arsene Wenger who tried to bring him to North London last summer. He went to his house, they had coffee and biscuits (Nice, I assume), but in the end the player decided that he was going to stay in France.

The player would tell you that I was at his home last year to try to get him here. He was at the end of his contract but Monaco managed to keep him and the decision was very, very tight. I could understand it as well because he was educated there and at the end decided to stay there.

The Arsenal manager’s interest is real. He’s sometimes mocked for talking about players he nearly signed, but when you’re in a job for over 21 years at a club like Arsenal chances are most of the top players in Europe and beyond have been on your radar at some point.

The way he talks about MBappé you can see this is someone he would really love to bring to the club, and if there’s truth to this bid then it’s a real statement of intent. From the manager and the club. The 18 year old scored 24 goals last season, and became the first player in Champions League history to score in his first four knockout games.

L’Equipe expanded on their claims later last night, and according to Get French Football News, the idea is to build the team around Mbappé and bolster the squad with a top class signing in midfield, defence and in goal. They also say the budget of €120m is a red herring, presumably designed not to show their full hand in the market.

Now, it’s not difficult to look at this in a slightly cynical way. The old season ticket renewal time war-chest stories have been something of a theme in summers past. And if we’re to believe, for example, that the budget is a red herring, it’s just as likely that the whole thing is a red herring.

As I said in yesterday’s blog, the proof of this summer will be in the pudding. Not the talking about the pudding, how great the pudding is going to be, how much ambition we have to make the pudding compete with the best puddings in Europe, or how we’re going to bring in super, super quality pudding that’s better than the pudding we already have, but the actual pudding itself.

I refuse to get excited by the idea or the concept of pudding, but serve me some goddam pudding and I’ll let you know what I think about it.

As for the idea of us signing Mbappé, it is an exciting one, but a fairly unrealistic one. The only way I think it might happen is if he sees us as some kind of stepping-stone club. We know Real Madrid want him, and he could probably choose any club in Europe right now, but he appears to be a sensible young man, one who is willing to develop at the right pace.

If we can convince him that Arsenal is the next step in that development before he goes to one of the giants then it might just be attractive enough for him. Sell him the idea of a move abroad, playing with some world class players (assuming we can keep ours), in a big stadium, in a big city, under a manager whose reputation for improving young players is still almost second to none etc, and perhaps there’s a chance.

Hey, as Ian Wright said in yesterday’s Arsecast, “If you haven’t got hope, what the f*ck have you got?!” And if anyone thinks that kind of thing should be beneath us, look closely at where we are in comparison to the biggest clubs in Europe and come back to me.

And yes, we did the Hanson thing last year: 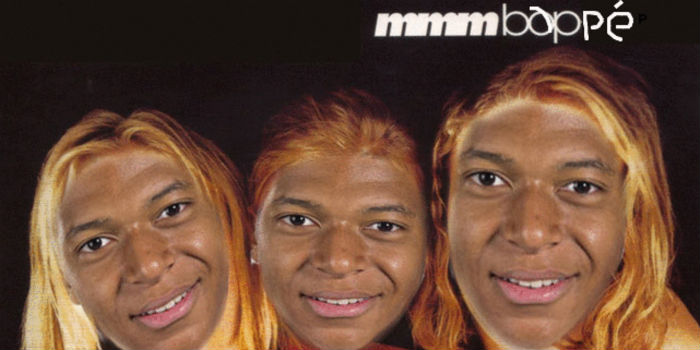 Elsewhere, links to Nigerian striker Henry Onyekuru have been shot down by the BBC’s David Ornstein who told me on the podcast this week:

The Nigerian striker, I’m told, is not a true story. I don’t think that is happening. I don’t know whether that’s emanated from his club or agents around him but as things stand that is not happening.

My guess he’s a red herring to keep people off the Mbappé scent, but that’s all been blown out of the water now. Imagine a pudding made of herring. Bleurgh. Don’t serve us herring pudding Arsenal, even if it might please many of our Scandinavian fans.

Finally for today, Arseblog News turned 6 yesterday so virtual cake to Andrew Allen, Tim from 7amkickoff, Jeorge Bird, Tim Stillman and all our other contributors. We’ve tried to build a resource that covers as much as possible about Arsenal without going down the clickbait rabbit-hole, and I think we’re doing a good job. So thanks as well to all of you for reading and consuming our #content.

? for all of you too with some ?and ?and then some ? and then late night ?before tomorrow’s ? (there doesn’t appear to be a *boilk* emoji, something for Emoji HQ to sort out).

Right, if you haven’t had a chance to listen to yesterday’s Arsecast yet, all you the download/streaming links you need need are below. Lots of Arsene Wenger contract talk from four guests, some good tunes and lots of great info in there about what’s going on and the summer ahead. Hear from Ian Wright, Clive Palmer, Tim Payton and David Ornstein.

Right, that’s that for this morning. Back tomorrow with the first summer Saturday of the off-season. Have a good one folks.