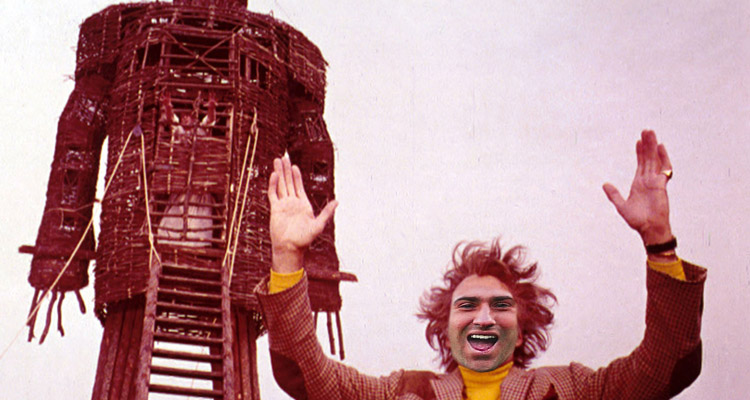 Remember the FA Cup final last month? Remember? It was when we beat Chelsea 2-1 when people said we had no chance and Per Mertesacker was brilliant and Rob Holding told Diego Costa he was a lunatic and Aaron Ramsey scored the winner just a few seconds after they equalised?

Remember? That was brilliant. Chelsea were sad and we were happy and for a time the world felt like a great place and not like a mad, over the top novel that nobody would believe because they’d say it stretches the bounds of credibility?

Anyway, that was great. The whole thing. I remind you of it because I’m setting the scene. Before the game, both sets of fans held up banners. Chelsea’s was something about ‘Evil in blue’ or ‘Death solves all problems’, I can’t quite remember. But the Arsenal one was cool.

It said: “History. Tradition. Class’, and then it had a picture of all the FA Cups we won. That banner is now out of date because we need to stencil one more cup onto it, but I particularly liked the bit about tradition. There’s a running joke in our house about how if someone does something they like, they immediately deem it a tradition so it can happen again – like having Yorkshire puddings with Christmas dinner.

However, we’re talking Arsenal traditions here. Like all the team wearing the same length sleeves on the kit, decided by the captain; in the boardroom before every home game the flowers are dyed the same colour as the opposition of the day; and each match day the club captain sings a verse of John Farnham’s ‘You’re the voice’ at the top of his lungs in the dressing room.

Those all stem from days of yore, but the thing about traditions is you can make new ones. Just do something enough times with enough frequency and it will become one. And in recent times at this great club of ours, we have created a brand new tradition. Something unique to Arsenal. Something that no other club does, or will probably ever do. ‘What is it?’, I hear you say, your interest piqued as if you see a queue going into a building but there are no signs to tell you what the queue is and you’re like ‘Why are all those people queueing? What is it that they know that I don’t?’

At Arsenal, we now have a proud tradition of binning the keeper we play in an FA Cup winning side. In 2014, Lukasz Fabianski played his last game for the club as we came from behind to beat Hull 3-2 in the final at Wembley. In true Fabianski style, he couldn’t resist one more comedy moment as he came steaming out of his goal with just seconds to go, getting nowhere near the ball. Thankfully the Hull player fired his shot just wide and we broke our 9 year trophy drought. Fabianski was then immediately sold to Swansea.

In 2015, Wojciech Szczesny, who had barely played since being caught having a crafty Benson and Hedges in the showers after a dismal individual performance against Southampton, was brought back into the side to face Aston Villa. Arsenal were fantastic on the day, Szczesny had little to do, and Tim Sherwood’s career has never recovered. That summer we bought Petr Cech and sent the big Pole away to Rome where he has spent the last two seasons growing up and improving and being a very good goalie (BRING HIM HOME FOR THE LOVE OF THE SACRED HEART OF THE HOLY MOTHER OF THE CRUCIFIED JESUS!).

Now, after Petr Cech played in the semi-final and almost everyone thought he’d start the final, it looks like David Ospina is going to carry on this fine tradition. He played in the final, and in tribute to Fabianski did a flappy wobble at Diego Costa’s shot that went in but it didn’t matter because AARON RAMSEY and then he made a great save from Costa again and at the end he had hugs with Cech and he looked happy, but now it seems he’s going to sign for Fenerbahce next week.

The fee being mentioned is a mere £3m, and that seems quite low to me. In the current market, given his standing as an international keeper of some repute, and the fact he’s only 28, I think we should be getting a bit more for him than that, and I think we will.

But we also have a tradition to uphold. If it means that we have to take a hit when it comes to the fee, then so be it. This is Arsenal. We do things the Arsenal way, and we don’t pay too much heed to trivial flim-flammery like value for money or boosting our coffers so we can purchase other players to improve our squad.

The Cup Keeper Must Go. At some point this tradition will morph and change. Maybe one day we won’t win the FA Cup final and the man in nets that day will be sacrificed, Wicker Man style, in a giant blaze in the middle of Finsbury Park while all around the fiery effigy semi-naked people dance before feasting on his charred, crispy flesh. But for now, the cup keepers escape with their lives and go to play football somewhere else.

It is what we do. And as a wise man once said: “We have the chance, to turn the pages over. We can write what we want to write, we gotta make ends meet, before we get much older.”

How true that it. So, so long David Ospina even though you haven’t gone yet. Your future was set in stone when Giroud crossed to Ramsey and John Terry’s final game for Chelsea ended in defeat.

It is the Arsenal way.