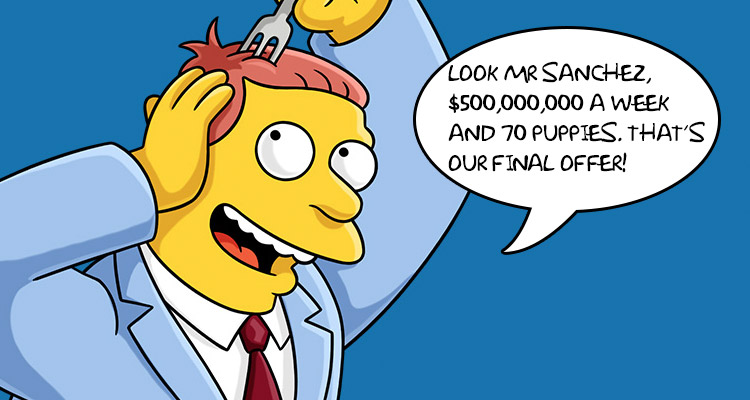 If there’s anything that excites football fans more than a big signing, I don’t know what it is. Sure, there are other things that get people going, such as:

But nothing quite gets the juices going like a signing, and this week it seems Arsenal have made a couple. Yesterday more details emerged about the deal for Port Adelaide’s fitness guru Darren Burgess. It seems there’s going to be some kind of partnership between the two club, as their CEO revealed:

Arsenal have indicated their desire to be part of a new collaborative partnership with Port Adelaide in a range of areas including sports science, professional development and international growth. That brings some amazing opportunities with it and we look forward to putting that arrangement in place as soon as we can.

It sounds nice, but I’m not quite sure what it might entail. It also seems as if Burgess will be back and forth between Arsenal and Australia initially, helping Port Adelaide with preparation for their new season. He is, it seems, someone hand-picked by Arsene Wenger to join the club.

Whereas the other big signing has the hallmarks of Ivan Gazidis all over it. Certainly if you read the article in the Telegraph yesterday reporting the appointment of a former Team Sky legal expert, you get the sense this was a story that came almost unfiltered from the Chief Executive’s office.

Huss Fahmy has been poached from the cycling outfit to handle legal matters in relation to player contracts, and Ivan Gazidis … sorry, Jeremy Wilson writes:

His arrival at Arsenal is a further signal that chief executive Ivan Gazidis is delivering on his promise to bring change this summer in the ongoing search for best practice following the disappointment of finishing only fifth in the Premier League.

If there’s one thing we’ve all been crying out for to address the team’s shortcomings, it’s a law talking guy. In seriousness though, the issue of player contracts is certainly one that is pressing, and it’s hard to not think it’s an area that has required improvement for some time. When you look at the list of players who have been allowed to reach the final 12 months of their current deals, it speaks to either a lack of attention or ability. Neither of which is good enough.

Mesut Ozil, Alexis Sanchez, Jack Wilshere, Alex Oxlade-Chamberlain, Kieran Gibbs, Wojciech Szczesny, Carl Jenkinson, Mathieu Debuchy: some of whom we want to keep, some we certainly do not. So this new lad has got his work cut out for him over the coming months, and if it helps address our inability to sort out these situations in a more timely fashion then that’s no bad thing.

We need this former Team Sky man to provide us with an injection of know-how and Engagement, Promptness and Organisation. He could well be the perfect man for that, and if we’ve been critical of structures behind the scenes not being taken care of, we have to give some credit when they are.

Again though, we’ll have to see what kind of difference he makes, because a legal expert will have little to no impact on the club’s ability to keep the likes of Ozil and Sanchez. It’s not the small print of their potential contracts that’s an issue, it’s the big picture from a sporting point of view. Ambition, the ability of the team to be competitive in the Premier League, who we recruit to make us better, who we let go to rid ourselves of some of our inherent frailties and, of course, lots and lots of money.

As yet, we don’t have a clear view of those things. I would stress again that it is still very early in the summer, and there’s plenty of time, however there is also such a lot to do between those contract issues, finding the new players, and re-homing some of our strays and waifs.

Speaking of which, those of us hoping for a Wojciech Szczesny stay will be disappointed as it seems his move to Juventus is basically done. This from an email last night from Paul:

Hope you’re well. I’m on the bus home from the Gazzetta Live event at Uniom Chapel. James Horncastle says Szczesny to Juventus is a done deal. Other clubs who are interested are told not to bother. It’s just that Juve are low balling Arsenal.

I’m sure you’ve heard this but thought it may be of use.

Low-balling Juventus bashi-bazooks. Mr Horncastle is not a man for spurious nonsense, we’ve heard the comments from Buffon, and it now seems inevitable that Szczesny will be on his way this summer. That means the best we can hope for is that we negotiate a fee that is commensurate with his talent and spend some, or all of it, on a goalkeeper, because if Ospina goes and we’re actually planning on making Emi Martinez Petr Cech’s deputy, I think that’s a big big gamble.

Not a lot else to tell you other than Japanse striker Takuma Asano will spend another season on loan with Stuttgart after helping them to promotion to the Bundesliga. He still hasn’t qualified for a work permit anyway, so this is another chance for him to develop. I wouldn’t put a huge amount of money on him returning to Arsenal ready for first team football here, but good luck to him all the same.

Finally, if you haven’t had a chance to listen to the Arsecast Extra yet, we deal with all the big Arsenal issues of the day, plus we discuss the terror of moths, reveal the top three catchiest theme tunes of all time, give some podcast recommendations and lots more. Listen, download, subscribe below. Until tomorrow, have a good one.

Another executive departure as Arsenal go back to the future