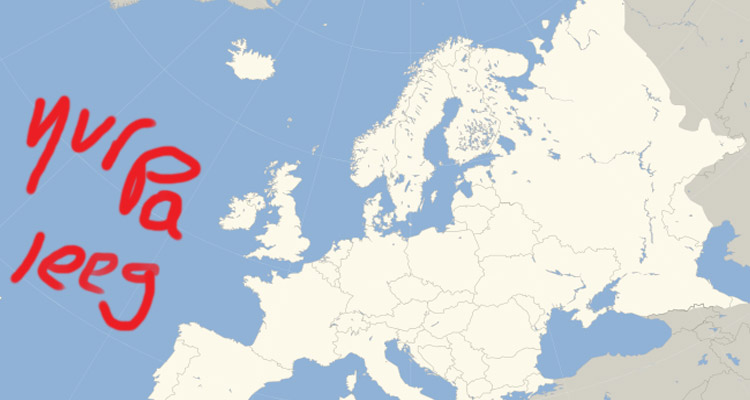 Morning all, a very good weekend sadly didn’t become a great one as West Ham failed to take any points from Liverpool yesterday.

So, where does that leave us? Is the top four still unpossible? Well, this is the table right now.

The relevant fixtures remaining are:

Let’s assume that the only scenarios were interested in are ones in which Arsenal win their final two games, giving us a points total of 75.

We can finish in the top four if Liverpool fail to beat Boro, leaving them with 74 points. No pressure Calum Chambers, but we’re all counting on you. Man City can afford to lose a game and still end up with 75 points, at which point goal difference would come into play.

Theirs is currently superior by 5, but losing a game would dent that and without taking anything for granted we could score a few against Sunderland who we beat 4-1 earlier in the season. City could also draw both games, ending up with 74 points.

It feels like the most realistic chance we have is Liverpool dropping points to Boro, but I wouldn’t hold out much hope of that happening. Not unless we infiltrate the caterers again, providing a bowel-loosening lasagne, a botulism burrito, a salmonella salad, dysentery deviled eggs, vomit vol-au-vents, and so on and so forth and such like. If you’re an Arsenal fan working in food preparation in the Merseyside area next weekend, please don’t wash your hands and sneeze at will.

But look, the reason it’s out of our hands is obvious. This has been a good week, and the last few weeks have shown some improvement, but a series of dreadful results and performances throughout January, February, March and April are the reason we are where we are.

There’s no point in blaming anyone else, and all we can do is try and win our games and hope for one of City and Liverpool to make a bollix of it at their end. Otherwise we’re going to be playing our European football in strange places next season, on strange nights, and that’s that.

While many will rightly view it as a step-down, and as much as I want us to finish in the top four, I don’t think we can be snobby about the Europa League. Let’s face it, the prospect of another season of Champions League football isn’t that exciting. The group stages are generally pretty dull, and our inability to get beyond the Round of 16 means this is a tournament that has provided little to us as fans for years.

Maybe it says something about the Arsenal experience as much as anything else. Liverpool fans will be rightly delighted if they finish in the top four, it’s not a trophy of course, but I suppose it’s funny how we’ve been lampooned for talking about the importance of it for years and now that others are in the mix it’s less of a stick to beat them with.

I realise that on the off chance we do secure a Champions League place there’s the possibility of doing better, perhaps under a new manager, but the reality of the Arsenal situation means that’s probably unlikely. I go back to the post I wrote a couple of months back about steak and chips. Sometimes you need something different, and if the Europa League is a bag of chips and a battered sausage, so be it. Who knows, it might be fun?

Anyway, there’s still some football to play this season, let’s see how it all ends up and then we can take stock of where we are and what we have to look forward to. We do have to prepare for a game against Sunderland tomorrow, and after three great results from three difficult games, the danger is we take this one less seriously against a team with nothing to play for and thus nothing to lose.

I suspect it’s one for which the manager might rotate his squad a little, it’s been a big effort over the last seven days and there are bound to be some tired legs, some aches and strains to take into account, not forgetting the small  matter of the FA Cup final at the end of the month too. At this point even a minor problem will be enough to rule a player out of the Wembley game, so that’s something that we have to bear in mind.

The manager will meet the press this morning ahead of Sunderland, and we’ll get injury updates on Alexis – who came off against Stoke. In the enjoyment of that win, I don’t think there’s been enough made of the fact he actually wanted to come off. This is a man who will push himself through the pain barrier because he loves to play so much, so for him to signal to the bench that his goose was cooked is a bit of a worry.

Let’s hope it’s not too bad, but we’ll find out later on. James and I will be here later on with an Arsecast Extra for you. As ever if you have questions or topics for discussion, send to us both on Twitter please @gunnerblog and @arseblog with the hashtag #arsecastextra.

That’ll be available for you before lunch. Until then.