Well, that was fun. With a capital F. And also a capital UN. FUN, FUN, FUN.

It’s fair to say we were long overdue a win away at Stoke, so to finally chalk one up by giving them an absolute pasting was most enjoyable indeed. Arsene Wenger made a couple of changes to the team, and pre-game there was some trepidation about them.

Olivier Giroud came in for Danny Welbeck, while Francis Coquelin replaced Aaron Ramsey in midfield. The manager said three games in a week and the ‘medical history’ of some players was the reason behind the changes. Ramsey’s hamstrings, perhaps, a playing a part, but it’s a no-win situation for him in some ways. Rest players and he’s accused of not taking things as seriously as he should; lose a player to injury and he gets grief for overplaying them.

Perhaps the most effective change was the return of Laurent Koscielny which meant Nacho Monreal moved back to left wing-back. The Spaniard was really dangerous in the first half, getting forward well and taking advantage of the fact that Xherdan Shaqiri – basically a really skilful Oswald Cobblepot – wasn’t that interested in doing his defensive duties. He was found by Ozil in the box and couldn’t control, then later planted a header off the post.

Arsenal had more of the ball, Stoke didn’t threaten a great deal, and as the first half entered its final few minutes we deservedly went ahead. Coquelin fed Bellerin with a lovely ball in behind, he took it on, squared it for Giroud who had the simple job of tapping it into the net from a couple of yards out. Ryan Shawcross, who had been grappling with the Frenchman in the build up, looked sad.

The second half was more of the same. We looked good at the back, the Holding – Mustafi – Koscielny trio looked very comfortable, and the second goal was a thing of genuine beauty. We’d put together a long string of passes before getting a throw in. From there it went wide, Ozil played it to Alexis in midfield and being the lazy bastard he is took off running into the box. Sanchez waited, and waited, then clipped a perfectly weighted pass into the path of the German whose first touch was sublime and whose second saw him clip the ball into the far side of the net.

Suggestions, made in fits of mid-slump pique, that we might somehow be better off without either or both of these players, were shown up as utterly daft. It was more evidence, if it were actually needed by anyone, that we have to do as much as we can to keep them. Ryan Shawcross looked sadder.

Mark Hughes, having realised that playing football against Arsenal wasn’t working, decided to change it up, brought on Peter Crouch and went back to Stoke basics. Lumping the ball into a big man and getting it in the mixer. Still, it was a rank piece of cheating that got them back into it. Arnautovic got a cross in a bit too easily, but Crouch – a man who if he wore a trenchcoat would not be allowed into the cinema to see an over 18s film because he’d look like three small boys standing on each other’s shoulders – whacked it in with his hand.

Of course Mike Dean didn’t see it. To be completely fair in real time it wasn’t that obvious, but let’s not give a terrible referee any leeway here. Crouch didn’t even have the good grace to mute his celebration, running off wildly like a man who had scored a good goal, and the pressure was on.

More crosses, a series of corners, players blocking off the keeper, but Cech stood up well and help us get through that difficult period. Alexis signalled to the bench that he needed to come off having suffered a thigh problem. He was routinely ignored so he carried on. Holding won the ball well on halfway, he gave it to Bellerin who cut it inside for the Chilean. He drove into the box and his low shot deflected in off Shawcross and then in off the post.

Shawcross looked like he wanted to phone his mummy to come and pick him such was his sadness, and at that point we decided that we could take Alexis off and put on Aaron Ramsey instead. At a ground where they still sing at him for being injured by their now bereft captain, the Welshman almost immediately got on the scoresheet himself, forcing Butland into a good save.

He did get in on the action for the fourth though, showing good strength to keep the ball in the area, before squaring it for Giroud who did that lovely thing of sliding in and slamming the ball high into the net. I love me a goal like that. 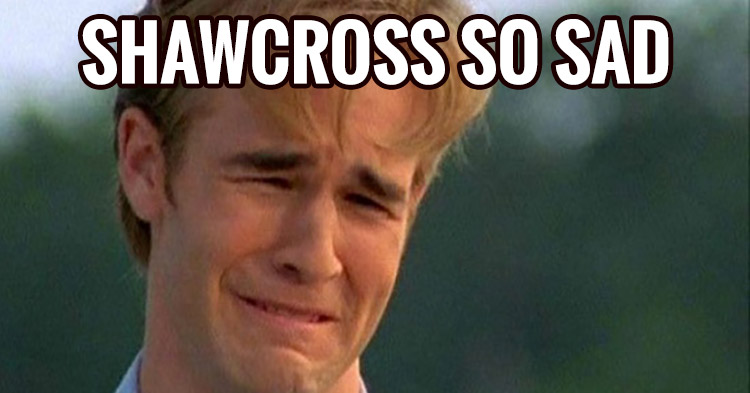 By this stage, the Ray Winstone Arena was half empty, there’s a joke there about seats/teeth and your average Stoke fan, and the game was done and dusted. Arsenal were worthy winners, and to have beaten Stoke and Southampton away after Man United at home makes for a very pleasant week.

It puts some pressure on Liverpool ahead of their game against West Ham today, and if they drop points Champions League qualification is back in our hands. Afterwards, Arsene Wenger said:

I’m pleased with the result of course, but I think we were a team who were dominant, had a good structure in the game, who were patient, intelligent and stuck together in a moment where Stoke tried to make it rough for us. There was a patch in the second half where we had to stick together on a few corners. We had to find some resources and keep our nerves to continue with the desire to play. We did that well.

You really can’t argue with that, or the week we’ve had. Of course there’s the point of view that says if this team is capable of doing what we did this week, it makes the underachievement of the last couple of months even more acute, and I get that completely.

However, we’ve been through too much this season not to enjoy yesterday, the way it happened, how their crowd got all excited and noisy when they got their cheaty goal, then basically all buggered off home when we reacted and scored a couple more.  Strangely they weren’t in the mood to sing songs about Ramsey’s leg, rugby, or their rather fitting anthem about a man killing his girlfriend.

We played really well, and without wanting to heap too much of the spotlight on him, what a joy it was to watch Rob Holding flourish.  Stoke away is not a game for shrinking violets, and while he might have done a little better to stop the cross for their goal, he was impeccable otherwise.

His performance for me was capped by the moment he took out Arnautovic, the Lidl Ibrahimovic, down the left hand side. You’ll remember he’s the bloke who pretty much destroyed the Arsenal career of Mathieu Debuchy, pushing him while was off his feet and badly injuring him at the Emirates a couple of seasons ago, so it was very much a case of what goes around comes around.

There’s a lot to love about this clip. Holding ensuring that the Stoke player wasn’t going past him again, the look on Danny Welbeck’s face, and the fact that apparently Arnautovic is standing on the sideline afterwards shouting “I’ll **** your mother” at Holding. Sorry, but hahahahaha. I’m also told that on the US coverage, David Pleat was howling for a red card, hahahahaha again.

So, a fun day at last in Stoke. It was about time we did that to them there, and while there’s still the bigger picture to consider, I’m choosing to just enjoy this for what it is. A team who have been a thorn in our side for a long time got what was coming to them, and if you can’t find something to like about that, then I’ll like it twice.

Right, that’s it. James and I will be here tomorrow for an Arsecast Extra to look back on this and ahead to the Sunderland game. In the meantime, have a great Sunday.

May all your Shawcrosses be miserable.