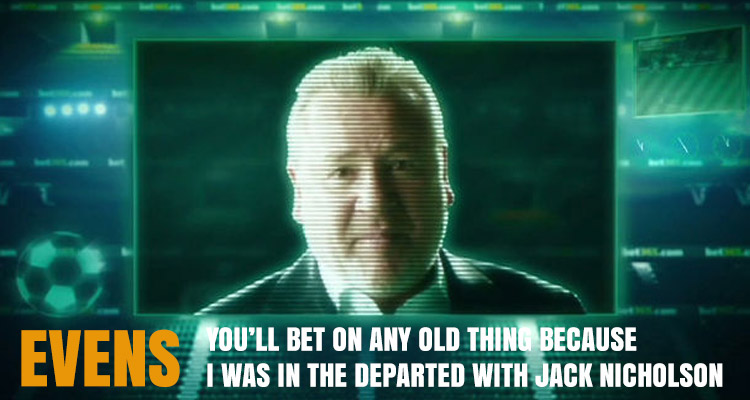 Morning all, a quick bank holiday Saturday round-up for you.

Arsene Wenger met the press ahead of tomorrow’s North London derby, and was asked if that lot finishing above us this season would be an indication that the ‘balance of power’ has shifted in North London. His response was pretty withering:

Let’s be honest. I’ve answered that question about a shift in power over 18 consecutive years. Nothing changes in that. You can not say the weight of one year has the weight of 20.

I was impressed by how quickly it went from 18 to 20, and of course the last time Sp*rs finished ahead of Arsenal was 1995. For some interesting stuff on what happened that year, you can check out this post. It was the year, for example, the final ever Calvin and Hobbes cartoon was published, man I loved that so much: 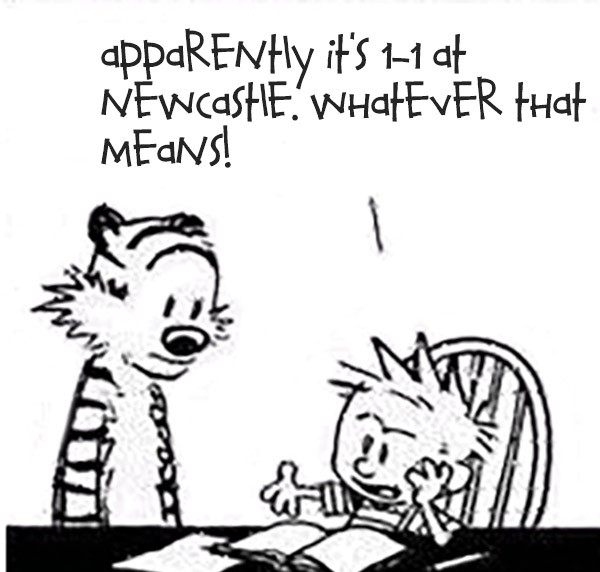 If it’s a case we finish behind them season after season, somehow contriving to blow the opportunity to change that with implosions towards the end of each campaign, then you can start talking about ‘power shifts’, but one swallow does not make a summer and one season where they get more points than us is simply that.

The manager was then asked if he might feel sentimental about playing at White Hart Lane in its current state for the final time. He said he wasn’t. He might look back one day and remember the time he won the league there on the way to an unbeaten season, but for now his focus is on Sunday and getting the result we need.

There was also another brilliant press conference bit when some fella tried to stir-up the Alexis Sanchez incident from Wednesday night’s 1-0 win over Leicester. I love when Wenger pretends he doesn’t know what the person is asking him. The reporters efforts to have him stick the knife into his own player were thus rendered useless.

Asked about Joey Barton’s 18 month ban from football for betting, the Arsenal manager hit out at how prevalent betting is in football and society in general:

It is a little bit I must say the general problem in our society. You you have everywhere, on every advert, bet … bet on Sky … bet on here and there, so you have not to be surprised when people get addicted to betting.

There must be a generation of people for whom football and betting go hand in hand. You genuinely can’t escape it. Ads pre-game, during games, and perhaps the sneakiest of all is that little ad they have just before kick-off when it’s almost impossible to avoid. You know the one, it comes after ‘AND IT’S LIIIIIIIVE’, lasts about 20 seconds, and then the game kicks off.

That one is almost always for a betting company of some kind. It’s pretty insidious when you think about it, and ease with which you can bet now is ridiculous. The app on your phone means you’re just a couple of clicks/swipes away from spending money and while some people do well, the house always wins.

The rotating head of Ray Winstone give you special offers at half-time, next goalscorer etc, but don’t worry it comes with a small disclaimer.

‘Please gamble responsibly’, is up there with the ‘Please drink responsibly’ nonsense at the end of ads for alcohol, designed purely to make it look as if they care how responsibly people drink or gamble. But the reality is these massive companies – very often located in tax-havens or countries where they can operate with fewer impositions on their revenue – don’t want you to do that at all.

That’s why they have an ‘Everyman’ Hollywood star to add street-cred or gravitas to their advertising. They want people to gamble irresponsibly because they make more money. And while the majority of people can enjoy a harmless flutter, a couple of quid here and there, they’re not the ones they’re targetting. People get addicted, and when people get addicted to something, they’ll do things to feed that addiction they shouldn’t.

It’s like booze, and it’s like drugs, and for me the worlds of gambling and football have become far too intertwined.

Full disclosure: We have had betting ads here before, special offers etc, and in 15 years of running this site it’s the only thing over which I have real regret. The realities of having to pay the bills and pay the people who write for the site etc can have an impact on the decision making, but it’s not something I’ve done for some time, and it’s not something I’ll do again.

But I’m just one guy running one website and dependent on income from advertising/sponsorship etc. What about Arsenal? A club that turns over hundreds of millions, that receives massive amount of TV income, huge sponsorship arrangements with Emirates/Puma and others, that generates big income from ticket sales and match days and corporate cash.

We have five betting partners/deals. FIVE. Thanks to Alan Alger who pointed out yesterday that the club have arrangements with Betfair (Paddy Power dressed up after the two companies merged last year – the same PP who were responsible for this bag of shit at Wembley last week); SportPesa, 21Bet, Coral/BD Sports, and TempoBet.

If that doesn’t sum up just how ubiquitous these kinds of arrangements are then nothing does. If the club has a social responsibility, as many believe it should, is promoting gambling something that fits with that? For the few hundred grand a year it generates, should the official Twitter account be used to entice people to gamble? You’d be very hard pressed to make a good case for it, even with your ‘football clubs are businesses now’ hat on.

Arsene Wenger’s belief that gambling should be outlawed completely is certainly at odds with the club’s approach to it, and while I’m someone who will bet a couple of quid here or there and wouldn’t support a ban for various reasons, football needs to look very closely at how enmeshed it has become with the gambling industry, because it really isn’t healthy.

Finally for today, Robert Pires believes that we will sign Kylian Mbappe. When Robert Pires looks out the window on a rainy day, he doesn’t see the wet, he sees hidden sunshine.

Still time to have a listen to this week’s Arsecast, looking at the North London derby from both sides of the fence, and there’s a chance to win Mesut Ozil’s book. Check it out below, a full preview of the game etc tomorrow.