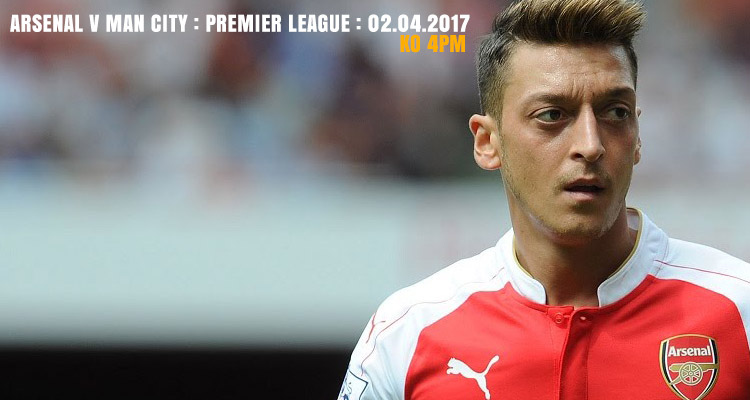 You don’t really need to look at the league table to know how important today’s game is, but looking at it certainly reinforces things, so let’s do that.

It makes for stark viewing. 19 points behind the leaders who, surprisingly, didn’t extend that lead yesterday when they lost 2-1 at home to Crystal Palace. 12 points behind Sp*rs, and even with two games in hand that is a hell of a gap.

We’re 7 points off the Champions League places, and that could become 10 if today goes badly. Of course, it’s in our hands to narrow gap that with a win, and this team has to find something within them that has been missing for some weeks now to do that.

The most worrying thing about the defeat to West Brom was how it appeared, to me at least, like some players were going through the motions. If there’s any repeat of that today, we will be punished by a team who have the personnel to take advantage of that.

It’s hard to speculate on what kind of line-up we’ll see. David Ospina will play in goal due to the injury to Petr Cech, while Lucas Perez is not an option due to a thigh problem. I’ve also heard whispers about an injury to Aaron Ramsey so let’s wait and see if he’s involved later on.

I guess the biggest decision the manager faces is whether or not to bring back Mesut Ozil. The German last started a game for us on February 11th, the 2-0 win over Hull, and he’s been absent through injury and illness, restricted to a single Champions League start and one FA Cup appearance from the bench.

Under normal circumstances you’d say our chances of beating Manchester City would be better with him in the team, but clearly he’s going through a very difficult period in his Arsenal career. Is it too much of a risk to start him, or could this be just the game to help spark him back into life? In some ways the way that City play might suit him, this is likely to be a relatively open game, but it’s something Arsene Wenger has to ponder.

It also says a lot about the state of play that there’s such indecision over our record signing and a player of such quality. People will point fingers at Ozil, and he is responsible for his own performances, but when was the last time we saw an Arsenal team play well? Swansea away back in January? One of the late stage Champions League games? It’s been too long, and as I’ve said before I think the focus should be on that far more than individuals.

Up front we should see Alexis as striker, I hope so anyway, and given that it’s almost certain Arsene Wenger will pick Theo Walcott on the right, I’d like to see Danny Welbeck on the left. If City do have a weakness it’s at the back, and that combination of pace and power has qualities which could trouble them.

We have our own issues there too, something Wenger spoke about in the build-up. Asked by Sky’s Geoff Shreeves what had gone wrong lately, he said:

It’s certainly a big part of it, conceding 13 goals in our last five games, but let’s not ignore there are attacking problems too. We’ve only scored 4 times in those games and that’s a significant worry as well. We’re a long way from functional, from back to front, and while some would like to see us go a bit more safety first and perhaps grind out some results, it sounds as if the manager is going to revert to his most attack-minded philosophy:

The same players have won games and the same players have lost games. I have tried many changes in the last five or six games and it does not always come off. I have to come back to the strength of the team as much as I can. That is basically our attacking potential and we also have to focus on our togetherness and our desire to prepare our future.

It’s not really easy to figure out what exactly he means there, but I think today is going to be a hugely important day for this football club. If we see a performance similar to that of West Brom, it’s curtains. You could jettison in the entire Invincibles squad and it wouldn’t make the blindest bit of difference, because at home in a big game in front of our own fans to play like that would be a shocking indictment of this team and the manager.

On the other hand, and this is the hand that I prefer because crazily I want us to play well and win, a good result and performance might just show us there’s a bit of life left in them yet. There are still 33 points to play for, professional pride, pride in the shirt and the badge and all that. At the very least we have to see them give 100% for the 90 minutes, as cliched as that sounds.

Whether it will be enough to take the maximum from the game remains to be seen. I have my doubts, but I’d be more than happy to scoff some humble pie if we went out there today and played like the Arsenal.

It’s just so hard to know what you’re going get from this lot. I can’t even make a prediction. Our form is such that you think we have to turn it around at some point, so today would be a great time to do that. Anything else we can discuss in the aftermath, the arsepocalypse, the arsemageddon.

We’ll have a live blog as ever, providing you up to the second text commentary, and you can chat with other fans while that’s going on too. Check back later for a post with all the info, or bookmark our live blog page and updates will begin about an hour from kick-off with team news.

There’s still to check out this week’s Arsecast if you fancy – chatting to Perry Groves and Tim Stillman – and I’ll catch you later on for the game.