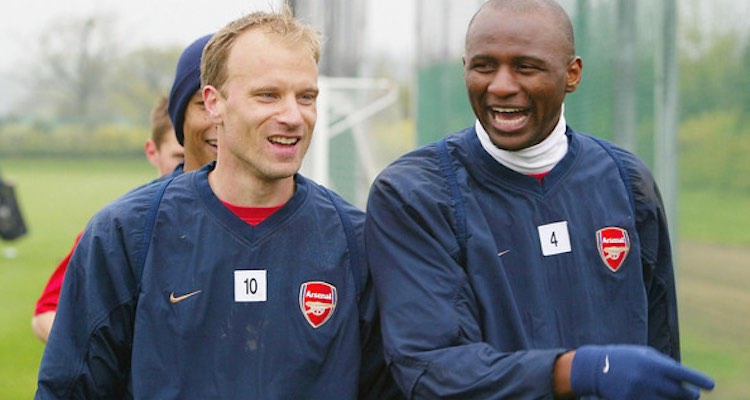 Good morning, a very quick Saturday round-up for you. We don’t play until tomorrow, of course, by which point we could be 9 points behind Liverpool with 3 games in hand, or even down into 7th behind Everton, depending on what happens in today’s Merseyside derby.

Even a draw would put the blues ahead of us, and that would only add to the pressure we face when we take on City at 4pm tomorrow. Discussion of that game can wait until tomorrow’s preview, but what Perry Groves said on the Arsecast yesterday certainly had people talking.

On the day the AST released the results of a survey of their members which said that almost 80% of them weren’t in favour of a new contract for Arsene Wenger, we got an extra theory as to why nothing has been announced yet.

By the way, there’s an important distinction for some journalists and headline writers to remember when they cover stories like this: they should say almost 80% of AST members, not 80% of Arsenal fans as many of them did yesterday. There is a difference.

It just makes me wonder if there’s another announcement they’re going to make in conjunction with him saying that he’s going to say.

Whether it’s a change in the coaching staff, whether they say they’re going to release a lot of funds for him to spend next year, because they know it’s going to be a split amongst Arsenal fans.

When I pressed him a little further on it, he said:

I wouldn’t want to put a name to it, but if it’s a 6’4 dominant central midfield player who used to play for us and lead us by example. Who has been coaching over in American and has decided he wants to come back … that sort of person.

Not mentioning any names though!

Now, as with anything surrounding this, or any other, football club, there are always rumours and whispers about things that might happen. However, it was instructive to me that after posting the podcast and the story, I received a number of messages/emails from people who have heard something very similar to this.

It’s obvious that he was talking about Patrick Vieira here, and there has also been talk about other members of the Invincibles becoming involved. Robert Pires is around the place every day, and has spoken about his desire to move into an official administrative role, while the name of Dennis Bergkamp has been part of these rumours more than once.

Now, I can understand why people would view this in a cynical manner. Take the heat out of Arsene Wenger staying for two more years by adding ex-players that people love, and addressing one of the key complaints many have about the way things are run. That the coaching staff could be refreshed, that some future proofing is done to help us transition into a post-Wenger world and all that.

I can’t say exactly how accurate these stories are, but I’m definitely not the only one to have heard them and if you read regularly you’ll know we very rarely deal in rumour and speculation on this blog. But it would be classic Arsenal if something like this happened.

If you stop and really think about it, if Wenger’s mind was made up to go I think he’d have said so. It seems clear to me that he wants to stay, but both he and the club realise there’s a need to a) divulge this at the right time and b) do more than just announce a new contract and expect people to be on board with it. If that announcement was made in tandem with others that at least show some awareness of how things can’t stay the same then it might soften the blow, so to speak.

Anyway, we’ll see what happens. I still think results will dictate a lot between now and the end of the season, and I also think the lack of clarity remains an issue despite what the manager says about his players having to be ‘men’ and dealing with it by performing on the pitch. Let’s see.

Finally for today, some big news from the club as they launch their own post-game fan TV channel from the start of next season.

If you haven’t had a chance to listen to the podcast yet, check it out below, have a great Saturday and we’re back tomorrow to preview the Man City game and all the rest.

Arsenal’s shortlist whittled down to two former players (by me!)