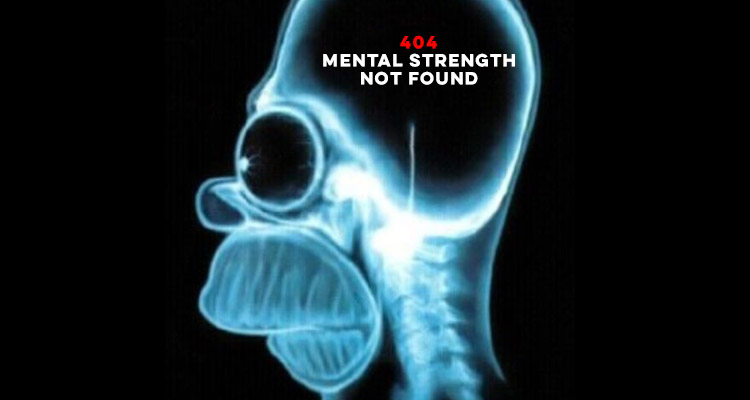 One of the questions asked of myself and James for yesterday’s Arsecast Extra was ‘What sort of value do you think Arsenal’s new sports psychologist is providing?’

Late last year it was revealed that Arsenal had taken on board Ceri Evans, a former New Zealand rugby international, and a man who had been credited in playing a key role in their two recent World Cup wins in 2011 and 2015. You can read a bit more about him and what he did in a column on the site here.

Arsene Wenger, in typical style, wasn’t keen to expand too much on what he was tasked with doing, and played down his role, telling a press conference back in December:

It’s down to the quality of the players. It’s as simple as that. It’s nothing to do with psychology, it’s down to how well the players play on the football pitch.

We have not to go overboard with that, it’s nothing to do with that.

Now as James pointed out separately, Arsene is a manager who talks about mentality all the time. Lack of it when we don’t perform, mental strength when we do, so it’s likely the players are conscious of this to an extent. Whether it is something that’s in the back of their minds, or more taxing, it’s impossible to say, but it seems clear to me that there is a psychological issue, or barrier, that manifests itself time and time again.

A week ago, nobody was saying these players weren’t good enough. A week ago, having come through a January transfer window without so much as a whisper about buying new players, people thought we had a strong, deep squad. And when you consider that it doesn’t take very much for demands for the chequebook to become widespread, a complete lack of them indicated that most people thought/hoped this particular group was good enough – in football terms at least – to compete properly.

Here’s a thing, this is the starting XI for our 3-0 win over Chelsea in September:

And this is our starting XI for Saturday’s dismal 3-1 defeat at Stamford Bridge:

There’s only one change to that side, and as fantastic as Santi Cazorla is, his impact it not so great as to explain the vast chasm of difference between the two performances. Ok, we lost Hector Bellerin to Marcos Alonso’s shocking and still massively under-reported challenge, and I do believe that had some impact, but it was essentially the same team.

One day they looked like world beaters, slicing Chelsea open, making Diego Costa furious and the rest of us happy. Fast forward a couple of months and you would hardly recognise them as the same team. Experienced players played like skittish novices. Terrified, crippled by the pressure of having to get something from a game to keep them in the title race.

Without wanting to pick on him, Theo Walcott attempted two passes in the second half and misplaced them both. He was on the pitch for 25 minutes in that period before being replaced. The same thing that afflicted him in that second half can surely also be applied to the bench and the decision making? It’s not as we haven’t seen it before, where a game completely passes him by, so why the delay in changing it?

Uncertainty? The vain hope that he might suddenly spring into life and get us a goal (I know it’s something he is capable of, but rarely in these circumstances)? I also realise that having lost Bellerin our substitutions were limited, but we only had Welbeck and Giroud to put on from an attacking point of view anyway. Chelsea went 2-0 up in the 53rd minute, we didn’t change a thing for another 12 minutes (Giroud for Coquelin) and Walcott eventually gave way for Welbeck in 70th minute.

It’s not just the players who are found wanting on the day, although they have to look at themselves. To be fair to the manager, there was a pre-game tactical shift, but playing the 4-3-3 seemed much more about coping with our own deficiencies in midfield than as some way to try and stop Chelsea.

Think back to a glorious Sunday in early October 2015. Arsenal do to Manchester United what Arsenal did to Chelsea this season. We blitzed them, hit them with pace and quality and left them dizzy with how good we were in the first half that day. ‘This is the blueprint’, we said. ‘This is how we should play.’

Now think of that trip to Old Trafford at the end of February, and think how that Arsenal team looked so markedly different from the one that won so decisively at home. Again Cazorla was missing from the away trip, but if we think Santi is the glue that holds this team’s mentality together I think we’re looking in the wrong place. We were worse that day than we were at Stamford Bridge on Saturday, but the circumstances were almost identical.

We had to not lose, first and foremost, and to realistically keep a serious title challenge alive, we had to win. That pressure was evident in the performance, a group of players who had been good enough to batter each of these opponents at home just months previously, now looked bereft of all the qualities that had made those wins possible.

You can probably make the argument that the real definition of a top player is one who can perform under pressure, and can do so reliably and consistently. This seems to go beyond individuals though, because it’s a collective bed-wetting, that affects both the players on the pitch and seemingly the manager off it.

And those are just a couple of examples of many down the years that have afflicted us and dented our chances of challenging for, and winning, the Premier League. On that basis, you’d have to say Ceri Evans is a man who has really got his work cut out for him, if he hasn’t already run off screaming.

For some extra reading on the Hector Bellerin incident, this is good view of it all. I’m still flabbergasted at the media reaction to it in particular. It’s something James and I discuss at length in the Arsecast Extra, along with all the other Chelsea fallout, so you can listen below if you haven’t already. It’s somewhat cathartic, I promise.