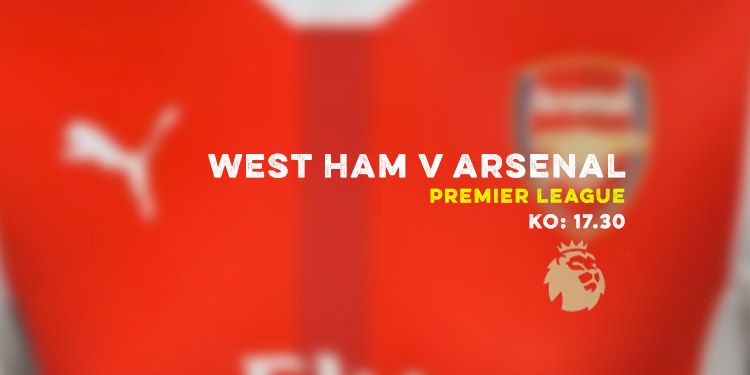 A late evening kick off against West Ham gives us the chance to put Wednesday night’s defeat well and truly behind us. If the manager was right to rest the big names, and I think he was, then they also have to show that the decision is one that will benefit the team today.

We’re likely to be without Olivier Giroud, a ‘doubt’ according to the manager yesterday, while Mathieu Debuchy and Hector Bellerin remain sidelined at right-back. It looks as if it’s going to be Gabriel who gets the nod there, with Wenger saying he is in the right frame of mind despite grieving for his friends who died this week.

Carl Jenkinson is being taken out of the firing line after a loss of confidence so grave that the boss feels it would be more damaging to play him. He says:

Interestingly, he says the modern media landscape makes things more challenging for players in this situation:

Today it is even more difficult because he gets quickly hammered by everybody on social media. I hope he doesn’t read all that and focuses on his game.

Something to think about, I suppose. On the one hand, there’s legitimate discussion of his performances, which is absolutely people’s right. On the other though, there are the dickheads who level abuse at players directly, which is the preserve of morons who ought to be fed feet-first to angry and very hungry pigs.

Anyway, Jenkinson’s absence is not a surprise, he does look a player shorn of self-belief right now, and I think it has more to do with a player finding it hard to come back from a significant and lengthy injury than what anyone is saying on Twitter. Let’s hope Gabriel can do the job there.

There’s obviously a decision to be made in midfield too. The news that Santi Cazorla’s injury will keep him out for three months means that we have to find a way to make that area of the pitch tick properly. On his options, Wenger said:

You think about it in a global way and when you integrate more than two players, with Ozil you have to balance that. Sometimes I play Iwobi or Chamberlain so the combination has to be in the four or five.

I consider Walcott and Alexis to be strikers, in their mind and the way they play. So around them you have to build a team that is balanced.

If I had to guess, it’d be Coquelin and Xhaka. The Frenchman to provide some bite in there away from home, and Xhaka to add that level of creativity you need from a deeper-lying player. It’s a combination that has worked this season away at Watford, but with Elneny and Ramsey in consideration too, it’s difficult to be 100% sure of what way he’s going to go.

I’d like to see Alex Iwobi back in the side on the left, he was our best player against Southampton in midweek, and that effort and industry could be very useful against a West Ham side who are not quite as secure as they’d like to be at left-back.

I think it will be Walcott on the right, and with Alexis and Mesut Ozil back in, there’s plenty of pace, craft and guile up front, so hopefully we can get the three points under our belt today. It’s a first trip to their new stadium, Wenger was interesting on how it can take teams a while to get used to new surroundings, so maybe that’s something we can take advantage of too.

In other news, we got more of a low down on Santi Cazorla’s injury, and how they tried to avoid surgery if at all possible:

He has an inflammation at the back of his foot that nobody really knows where it is coming from. He has been treated against this inflammation but the anti-inflammatory injections have not got rid of this problem.

The surgeon, the specialist we consulted, decided to have an exploratory surgery. That means open [it up] and sees what’s going on in there.

I know some have suggested we should have put him under the knife earlier, but let’s remember a) that it was a kick during a game which caused the problem to really flare up and b) he was a part of the good run we’ve been on, and perhaps without him we might have struggled in certain games.

If we’re now looking for a solution as to how to play without him, at least we’re doing it with some momentum and a string of good results under our belts. Maybe it would have had a bigger impact on our season if we’d done it earlier. Anyway, all we can do is wish him a speedy and uncomplicated recovery.

Finally for today, a strange kind of story from Germany in which Leipzig boss Ralph Hasenhuettl has reacted to a story in the media linking him with the Arsenal job when Arsene Wenger’s time is up. He was asked about it at a press conference, and his response was:

It was a well-researched story. There was a lot of truth to it. I have heard of worse fates than succeeding the longest-serving manager in England. It’s not damaging my reputation, is it?

Blimey. You don’t normally hear a manager do that. Have Arsenal been in touch? Is he on our short-list? How long is that short-list? I have no idea. It’s still very odd that Hasenhuettl would be quite so open about it, especially when almost everybody knows how much Arsenal like to keep their dealings under the radar as much as possible.

He is an interesting candidate though, his Leipzig side are currently level on points with Bayern Munich and have a game in hand. But, of course, there’s no indication yet as to Arsene Wenger’s intentions, but perhaps the fact we’re having a quiet word with chaps like Hasenhuettl might tell us something.

If you haven’t had a chance to listen yet, this week’s Arsecast is available below for you to download and stream.

We’ll have a live blog later on and all the post-match coverage over on Arseblog News. Until then, have a great Saturday.

Arsenal need a horse. And by horse I mean win.