During dining at Drones or Rules or some other such historic London establishment I have perused the menu to look for what I call The Lucky Dip. It can be any number of dishes with a few delicious sounding ingredients and a number of unpalatables. It can be Beef Wellington (delicious and patriotic) served with green beans (horrible and French). It could be Carrot (acceptable, sturdy, English vegetable) and Coriander (foreign, suspicious, unfamiliar to the tongue) soup.

In these cases, one mouth-watering item is reduced in its gastronomical delight by its close proximity to something mundane or unpleasant. You’ll all be familiar with the ‘Curate’s Egg’; referring to something that is clearly bad, but is described as nonetheless having good features. It derives form a Punch cartoon from 1895, picturing a meek looking curate eating breakfast at a bishop’s house. “I’m afraid you’ve got a bad egg, Mr Jones,” says the bishop. The curate responds, obsequiously, “Oh no, my Lord, I assure you that parts of it are excellent.”

And that is Woolwich Arsenal at the moment. Parts of it are good – beating a spirited Bournemouth side, for example, and parts of it are bad – throwing in the towel against Bournemouth’s near neighbours Southampton on Wednesday. Within the team Mr. Orwell is indispensable, Mr. Saunders seems to be made of Valyrian steel, Mr. Webbley continues to impress within the forward line. The bad parts of the egg, especially on Wednesday evening, were Mr. Ramsara continuing to disappoint, and everyone’s favourite lanky clown Carlos Suarez, whilst amusing, is not quite up to snuff. We have too many Cumbergrounds in the team – players who are encumbrances rather than assets, and they need to buck their ideas up.

To Bournemouth firstly. Woolwich certainly needed three points at the end of November much like a good supper needs a digestif. We had drawn three times in the lead up and a fillip was most definitely essential. 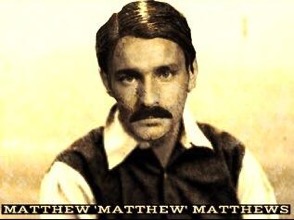 Seven changes were made, most notably Matthew ‘Matthew’ Matthews, the Geordie Gigolo, who has been beset by such bad luck you have to wonder if he refused to buy some lucky heather, or opened an umbrella indoors, or failed to respond to a chain letter, or saw his doppelgänger back in 2013. Or perhaps all of those things. He began the game with both vim and spunk, determined to make an impression on the faithful, and indeed Mr. Windsor, with his application to the task.

The first goal came from a beautifully weighted through-ball from Matthews’ opposite number on the right. He put our little nuclear powered submarine Mr. Whizzbang Saunders bang through on goal and the little chap rounded Bournemouth’s glove butler Mr. Federici for 1-0. Barely ten minutes later Bournemouth were awarded a penalty so soft it could have doubled as a feather pillow with a marshmallow coating. So, 1-1.

At oranges Mr. Windsor applied the metaphorical cane to a number of seats and Woolwich came out buzzing around like a bunch of hungry hornets, fizzing the ball about as if in an American ‘pinball’ machine. Just eight minutes after the restart we were ahead again, with Orwell the conductor. After descaling, de-gutting, smoking and dressing Simon Francis like a Craster kipper he sent it over to the far post. It found Mandeville, who pinged it over to Our Lord Jesus for 2-1. With a noggin bobbler.

Without the efforts of Harry The Helmet – definitely the good part of the Curate’s Egg – we would have been back to a draw, but The Brigadier, who gets off the bench much more effectively than bearded gooner Jeremy Corbyn, provided a lovely gentleman’s favour for Saunders to seal the victory.

To Wednesday then, if we must. We shall not dwell on the embarrassing spectacle. Only Mr. Elleray retained his place, with Mr. Cockleton alongside him. The one cup Mr. Windsor has never won seems to be the only one he shall never win. The unbeaten run is over. Mr. Elleray sustained an injury. On the upside, Messrs. Orwell and Saunders were rested and will be fit for our visit to the Jack the Rippers on Saturday evening. It will be a return for Senor Carlos Suarez, who was almost totally hopeless here.

Comfortably our worst player, worse even than Mr. Abdoulaye Ramsara. He was hooked for the pedigree of Ainsley Maitland-Niles, of the Buckinghamshire Maitland-Niles, who was a vast improvement. The ironworks await. It will be an interesting contest.