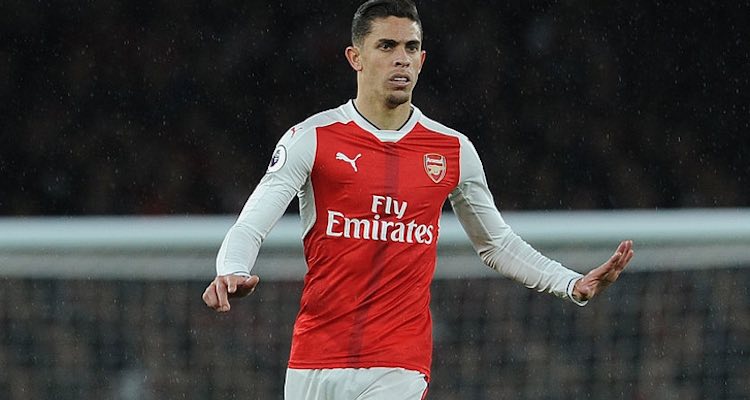 As you would expect, given the week that’s in it, things are pretty quiet. It’s not just because Christmas is almost upon us, it’s because we lost two games in a row and that does have an effect on how much #content can be churned out.

The only thing emerged from the official channels was a story from Gabriel about how they have to keep working and how there’s no winter break like there is when he played for Villarreal. I do hope they’re not setting him up as the new Johan Djourou, rolled out to do the ‘we must keep working, we can bounce back’ thing after every disappointing result.

Arsenal: Gabriel, we’d like you to do a thing.

Gabriel: Are you sure?

Gabriel: I won’t lie, I am slightly worried.

Gabriel: It’s just that it feels like it wouldn’t be.

Arsenal: What gives you that impression?

Gabriel: Ok, you say that, but in an effort to improve my English I have taken to media of the social variety.

Gabriel: I’ve been reading some of the replies to the Tweets and Facebook posts you’ve been sending out. They don’t, to my mind at least, seem to particularly understand.

Gabriel: It seems to me that were I to say anything at all, I would be letting myself in for a rough-ride. I’m just a man. A sensitive, caring man. I don’t need a stream of invective directed my way.

Gabriel: I think you know it will. People will say terrible, mean things about me, regardless of how innocuous my comments are. Things like ‘Oh pls u horrible af‘, ‘ If don’t like it that way u quite and sink ur axe in clubbing‘, ‘You don’t deserve to wear Arsenal T-shirt‘, ‘Such Heroes much brave to kick a ball in Xmas‘, and ‘No more job! its already dead you coward Gunners! Enjoy your holiday your 4th place is Reserved!!‘*. Why would you do that to me?

Arsenal: Don’t be silly, of course that won’t happen. This is the Internet. Home of polite discourse since … well, we don’t know when, but for some time now.

Gabriel: I feel like I must decline your request. However, I do thank you for thinking of me in relation to this opportunity but–

Arsenal: It’s in your contract. You’re doing it.

Still, I suppose it’s better than when we beat West Brom 3-0 with a Mesut Ozil hat-trick and Theo Walcott tells us after the game that the players had a super-secret players meeting at Player HQ in which tough words were exchanged about how everyone needed to pull their weight and do more and work harder and be more switched on and concentrate for longer and pull together and by the way this meeting was really top secret and it’s best not to say anything about it at all but basically everything will be all right now that this meeting that nobody should know about took place because it shows that there’s real solidarity and harmony in the squad and they know exactly what they need to do and – more importantly – what not do but for now there’s enough talk about this meeting that was more secret than a squirrel named Victoria.

Then we lose 1-0 against Crystal Palace when a speculative Mathieu Flamini shot from 35 yards flies into the bottom near post corner like an absolute Comet. He refuses to celebrate and when he and Mesut have a bro-hug after the game all the Twitter replies to the Arsenal match report demand that the German is sold after being horse-whipped for an hour on a temporary flogging platform on the roundabout outside the stadium.

But look, enough of this Christmas cheer. I’m trying to reign in my helpless optimism a bit. It’s not easy right now, as I’m sure you understand. To try and change the mood a little, I’ll leave you with the mostly annual Christmas song put together by myself and James from Gunnerblog.

Hard as you try, Can you stop the BFG?

-* These are actual replies from the Arsenal Facebook page.

Does a Gabriel departure mean a Chambers stay? + Wenger puts it up to Stan