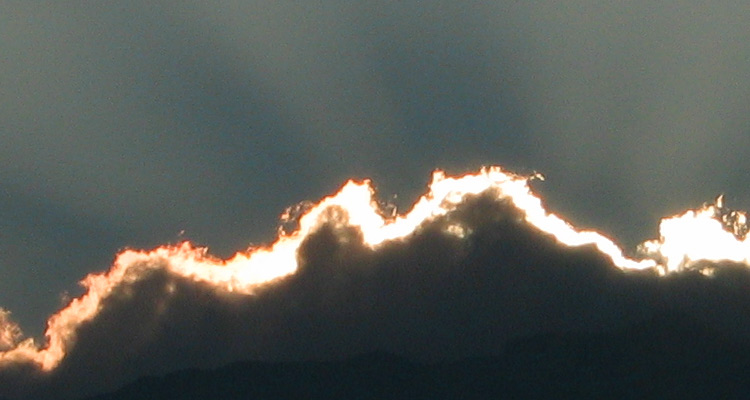 Good morning, I’m doing my best to fight off a pre-Christmas cold. Hopefully my efforts have a little more aggression and success to them than Arsenal in the last two games. Boom, and indeed, boom.

What can you say? Seriously. What else is there to say about this last week? James and I talked it out on the podcast yesterday, trying to figure out what had gone wrong and why we were so insipid in our last two games. I’d love to tell you that we had it all figured out but the arbitrary nature of sport itself makes that pretty difficult.

Was it tactics? Was it our system? Was it our game-plan? Was it a lack of fight? Was it lack of organisation? Was it the absence of a clear playing style? Was it big players not turning up? Was it to do with the team not displaying the requisite fight and passion? Was it that we didn’t want it enough? Was it a psychological issue that has seen this team go almost two years without a win against one of the big sides away from home? Was it that luck was against us with two offside decisions that on another day might have gone for us? Was it simply that in two moments we weren’t switched on enough to defend the City goals properly?

If there is a crumb of comfort though, it’s in what lies ahead. I like to imagine that stern words will be said at the training ground this week. Not necessarily from the manager, but from the players themselves. They, as much as anyone, have to take stock of this, and ask themselves if winning the Premier League is something they really want to do.

If there are some noses put out of joint, so be it. Better to have a nose out of joint than no nose at all, as the old saying I just made up goes. I think a little frisson, a little bit of confrontation, can be a good thing, and I hope there are the characters within this group of players to do that.

That aside, the fixture list provides us with a genuine chance of getting right back in the saddle and building some momentum once more. Taking nothing for granted, of course, but they’re six pretty winnable games. Certainly so if you have ambitions of winning the title. Let’s look.

If one of the accusations levelled at us is that we’re flat track bullies, I don’t think you could ask for a flatter track in terms of a run of Premier League games. Of course each team provides its own test, and I’m not saying they’re going to be easy opposition or anything like that, but it’s definitely a chance to take 18 points, and as we’ve seen this week things can change quite quickly in this league.

During that period, Chelsea have to face Sp*rs, Leicester and Liverpool (among others), so they have some difficult games ahead. If they keep on winning then there’s not much we can do about that, but hopefully they’ll drop some points along the way and things will tighten up at the top.

Then, after that run, we go to Stamford Bridge, where we simply have to put an end to this dismal run of games away from home against the league’s best opposition. The manager has to find a way for his team to win one of these fixtures and rid us of this psychological millstone that’s around our necks. The longer it continues, the heavier that burden becomes.

So, in conclusion: this last week can go take a running jump. It’s undone a lot of the faith in this team that had been built up during that 14 game unbeaten streak, and as ever with Arsenal when a run like that comes to an end it takes us a little while to get going again. With a good seven days between games though, there’s the chance to recharge the batteries, take stock, and then start over against West Brom where anything other than 3 points would be a terrible outcome.

For some extra reading this morning, this look at modern football ‘reporting’ from John Nicholson is excellent. As much as possible we try and avoid the worst excesses of the online landscape here on Arseblog and Arseblog News. Ultimately what you put out is how people judge you, and there’s a lot to be said for content that’s interesting and relevant but not playing to the lowest common denominator. There are plenty out there who cater for that.

And if you don’t like it, here are 5 reasons why you can stick it up your hole, and following that I’ll show you how Twitter reacted to it. Zzzzzzz.

Finally, yesterday’s Arsecast Extra is below. As I said, James and I discuss the Man City game and the way this last week has affected us. It might be cathartic, give it a lash.

Right, that’s that for this morning. Have a good one.