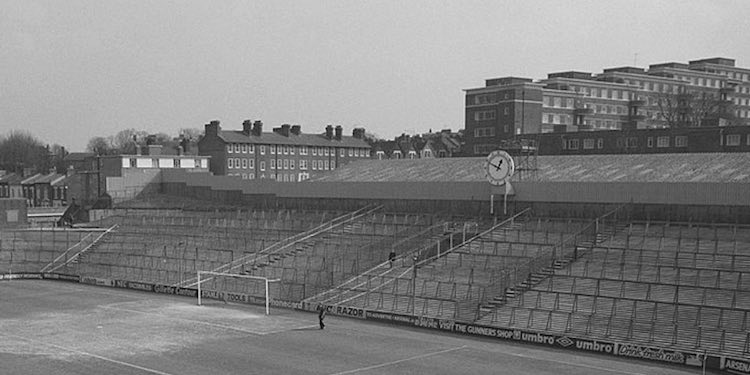 So, the news from Chile is that Alexis Sanchez is going to play tonight against Uruguay. Having missed last week’s game, coach Juan Antonio Pizzi says he’s fit enough to play this game:

Sanchez was not ready for the game in Colombia, but we knew the injury was a small one and we could have him for this match. It’s not that he hasn’t trained, he’s trained every day, even when we were in Colombia he did a different kind of work. Yesterday he took part in full training.

He took part with a massive bandage on this thigh. Precautionary? Perhaps. Holding it all together? Also perhaps. He then tried to reassure Arsenal, along with Bayern Munich who have similar concerns over an injury to Arturo Vidal, that they had the players’ best interests at heart:

All of the clubs can remain calm, we are very respectful of our players. The health of our players is paramount, we will never force any player who has not got the medical all-clear.

But what exactly is an all-clear? Is it ‘He’s all-clear to just about get through this game if all goes well’, or, ‘He’s all-clear and completely ok to play with any danger of doing himself more damage’? That is the $64,000 question here.

So, this is either very encouraging news in that he’s had tests, is training and everything is ok. Or it’s terrifying news that because of the importance of the game they’re fudging the seriousness of the problem, hoping he can do 90 minutes, and then after that they don’t really care because they don’t have another international until next year.

The game kicks off tonight at 23.30 (here), and no doubt there’ll be plenty of Arsenal fans watching on anxiously, to see how he plays, how long he plays, if he looks fit, and all the rest. We’ll know more in the morning.

Elsewhere David Ospina should be in action against Argentina, while back across this side of the Atlantic, there’s potential involvement for Shkodran Mustafi, Theo Walcott, Laurent Koscielny and Olivier Giroud due to a round of utterly pointless friendlies taking place.

With key games coming up against Man United on Saturday, and PSG next Wednesday, Arsene Wenger will be keeping his fingers crossed that everyone comes back safe and sound. He spoke about the fear that the Interlull brings because of potential injuries, saying:

Sometimes you have a sleepless night. We have an hour afterwards where we text each other, myself and the physios, to ask: ‘are they alright? Oh, we’ve got this injury, we’ve got that injury.

When you consider that the plans he might have had for Saturday’s game are already changed because of the absence of Bellerin, losing anyone else would mean another rethink. With players coming back late, travel fatigue to contend with, and an early kick off too on top of it all, these are not the easiest games in the world to prepare for anyway, so it’s little wonder he sounds a bit fretful.

Meanwhile, for the second time recently, the manager has given his backing the idea of safe-standing in English stadia. Since the Taylor Report and the introduction of all-seater grounds, there has been a slow, but steadily increasing, desire to see terracing of some form or another return. It’s obviously an emotive issue, but it’s something that works perfectly safely in other countries, and Arsene believes it would improve the atmosphere during matches.

Speaking to beIN Sports, he said of all seater-stadia:

The further you are away from the position of the players, the less supportive you are. The more comfortable you are … imagine people all lying on their backs and watching the game. Half of them would fall asleep. It’s taken something away. It’s added security but it’s taken something away on the frenzy of the support.

And on the introduction of standing areas:

I’m absolutely in favour of it. I said that recently. I was really sad with what happened at West Ham because it gives some arguments to those who are against standing support.

I personally am completely for it, especially behind the goal. You would have a different atmosphere in the stadiums.

I don’t think there’s any doubt about that. Terracing would certainly create an energy that’s not always present when everyone’s sitting down on nice, padded, comfortable seats. It’s also something that, these days, could very easily be done without putting people’s lives at risk. It wasn’t that terraces themselves were fundamentally unsafe, it was far more to do with how football fans were treated by the authorities (footballing and otherwise).

I suspect it’s something that’s still a long way off, but support is growing, and it’d be great to see Arsenal officially get behind this. When the manager has twice given it his backing, you’d hope those above him would get on board too.

Finally for today, a really interesting read from Tim Stillman over on Arseblog News about Arsenal, local schools, and different languages. With a playing squad from all over the world, some of them better than others at learning a new tongue, communication is a key factor. Some fascinating stuff in there, the fact that Petr Cech can speak 7 languages fluently is really quite remarkable (although Arteta could speak 9!). Good reading.

Right, that’s just about that. If you haven’t had a chance already to check out yesterday’s Arsecast Extra it’s below. But before that, a small favour. The Arsecast has been nominated as Best Podcast in the 2016 FSF Awards. We’re up against some very stiff competition, like Football Weekly, the Football Ramble and others, so if you could take a couple of seconds today to give us your vote it’d be very much appreciated. Vote here.

And don’t forget, tickets are still on sale for our live event on Thursday November 24th, come join us for an evening of Arsenal chat and more – tickets available here.

Right, fingers crossed for the hamstrings of Alexis, news throughout the day on Arseblog News, more from me here tomorrow.